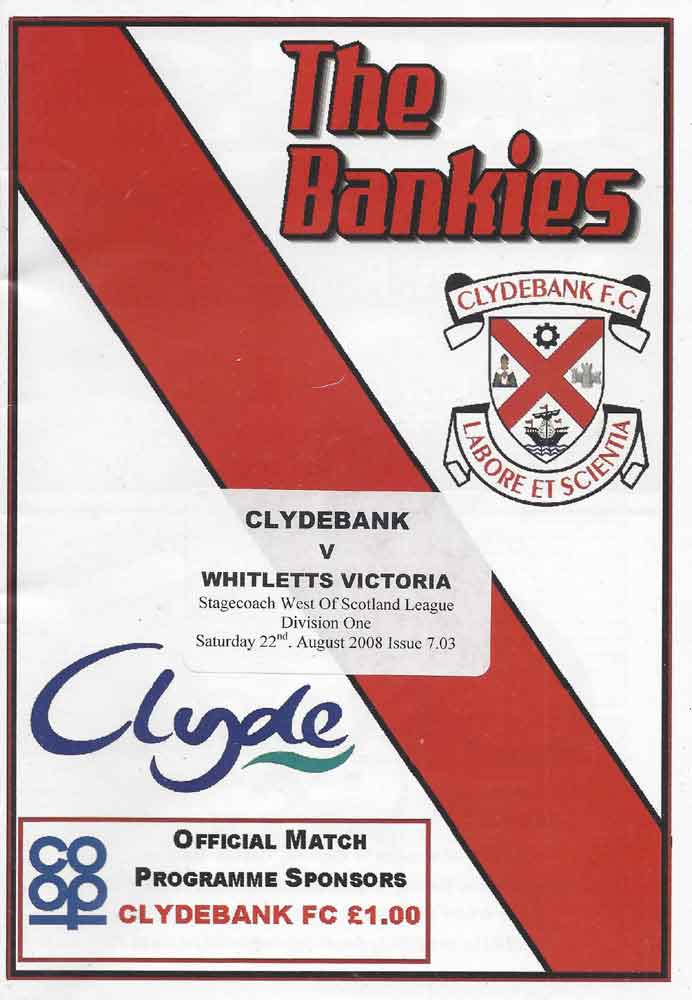 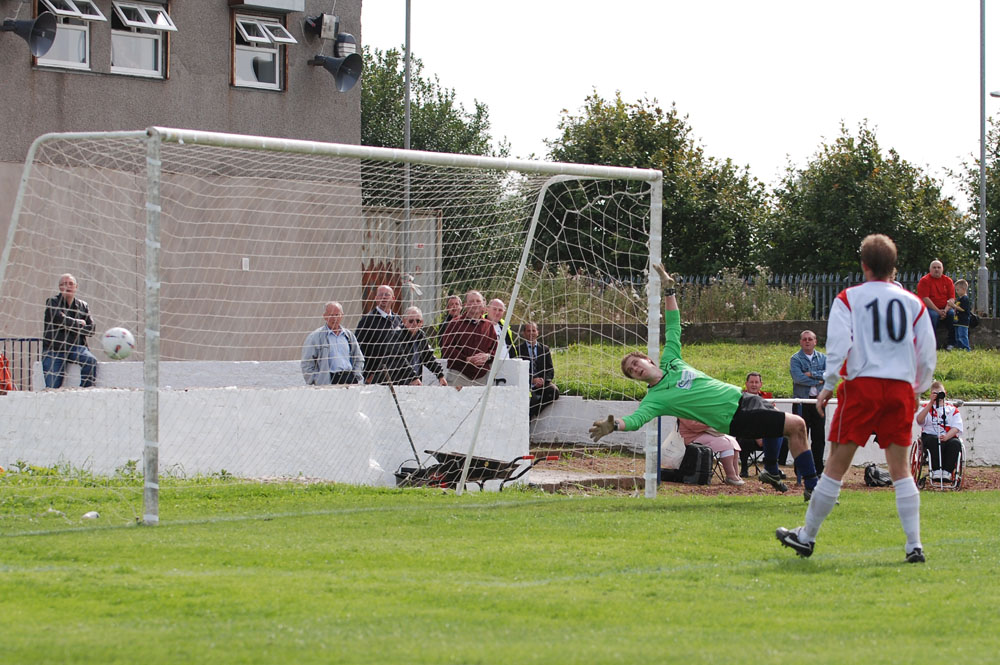 Clydebank got their league season off to a perfect start this afternoon by putting Super League new boys Victoria Whitletts to the sword with a comprehensive 3-1 victory.

Right from the first whistle, the Bankies made all the running with Dymock giving the Vics defence all sorts of bother. As early as the second minute he had a snap shot from the edge of the box saved by Barclay. Two minutes later he had the ball in the net after he steered home a deflected Nikky Cairney shot. Unfortunately, the linesmen adjudged him to be offside.

Whitletts were being stretched at the back and a diagonal ball into the box caused confusion between Buchanan and Goalkeeper Barclay. This allowed Dallas to nip in between both of them, forcing Barclay to impede the striker and a penalty was duly awarded. The normally dependable Gary Lynn stepped up to the mark and despite sending in a decent spot kick, Barclay threw himself to the right to turn the ball away for a corner.

The visitors were visibly lifted with this let off and almost scored at the other end when Cameron headed over from a near post corner kick. This revival was all too brief as Clydebank took the lead 4 minutes before the break. Stevie Dallas controlled a Paul Allum throw on he right wing. Displaying neat footwork, he gave himself a yard of space to whip the ball deep into the box, where John Jack was perfectly positioned to nod the ball into the net.

Clydebank, evidently lifted by the goal begun the second period in blistering fashion. Ross Campbell led the way by smashing a tremendous shot from twenty yards, which the keeper did well to parry away. Brian Smith, who had one of his best performances in a Clydebank shirt, went on a mazy run and rifled in a cross that was met by the head of Paul Allum. He was unable to get enough on it and the ball went wide.

A minute later and the Bankies were awarded a second penalty, when a handball was spotted by the referee. Usual penalty taker and captain, Gary Lynn was rebuffed by Stevie Dymock who insisted on taking the kick himself. The big striker's insistence backfired however, as he went for power and only succeeded in rattling the ball off the keeper's legs.

Only a goal to the good and two penalty misses could have been disastrous for the Bankies, but luckily Stevie Dallas came up with the perfect answer. A man of great persistence, and a constant thorn in any defence he got his reward when he crashed the ball into the net from close range.

The third goal duly arrived on 63 minutes when Brian Smith supplied another fantastic cross. This time Paul Allum connected superbly with the ball and despite getting down to save the ball, Barclay could only push the ball into the net.

With the game effectively won, Budgie McGhie brought on Molloy, Hobbs, and Selkirk. The latter two could have added to the Bankies lead in the closing stages. Hobbs with a spectacular diving header that was saved by Barclay, and a headed effort by Selkirk that was unlucky not to go in.

With the home support heading towards the exits, Vics grabbed an injury time consolation. A quite stunning shot by ... was equally well saved by Gonet onto the crossbar. The visitors finally got a break as the ball dropped to substitute Fulton who knocked the ball into the empty net.

A quite satisfactory start to the season where the margin of victory could have been much larger. Whitletts are likely to struggle at the bottom end of the table, however these are exactly the games that the Bankies have struggled to win in recent seasons, and this will breed confidence as we head off for a tricky tie at Neilston next week.