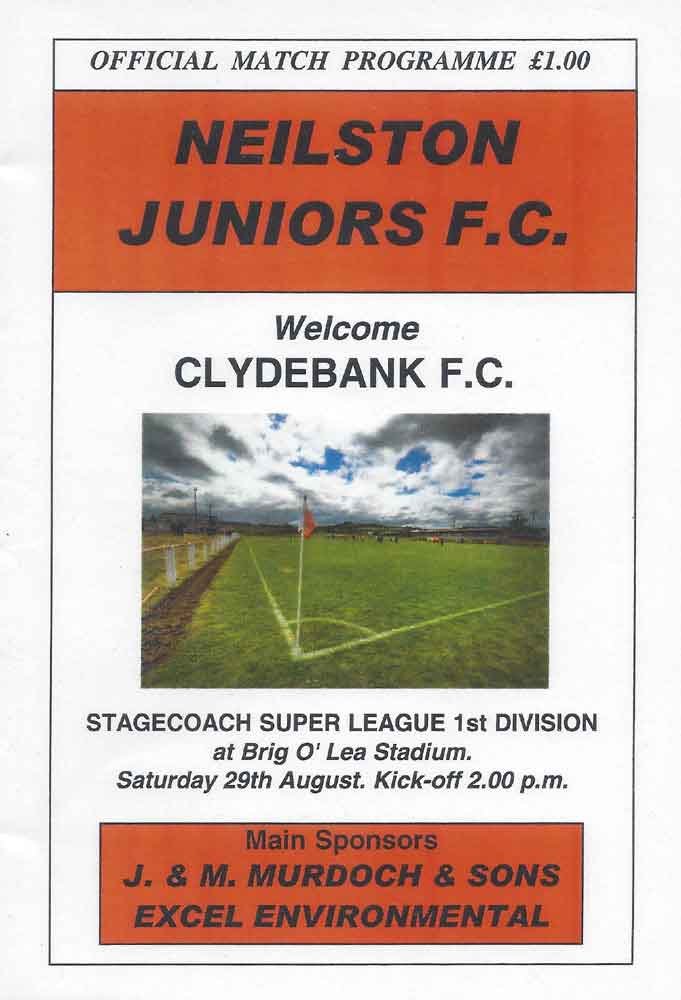 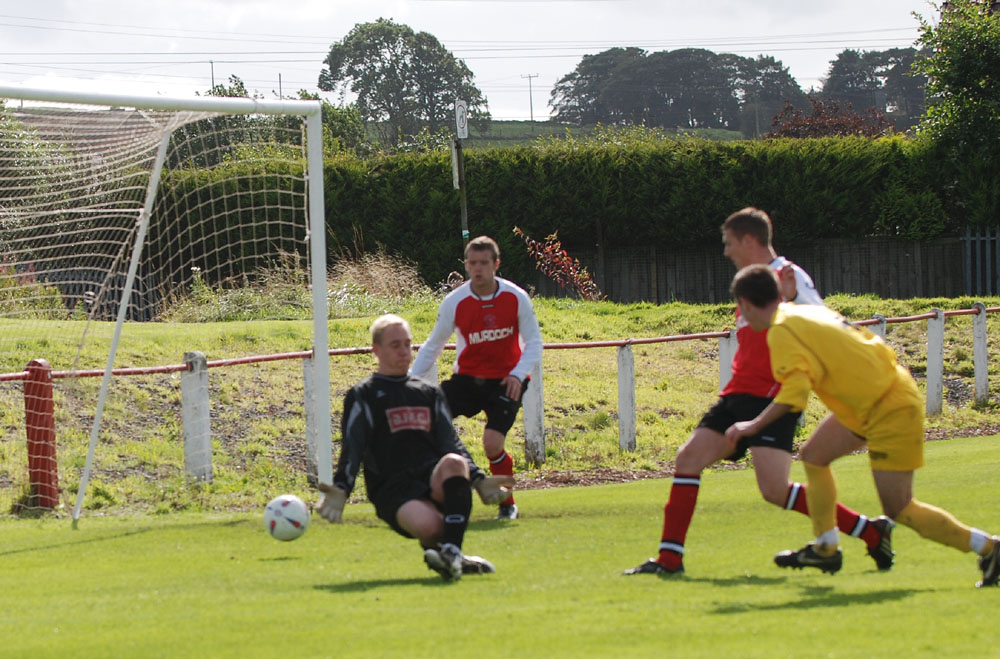 Clydebank kept their winning start to the league season intact with a thoroughly deserved victory over Neilston at Brig O Lea Stadium. Despite a slight wobble at the start of the second half that allowed the home side to draw level, the three points always looked to be heading back to Holm Park

The Bankies away form was one of the main factors that promotion eluded the club last season, but on this evidence Budgie McGhie has the firepower to mount a serious challenge this term.

From the very start, the front pairing of Dymock and Dallas were a handful for the Neilston defence. And with Charlie Hobbs coming off the bench to decisive effect the Bankies have options in attack not seen in many a year.

As early as the 6th minute Dymock worked a fantastic one-two with Dallas, and only a brave save by home keeper prevented the Bankies taking the lead.

The rest of the half belonged to the Bankies, and it took a lot of endeavour to finally take the lead. Dallas, Harvey, and Jack all passed up opportunities before McInnes missed the best chance so far when he weakly headed the ball into the ground and into the arms of the keeper when it looked easier to score.

When the goal arrived it had a touch of luck about it. Gary Lynn cracked in a 25-yard free kick, and a took a wicked deflection, wrong footing the Neilston Keeper and into the net giving the defender his third goal of the season.

Clydebank should have increased their lead before the interval when Dallas glanced a header just wide of the far post from a set piece, and Dymock missed a glorious opportunity when he headed straight at the goalkeeper from 6 yards from a Gary Lynn free kick.

Within three minutes of the restart, all of Clydebank's hard work was undone with a sloppy goal. The levels seemed to drop off and this allowed William Stuart to sneak a low shot, which may have taken a deflection, to squirm past Stefan Gonet and draw the sides level.

Shell Shocked by this, the Bankies had to weather a spell of pressure from the home side. Twice, Cameron found himself in goal scoring positions. The first was well saved by Gonet, and the second sneaked past the post much to the dismay of the big striker.

Bankies gaffer, McGhie, brought on Hobbs for Dymock after an hour to arrest the pressure, and it paid off almost immediately. A sloppy attempt at a clearance deep in Neilston's half of the field was charged down by Campbell and it spun beyond the home defence.

Showing a true striker's instinct, Charlie Hobbs pounced on the chance, and beat the Neilston keeper to the ball, and as the ball spun up in his favour he calmly nodded the ball into the empty net.

This put paid to Neilston's hopes and the Bankies assumed control of the match. Brian Smith looked to extend the lead when he shot wide at the keeper's near post when he would have been better served rolling the ball across the box as the Bankies had two men over.

However, the killer third was not to be too long in coming. Fine play on the left by Allum, saw him play the ball into the path of the oncoming Nikky Cairney. The midfield showed quick feet to round a defender and slip the ball under the keeper wrapping the up the three points

The Bankies were well worth their victory today, even taking into account the second half wobble. It is vital to keep this run going as long as possible, and with the club to visit Annbank next week it is the perfect opportunity to lay to rest the hoodoo at New Pebble Park that has saw the Bankies lose every time.