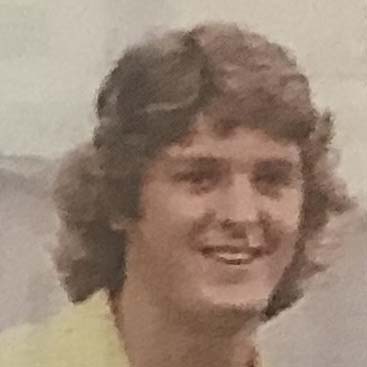 Very highly thought of showstopper who had trialled with Celtic as a 16 year old, and seemed to be on trial everywhere early on in his career. In the days before goalkeepers played it out from the back, this talented boy could throw the ball with either hand and reach the halfway line. Mr Steedman invited him to trial on successive Saturdays in November 1972. He was only 17 when he made his debut at Kilbowie on 11 November 1972 in a 2-1 loss to Berwick Rangers in which he looked safe and assured. He was not the only debutant that day, as new signing Billy McColl was also introduced to the Bankies fans and would hang around a lot longer.

Ronnie Lowrie’ s last match was at Love St. on 18 November 1972 as the Bankies crashed to a 4-0 defeat. At this point, it should be mentioned, that Ronnie Lowrie was the goalkeeper for St. Roch’s, and it was like going back in time, to 1968 and seeing another St. Roch’s goalkeeper John Brady fighting to hold back the tide. Love Street. that day was brick hard with icy patches, Clydebank had not packed the Sambas, and the traffic was all one way. Young Lowrie pulled off save after save trying to keep the Bankies involved but eventually had to concede defeat as St. Mirren romped to an easy win.

Mr Steedman offered Ronnie Lowrie a contract but he rejected it. Clydebank had found themselves in the position of playing trialists goalkeepers, Ronnie Lowrie was following on from Stewart Forsyth, who had a three game trial period prior to this, as a result of selling Mike McDonald to Stoke City who needed a replacement for England World Cup goalkeeper Gordon Banks. Like Ronnie Lowrie, and John Brady before him, Mike McDonald had been the goalkeeper at St. Roch’s.

Fate sometimes takes a hand, and it certainly did with the St. Roch’s boys and Clydebank were the beneficiaries. John Brady played really well in his one game for Clydebank, but Clydebank signed his younger teammate Mike McDonald. Mike McDonald gave great service to Clydebank and got a move to Stoke City and £30,000 headed into the Clydebank coffers. Ronnie Lowrie may well have been the Clydebank goalie for years to come but turned down the chance to join. Thanks to this refusal, the bargain of the century was to walk through the doors and for Mr Steedman there was no price to pay, a free transfer from Arbroath was to become a Clydebank legend. (Jim Gallacher for the uninitiated.)