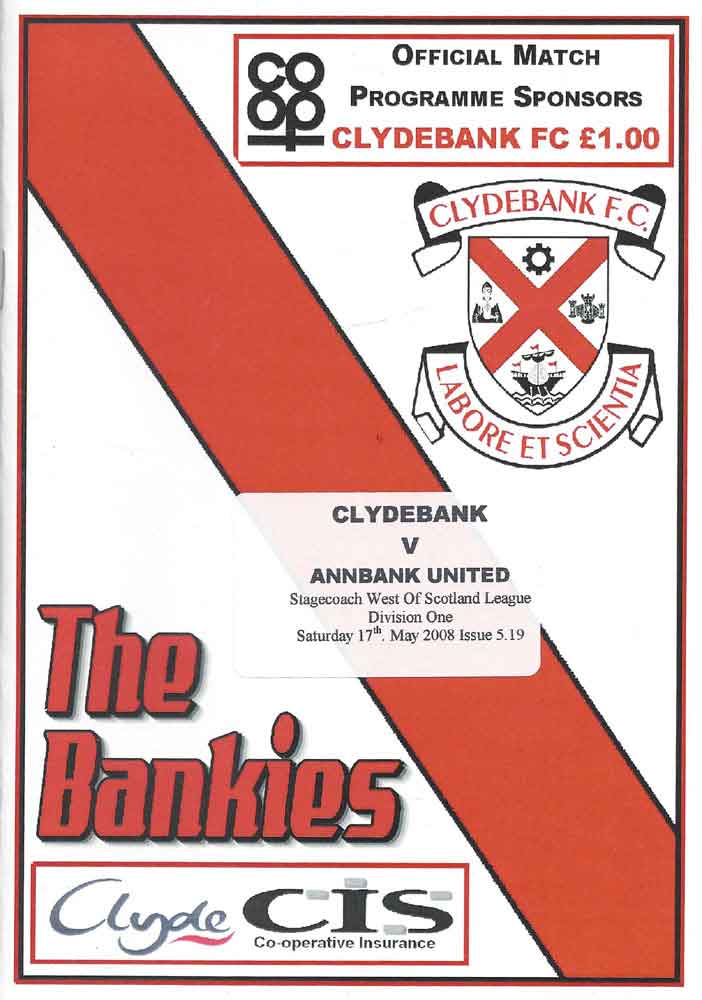 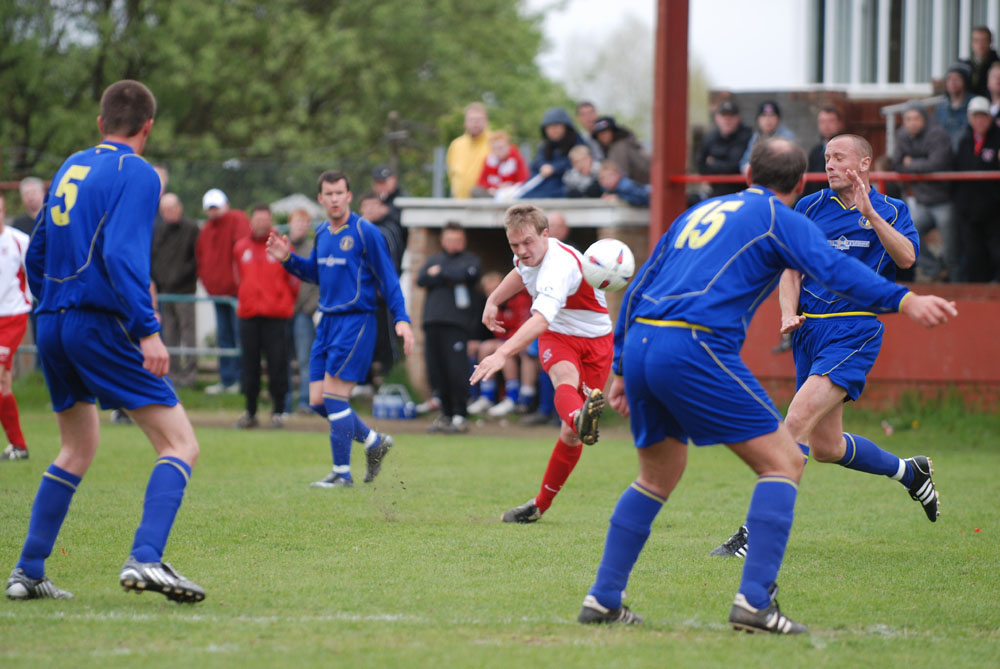 With confidence surging through the side following back to back victories, the Bankies laid siege to the Annbank goal right from the start.

Within the opening two minutes Cunningham had a header saved, and a Hailstones free kick hit the outer frame of the goal as the home side signalled their intentions.

The onslaught continued as Hailstones cracked in another free kick that squirmed through the hands of McGarrity and off the upright for a corner.

Jordan, Miller and Proctor all tested McGarrity, before the weak resistance from Annbank finally crumbled, and the Bankies took the lead after 16 minutes.

A deep back post corner found Allum in acres of space, where he controlled the ball and smashed it high into the net to notch his fourth goal of the season.

The Bankies had to wait another twenty minutes to add a second to their tally, but it was worth the wait.

Showing the confidence that has grown within the side in recent matches, a controlled move that saw 13 consecutive passes was duly finished off with great aplomb by Hailstones and effectively killed off the game as a contest.

Annbank rallied briefly before half time but only a wild volley from Main gave the home defence any cause for concern.

The second period continued in much the same vein, as Clydebank forced a series of early corners, with Hailstones coming closest with a 25 yard strike after Jordan fought for the opening.

In a remarkable moment, Barry John Corr almost scored with a kick out. As the ball soared towards the goal, McGarrity was forced to scramble the ball over the bar with a two handed lunge.

With twelve minutes to go, Annbank created their best chance of the match when Wilson found himself clear of the Bankies defence, but he thrashed it over the bar, when he really should have cut the deficit.

This stung the Bankies into action, as they created a flurry of chances in the remaining ten minutes. Firstly, Fisher brought out a fine save from McGarrity.

Then, Lappin drove the ball across the box hard and fast. Mark Bowie had to stoop to get his head on the ball and it unfortunately looped just over the top.

Paul Allum was having another fine game in midfield, and from his cross David Fisher should have done better than send his header wide of the keeper's left hand post.

A third goal was not to be denied, and it was a fine strike from Peter Jordan that sealed it. Hailstones and Allum opened up the Annbank defence and Jordan chipped the ball delightfully over the keeper to make sure of all three points.

From the first whistle there was never any doubt about this result. Annbank are already safe in the league, however the Bankies still had to produce the performance to earn all three points. Budgie McGhie will be delighted with the upturn in fortunes and with six games remaining will be confident of pushing for a mid table finish.