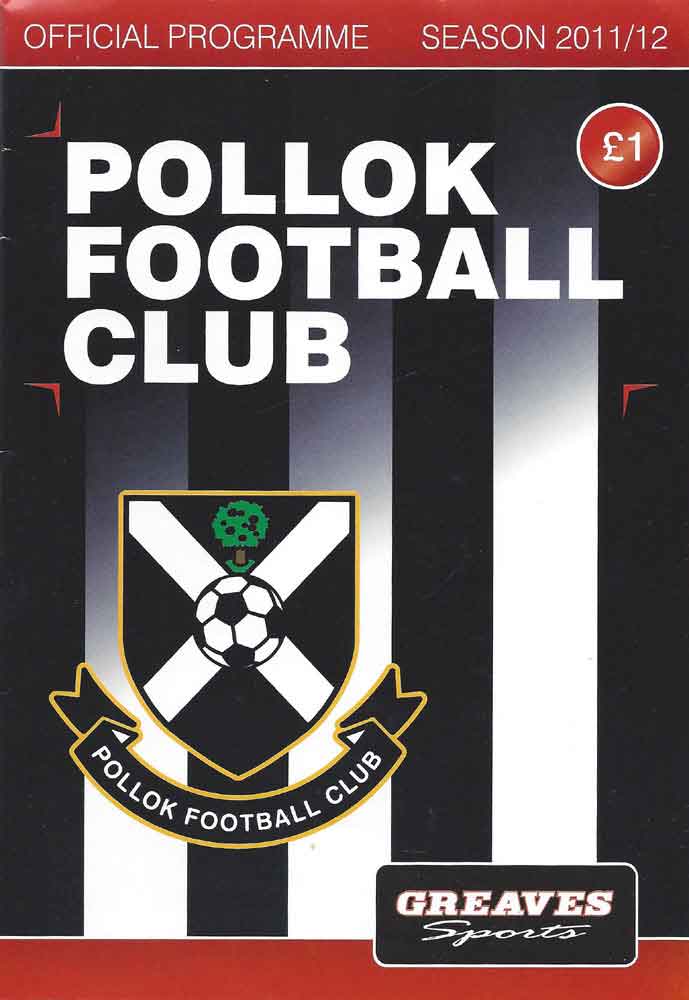 No match report could do this game justice if you are a Clydebank fan, however for the sake of posterity we’ll give it a go. This was quite simply a stunning game of football that had everything; great football, goals galore, sendings off, controversial incidents, and a remarkable comeback. In short, it was a fantastic advert for football at this level.

The Bankies had visited Newlandsfield on three separate occasions – only once against Pollok, and emerged victorious on every occasion. There was hope for optimism in the first minute as Hailstones rifled a shot over the bar from a Paterson centre. Clydebank kept up the early advances when Morrison had to be sharp to tip a Hailstones free kick over the bar. This early pressure was rewarded with a goal on the nine-minute mark. The ball was played through to Hobbs, and he did superbly well to hold off two men before nicking the ball into the penalty box. Stevie Dymock won the race to the ball as he skilfully clipped the ball over Morrison and into the net.

Within two minutes it was all square with Pollok’s first shot on goal, and there was a touch of fortune to it. An over-hit cross ball was heading into the net, and Gonet could only scramble the ball off the line. Bradley tried to get his head on the rebound, but managed to divert the ball into the path of Diack who stabbed the ball into the unguarded net.

The Bankies kept coming forward and Campbell wasn’t too far away as he stooped to head a Hailstones free kick over the bar. However, Pollok’s attack was starting to kick in, and McGinty wasn’t too far away with a neat turn and shot that went narrowly wide. Diack then got in front of the Bankies defence to send a header over the top which was followed up by a blistering shot by McLaren that met a similar fate. After 27 minutes Pollok deservedly went in front from a quick break. McGinty sauntered up the left wing, and with plenty of time he produced a quality pass to McGinty who took the ball in his stride before rounding Gonet and slotting the ball home.

A third came before the break when a huge punt up the park split Bell and Campbell apart. Diack who had positioned himself between the two defenders was then able to chase the ball down and calmly place it beyond Gonet and into the net. Although, Pollok had been formidable in an attacking sense, the Bankies had still been in the game at this point, and maybe felt a little disappointed to be so far adrift going into the break.

However, what was to follow was a quite sensational second half. Most Bankies fans were thinking more in terms of a third straight defeat, and damage limitation. It all hinged on an off the ball incident early in the second half. Charlie Hobbs fell to the ground next to Jordan Smith. It wasn’t clear to most what had happened. But the assistant referee put his flag up straight away. He signalled to the referee that an elbow had been used, and the man in the middle immediately waved the red card in Smith’s face.

Before Pollok could tactically re-arrange the Bankies had pulled a goal back. Morrison badly fumbled a Hailstones’ cross, and Charlie Hobbs couldn’t believe his luck as the ball landed right at his feet leaving him the simple task of knocking it over the line. This got the Bankies players buzzing, and as the home side proceeded to stick with their attacking formation a real open game ensued. McGinty shot weakly at Gonet after twisting and turning in the box, then down the other end Tommy Martin’s scorcher was deflected over thanks to the head of Aitchison.

The Bankies were being allowed way too much space in midfield and it wasn’t a real surprise when the equaliser came with 61 minutes on the clock. A ball down the left wing released Dymock, and he pulled the ball back across the six yard box, where he found Ian gold at the near post. The youngster made a lung busting run into the box and got his reward when he slid the ball home at the near post from Dymock’s centre.

Pollok could have gone back in the lead after 65 minutes when Bradley slammed the ball over the bar from an eminently scoring position. The home side were still giving the Bankies defence something to think about, but there was always a chance this risky tactic would backfire, and it did after 72 minutes. The Bankies were awarded a corner that was swung in from the left-hand side. Barry Crawford missed the ball completely at the near post and this had the effect of deceiving everyone else, and it travelled to the back post. Darian MacKinnon was the recipient, and with still a bit of work to do, he skilfully sidestepped a defender before easing the ball into the gap in the goal.

However, in a carbon copy of the first half, the Bankies lead was short lived. Within a minute Nichol brought the sides level with a fantastic low diagonal shot from 25 yards.

Pollok had already lost a two-goal lead, and managed to get themselves back into the game after falling behind. Perhaps seeing out the game would have been the sensible option this late in proceedings. However, this didn’t seem to be on the radar, and they paid the price with only three minutes remaining. After losing possession in their own half, Pollok were short handed at the back. McPherson pleayer the ball to Hobbs on the right wing and he carefully rolled the ball across the penalty box where MacKinnon was waiting in acres of space to drill the ball low into the net.

To cap a miserable day for Pollok, Bradley received a straight red card for a petulant kick at Tommy Martin long after the ball was gone. The ref blew the final whistle and scenes of great joy erupted on the field and on the terraces as the Bankies achieved a remarkable result and got their league season off the starting grid.

As a stand-alone game this was a superb match, and will no doubt be remembered fondly for years after the fact. However, without trying to burst any bubbles it should not be forgotten the position that the Bankies were in at half time which was 3-1 down and two defeats already behind us. It was an extremely welcome three points, but will count for nothing if it can’t be backed up against Ashfield next Saturday.