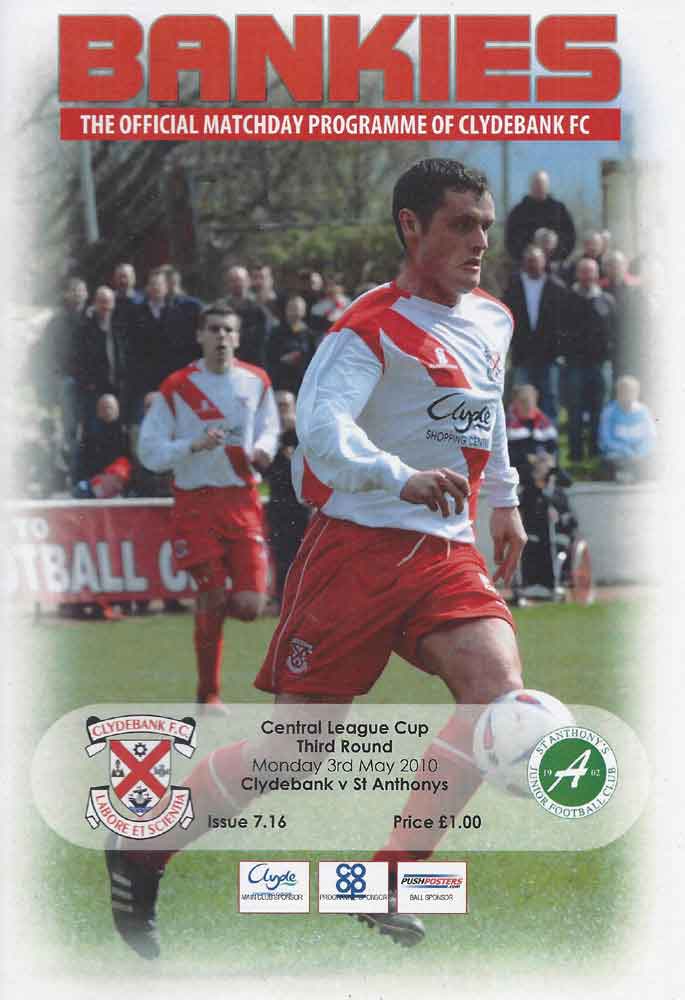 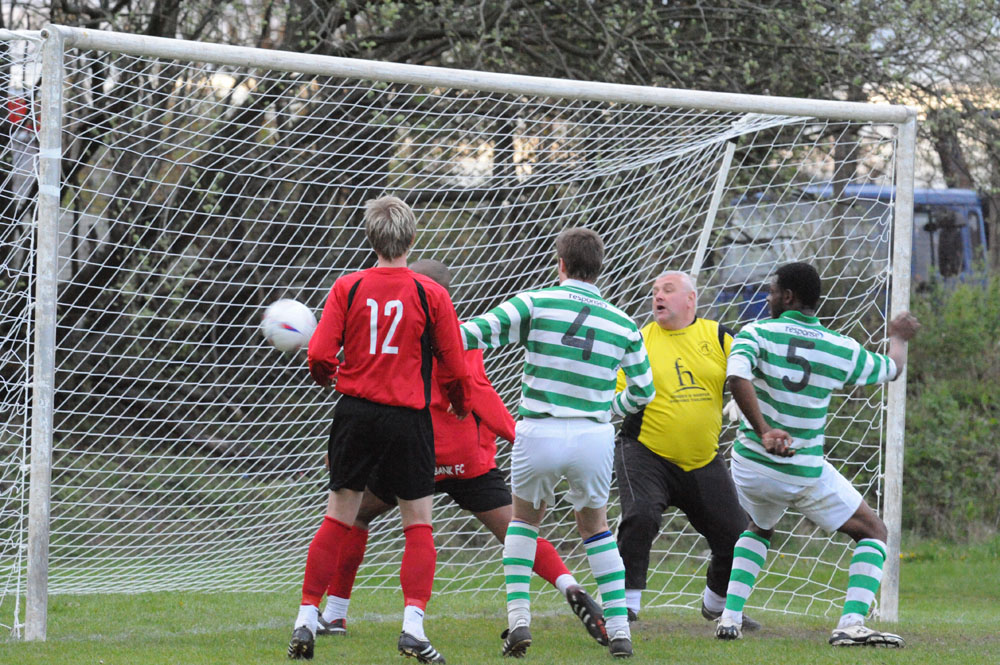 As the advert goes, “If Carlsberg made football matches……”, then this probably wouldn’t be it! Clydebank made it through to the quarter finals of the Central League Cup at the expense of St Anthonys in what can only be described as a dire game of football. The sides were separated by a Gary Lynn goal nine minutes from time that was actually a cross ball that evaded everyone and snuck in at the back post.

The Bankies made several changes from Saturdays match with Annbank with Vezza, Marshall, Blair and Soutar all making starts with Jack and Mackie also returning to the starting line up.

Clydebank replied to this at the other end, as Hailstones tested the Ants goalkeeper with a shot from the edge of the box. With due respect, the Ants keeper was not the most agile the world has ever seen, and it was a great disappointment that this was about the only on target shot the Bankies managed all night.

It really was a dreadful spectacle for the fans, and it took until the half-hour mark before the next real opportunity arrived. It was no surprise that it came from St Anthonys as they were generally the better side. This attempt was a stabbed volley by Miller that was dealt with by Liam Campbell quite comfortably.

This was the last action of the half, and it didn’t get any better in the second period. The next action noted was on the 58th minutes when a brown header was so far wide, that it nearly broke a window in the clubhouse. Clydebank were no better, and when they finally had a shot it was miles wide of the mark. Vezza volleying Hailstones corner over the fence being an example.

Midway through the half, and Clydebank almost took the lead when Mackie received a Jack header with his back to goal. He neatly flicked the ball over his head, and the ball slipped agonisingly past the far post.

With twenty minute remaining Smith and Dymock came on for Blair and Smith, and finally the Bankies looked to have a bit more urgency in their play, however a goal looked as far away as ever.

Then with 9 minutes remaining the Ants gave away a free kick on the right hand side. Lynn swung it in with his left foot, and the immobility of the goalkeeper was finally shown up as the ball went straight into the net without another touch.

St Anthonys could have taken the game to penalty kicks when Dickson nipped in front of Soutar, but Campbell was off his line quickly to block the shot.

The ref brought the tedium to an end, and it adds another game to the Bankies hectic end of season schedule. It is the first time the Bankies have reached this stage of the Central League Cup, and it would be churlish to not make every effort to go all the way.