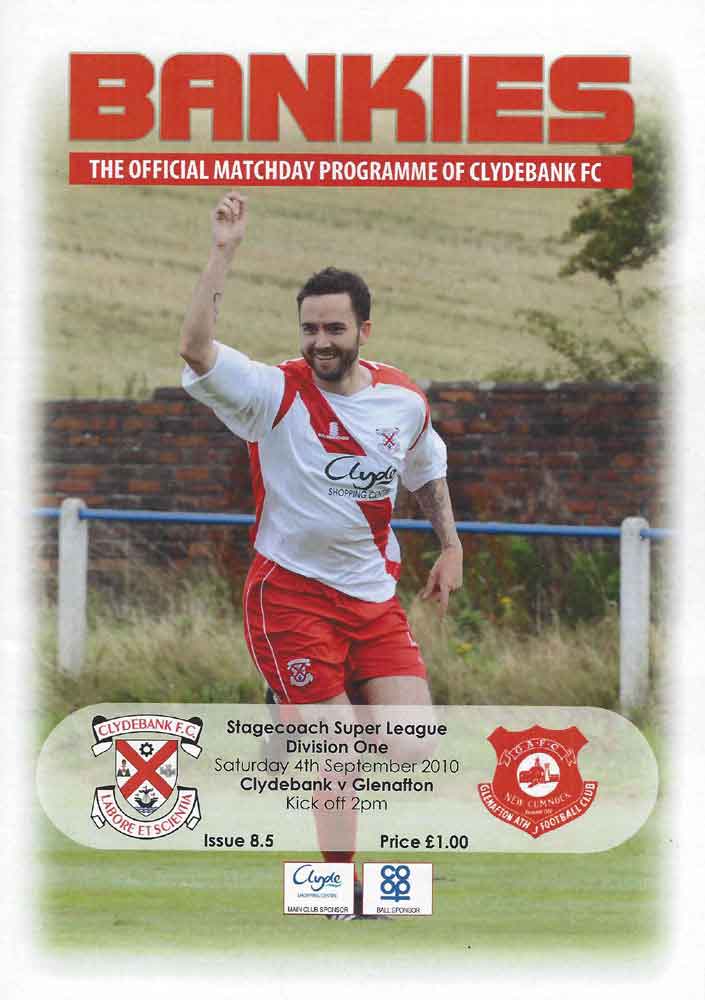 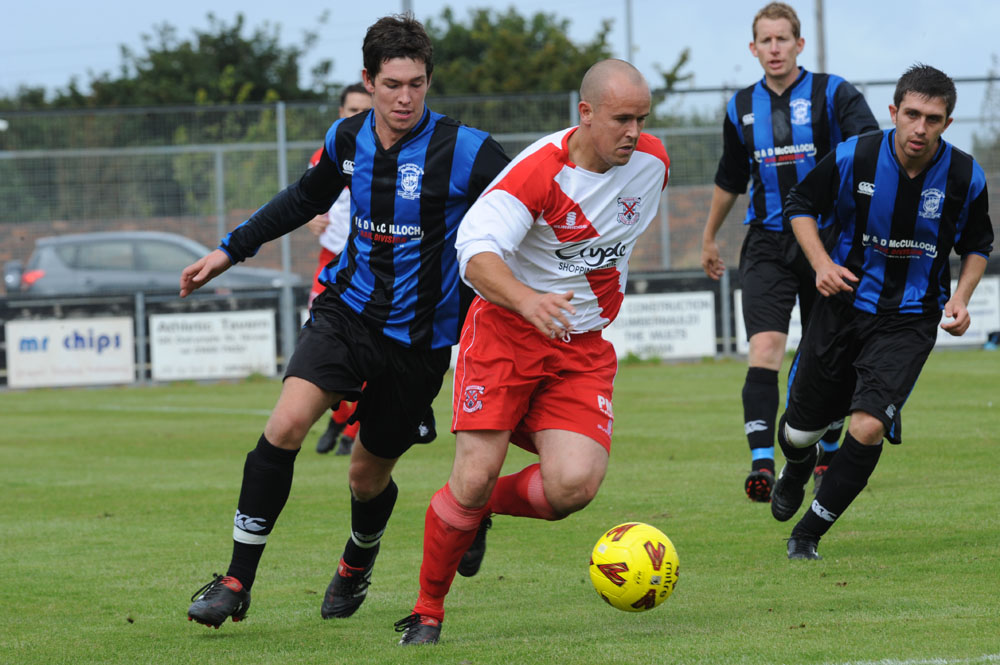 Paul Allum was the hero this afternoon when his stunning free kick effort gave the Bankies their first league victory of the season over Glenafton Athletic. Over the piece, the home side were the better of the two teams and deserved to collect the three points.

As per last week, MacKinnon and Highlands were suspended, and added to that list were the unavailable Moffat, Kilpatrick, Cairney, and long term crock Chris Mackie. Back in the squad however, was Stevie Dallas after missing most of August due to his nuptials. And no, nuptials are not a serious injury, though some people say it is in the long term.

With no other senior games on in Scotland today, a fine crowd of 502 was in attendance for what in the most part was an energetic match, especially in the first half. Both teams moved the ball about freely in the first period, and surprisingly for such an end to end game there was little of goalmouth activity.

The visitors had a hat trick of attempts at goal in the opening ten minutes, but only one of them was worthy of note when Wilson latched onto a dreadfully short pass back by Paul Allum. The former Annbank striker looked certain to score, but Stefan Gonet was quick off his line to block superbly.

Clydebank then began to impose themselves on proceedings winning several corners in the process. However, the final delivery was missing and it took the homesters until 25 minutes to register a proper attempt at goal. It was route one stuff as well, as a long Stefan Gonet ball cleared the Glens defence. Mark Hailstones did remarkably well to hold of a defender, but his attempted lob just cleared the cross bar with Semple beaten.

This spurred the Bankies on, and five minutes later Hailstones was unfortunate not to open the scoring. A corner kick from the right was deflected to Hailstones who was only a couple of yards from goal. With his back to goal he tried to flick it home, but it Semple did well to hold the ball on the line. Minutes later, and Bankies debutante, Holmes should have scored. Paul Allum was looking dangerous again this afternoon on the right wing and it his delivery that was half cleared in the box, From 15 yards, Holmes crashed the ball goalward first time, but his shot was straight and Semple held the ball at the second attempt.

With seven minutes until the break, opportunities became more frequent with Armstrong having the best chance for the visitors with a rasping 20 yards shot that was superbly turned round the post by Gonet. At the other end, the Bankies supporters on the Glasgow Road side thought that Holmes had given the Bankies the lead right on half time. A penetrating run by the influential Tommy Martin sent Paul Allum clear on the right wing and his superb cross found Holmes at the back post. It looked like the winger had crashed the ball high into the net, but it turned out that the ball had gone on the wrong side of the post and into the side netting.

The tempo of the match fell in the second half, and the match became more bogged down in the middle of the park. Clydebank were still the better of the two sides, but the Glens looked comfortable at the back. It seemed that when a chance arose that it would have to be taken, but when the Bankies finally were presented with one after 61 minutes they were out of luck. A cross from the right wing found Stevie Dymock who sent in a ferocious volley from only six yards, but Semple produced an extraordinary save. The keeper was so taken aback by his stop that he seemed disorientated when the ball bounced up on his line. It seemed an age before a Glens defender was able to hack the ball away.

As the half progressed towards the latter stages, the visitors appeared to be content to take a point from Holm Park. The Bankies who had only scored one goal in their opening two league matches were looking less likely to break the deadlock, and the game did look like it was going to remain goalless. Even the introduction of Stevie Dallas did little to remedy the stalemate.

With time starting to ebb away, it looked like someone would have to produce a little bit of magic to win the game. And as McComish was fouled on the edge of the box, I could swear I saw Paul Allum put on a top hat and pull out a wand from inside his sock. He took two steps and beautifully curled the ball towards the top corner. Semple did his best to keep it out, but only succeeded in tipping the ball onto the inside of the post and into the net. The Bankies had been the more adventurous side on the day and deserved the lead on that basis.

Glenafton tried to up the tempo in the remaining time, but the Bankies defence were resolute and kept their first clean sheet of the season. After a faltering start to the season the Bankies now appear to be on the right track. The performance have been slowly improving, and with a little more cutting edge up front there is no reason why the club can’t be looking to be challenging at the right end of the table come next spring.