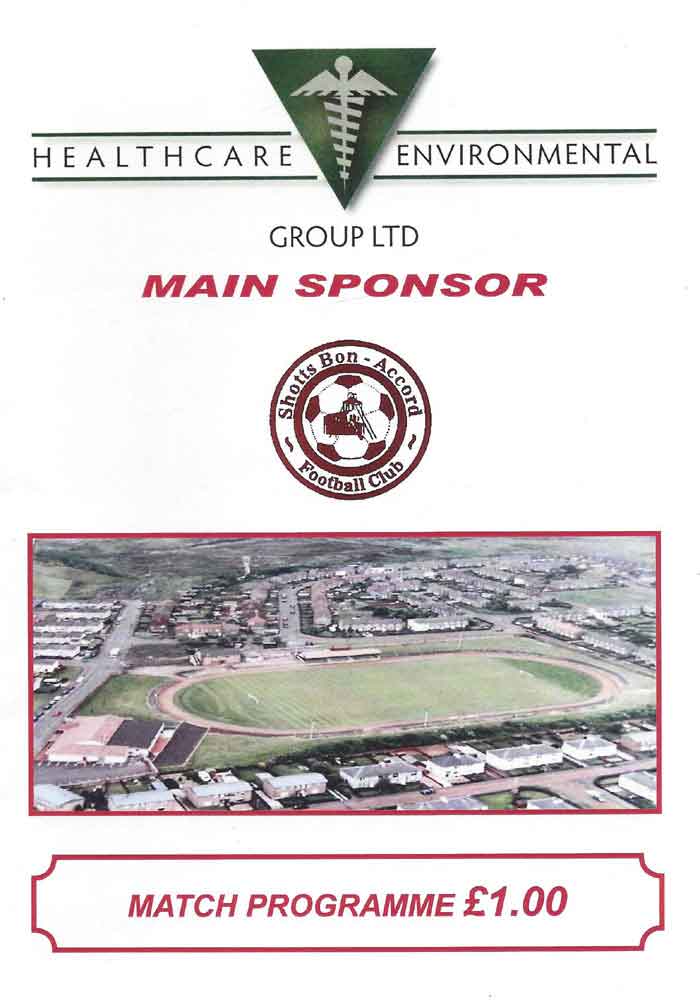 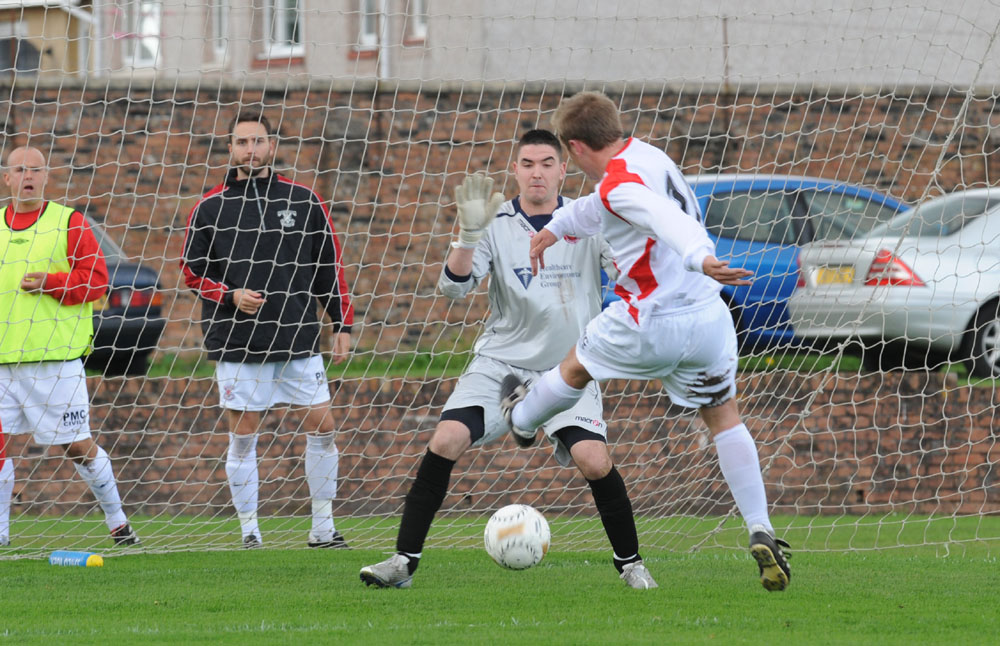 The two lowest scoring league teams in the shape of the Bankies and Shotts Bon Accord came together at Hannah Park this afternoon and almost inevitably the match ended goalless. Never a happy hunting ground for Clydebank, the club have now failed to score in their three visits to Hannah Park.

The Bankies almost had a full squad to choose from for the first time this season, but Budgie McGhie decided to make only two changes from last week with Darian MacKinnon replacing Davie Green, and Liam Campbell in goal for Stefan Gonet who has been unwell with a virus.

Shotts have one of the more exposed grounds in Junior football, and a strong wind swept down the pitch with the Bankies given the unenviable task of kicking into it in the first half. The conditions certainly hampered play in the opening period as both sides struggled to gauge the strength of their passes. The first half-decent opportunity came from the head of Ryan Holmes as he got on the end of a Paul Allum cross, but the ball sailed over the bar.

Shotts were trying to use the wind by throwing long diagonal balls into the box, and it was from one of these that almost brought the opening goal. A free kick from the left sailed over the Bankies defence and Kevin Barr snuck in at the back post, but he stabbed the ball over the bar from 12 yards.

After quarter of an hour both sides exchanged shots, with Tommy Martin blazing a Stevie Dymock knockdown over the top, then Hanlon almost scored a spectacular effort for the home side from wide on the right hand touchline. It was obviously a cross, but the ball carried goalward and it crashed off the cross bar with Campbell beaten.

Midway through the half, the Bankies should have taken the lead after Stevie Dymock squandered a great chance. Gary Lynn curled in a great free kick, which found the Bankies front man at the edge of the six-yard box. He controlled the ball with one touch, but a lack of composure saw him snatch at the ball and it dribbled wide of the post.

Hanlon was causing the most problems for the Bankies rearguard and he had two quickfire chances when he shot wide from 25 yards, and then he pounced on a poor clearance in the box only to shoot over the goal. The wind weakened as the half progressed, and the Bankies became the dominant side with MacKinnon showing up strongly in the midfield. In one of his typical surging runs he drove into the box, and released a smart through ball to Holmes, but the Bankies winger quickly closed down by Brown at the edge of the six yard box.

With the half drawing to a close both sides could easily have opened the scoring. Hanlon was given way too much space on the right wing and he sent in a tantalising cross that McLaughlin was inches away from connecting with. Barr looked like he might still reach it at the backpost, but Lynn saved the day by turning the ball out for a corner kick. At the other end, MacKinnon again delivered a superb ball into the box, which reached Hailstones after being helped on by Holmes. Still looking for his first goal of the season, Hailstones would be thwarted on this occasion as Brown save well with his legs.

As the second half kicked off, the wind came back with renewed vigour and with the elements now behind them the Bankies took the game to Shotts. However, after a period of early dominance it was the home side who were first to have a shot on target when Liam Campbell was forced to save an effort from McStay.

After 53 minutes the Bankies missed another golden opportunity when a cross from the right wing found Holmes at the back post. The winger cut inside on to his right foot beating a defender in the process, but he blazed the ball high passed the opposite upright with virtually the whole goal to aim for. Two minutes later and Holmes almost made amends after Hailstones was upended at the edge of the box, however luck was not with him as his delightful free kick rebounded off the cross bar.

After an hour, the Bankies came up with their next missed opportunity. A long ball upfield by Liam Campbell was superbly nodded on to Dymock who was one v one with a defender. He did well to beat the defender, but the luckless striker was not able to beat the goalkeeper who did well to stop his angled drive.

The Bankies continued to be the stronger side, but the failure to convert any of the chances created always meant that they would be vulnerable to a counter attack. And Shotts almost made the Bankies pay with two chances in a minute. Hanlon twice got the break of the ball as he cut in from the right wing, and the ball teed up perfectly for Boyack, who hit a ferocious drive that whizzed just past Campbell’s left hand post. Then, a knockdown by Barr landed at the feet of McLaughlin in the box, and only the quick reactions of Campbell prevented a goal.

Hailstones and Allum had half chances before Shotts threatened to break the deadlock again. McLaughlin was put through by another headed Knockdown by Barr, and Liam Campbell produced another fine save by pushing the strikers shot away, and Bankies kid keeper made it a double stop when he prevented Sideserf’s follow up shot from going in the net.

With ten minutes remaining, the Bankies received a boost when McStay was ordered off for a tackle from behind on MacKinnon. Budgie McGhie threw on Dallas and McComish as he chased the win. However it took the Bankies until the dying moments to create anything. Hailstones dipped a shot over the top from twenty yards after neatly skipping inside a defender, and then in injury time the Bankies front man was denied as his on target shot was headed away by a Shotts defender, to leave the match scoreless.

The Bankies indifferent start to the season continues. The defence are as sound as ever with very little being given away, however the lack of goals at the other end are the main cause for concern. Overall, the Bankies have been the better side in all four league games, but two goals in four games has seen vital points dropped. It is still early in the season, but this is a very unforgiving league with only 26 matches in a season. It is vital that the early pace setter are not given too big a lead, as it is very difficult to claw it back, and this is something the Bankies have experienced in recent seasons. On the upside it three games without defeat and this will need to continue next week at home to Bellshill