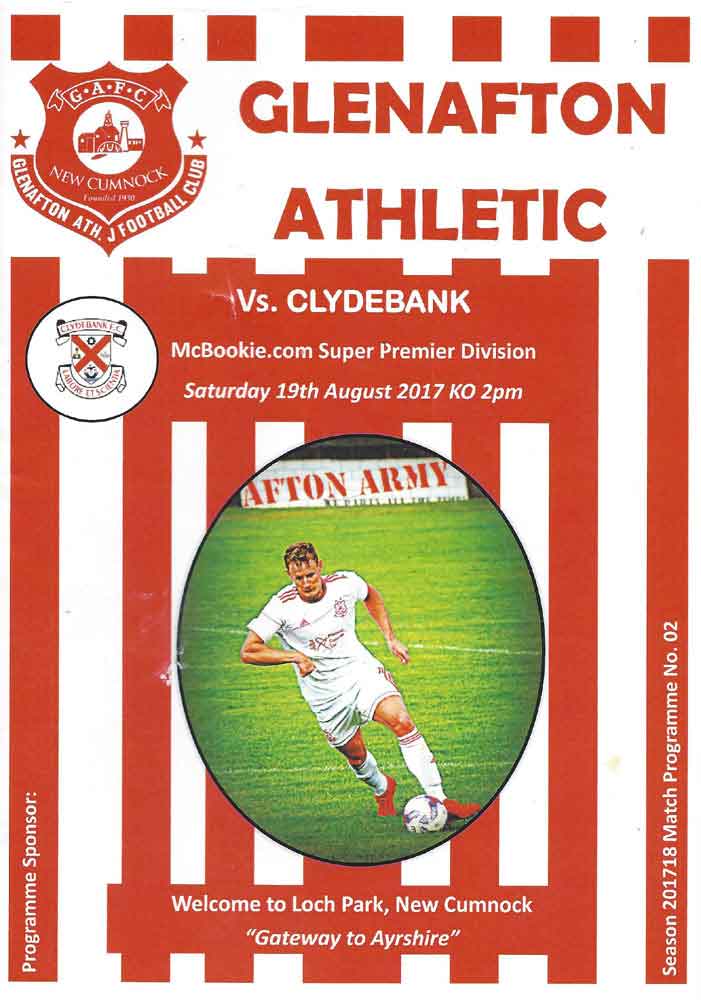 The Bankies were extremely unfortunate to come away from Loch Park with nothing to show for their efforts, as a number of missed chances cost them at least a point which their play deserved. Glenafton, by and large, were disappointing and my fears of a hiding were truly dismissed.

After a start to the season that has not been particularly inspiring, the thought of a visit to the league and cup winners of last season was making me feel rather uneasy. However, it was good to see McAnespie take decisive action and drop Pearson and Black to the bench, both of whom have disappointed so far. I would go as far to say that from the players available that line up looks to be our strongest possible starting eleven. You can argue the toss whether Gow should be in the team, but this is more or less the best we have.

The goal that won the game was a disaster for Jamie Darroch, who got caught in a moment of indecisiveness that allowed the ball to bounce over him and into the path of Joe Andrew who finished expertly. Other than that, it is hard to think of Glenafton troubling the Bankies goal much, even in the second half with the strong wind at their backs. There was a bit of a stramash in the Bankies box at one point where the ball hit the post but from my angle it looked like there was a hand used in the lead up.

At the other end, Josh Watt hit the bar with a free kick, and Jordan Shelvey could have scored a hat trick, with one opportunity in particular wasted when he was clean through on the keeper. In fairness, McGarrity made two fine stops from Shelvey, but you would have hoped he could have taken at least one of his chances. We all know how difficult this league is going to be so it is a bit of a disappointment to play so well and get no points.

In terms of individual performances, Johnny Allan was the outstanding player on the park and his ability to break up the play was superb. With him and Alan Vezza anchoring the midfield in front of the defence, we look secure from middle to back.
Phil Johnston had his best game yet and caused the Glenafton defence no end of problems. Unfortunately, like the rest of the team, he faded in the final 15 minutes and we never looked like getting a late goal. I'm hoping that the manager will address this as fitness in the final quarter of a match is vital at this level. I've not been too enamoured with Ryan Deas so far, but he was much more effective playing behind the striker. His languid style has been putting me off, but his use of the ball and retention of possession were very good.

On the other side of the coin, outside of the starting eleven we don't look like we have too much on the bench who can effect change on the game from an attacking point of view. Probably most problematic though looks like scoring goals. Jordan Shelvey has not been prolific in his time at the club, and despite great strides in other areas he is still lacking in his primary function in the team. Had we a player with a nose for goal we would probably have won today.

If this performance is anything to go by then the signs look promising that we will be able to compete in this league. Goal number one is to avoid being in the bottom two, and anything else will be a successful first season. It will be interesting to see if McAnespie will stick with the squad as it is, or will look to shake things up as we progress through the season.