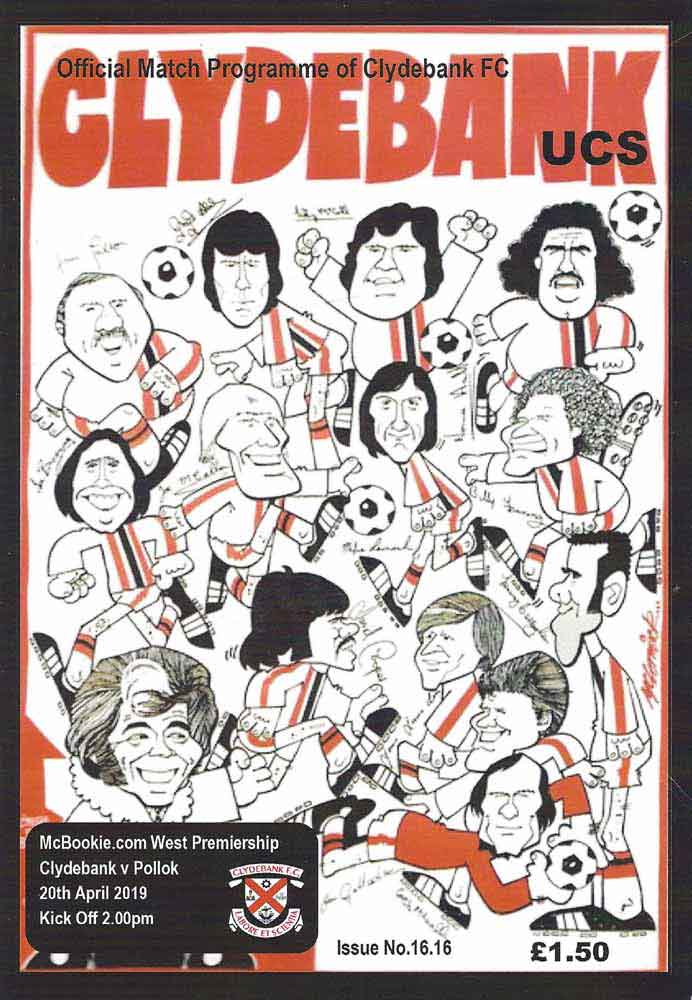 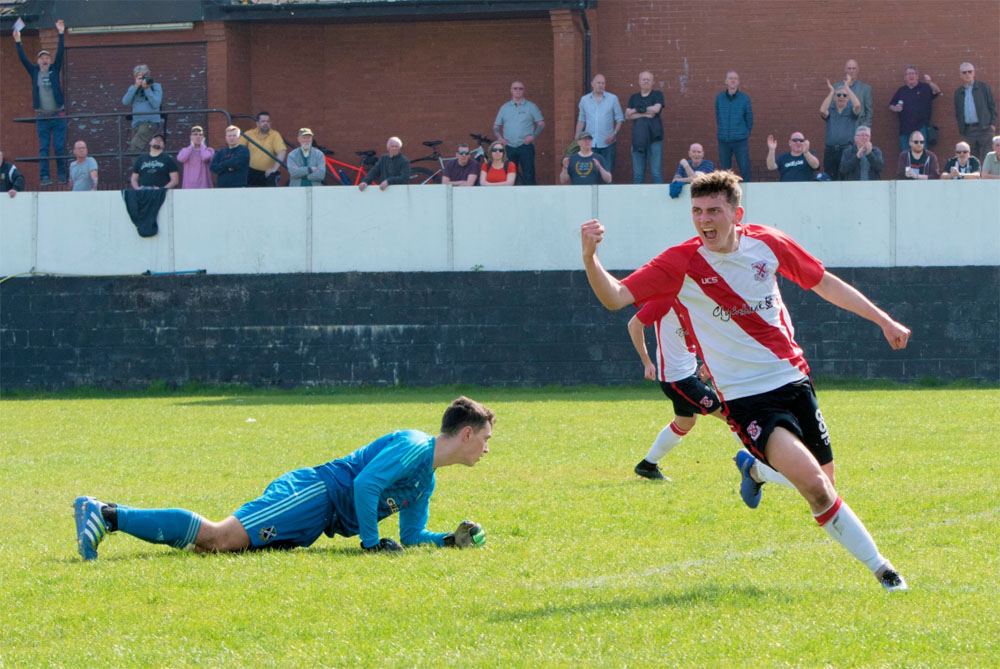 Part one of the Bankies double header with Pollok ended in a narrow defeat with the Newlandsfield men winning by the odd goal in three. Overall, the match was fairly even with Pollok being the better side in the first half and the Bankies vastly improved in the second only to lose out to a late goal by Shaun Fraser.

Despite neither club having much to play for but pride and to finish the season as high up the table as they can, you can usually count on this fixture being a bit tasty with many memorable encounters in the last decade. This match unfortunately wasn’t one of the most engaging these two teams have played out, but there was no lack of effort on, by far, the hottest day this year.

Clydebank are a bit short on options and went with the same eleven that beat Renfrew. The same issues cropped up as did the previous week with the formation allowing little width and an unsettling amount of back to front punts up the park forcing Shelvey and Little to fight for scraps with little help from their midfield.

Pollok’s intent was laid out early on as they forced a number of corners which were dealt with by the Bankies defence. Despite Pollok having the better of the early exchanges it was Clydebank who had the first real sight of goal after 14 minutes when Gallacher impeded Shelvey on the edge of the box. Nicky Little took the free kick curling the ball narrowly over the cross bar with Johnson nowhere near it.

The visitors were undeterred and took the lead just two minutes amidst some of the most calamitous defending you are likely to see. There seemed to be umpteen attempts at clearing from the penalty box, before Andy Paterson took the ball away from Marc Waters and teeing up Stefan McCluskey in the process giving the Pollok striker an utter gift which he gladly accepted.

The Bankies did manage to get the ball in the net after 28 minutes when a forward charge by McClair saw the ball break for Shelvey in the box who finished the opportunity with skill. His joy was quickly dashed as the linesman had flagged for a tight offside decision.

Pollok had all the chances in the lead up to the interval, though these were mainly of the non-clear cut variety. The one well worked opportunity came from a neat one two started and finished by Scott Anson, but his side footed shot was comfortably saved by Waters on his left hand side.

Kieran McAnespie made a change at half time with Fitzpatrick on for Paterson and obviously a rocket up their backsides as their approach was much more intense and aggressive. This paid off within four minutes when Ross Alexander scored a fine solo goal as he burst his way through the Pollok defence riding at least one attempt to bring him down, and finishing his run off by slotting the ball past Johnson.

Clydebank were playing much better and there was at least a small attempt to pass the ball directly to Little and Shelvey rather than the incessant long ball that was getting us nowhere. There were a few near things where a bad decision or not quite getting the break of the ball ended a promising move. This meant goal scoring opportunities were at a premium and Pollok weren’t anymore successful in threatening the Clydebank goal.

As the game looked destined to end in a draw Pollok managed to snatch all three points with eight minutes remaining. The Bankies defence had a certain look of hesitation about them all day and this was the case again as a cross into the box was not dealt with properly, allowing Fraser to pick up the scraps and ram the ball home for an opportunist goal.

Clydebank did not have the wherewithal to get themselves back into the game and ended in another defeat with only three league wins recorded since the start of December. As I have noted in previous weeks, the squad needs new faces particularly in midfield and defence. If we go into the new term with this exact same squad then mid-table is the best we can hope for. The fact that we seem to have got worse as the season has unfolded is worrying, with a number of players not performing half as well as they did in the early part of the season.

We desperately need a player who can link the midfield to the forward line, possibly a player in the Vinny Berry mould who was excellent in that role a few years back. Our midfield don’t seem to have the composure to do anything other than force the ball forward, and that is concerning. Our defence are displaying a serious lack of imagination in just lumping the ball up the park. We have our best strikeforce in over a decade, and they need service, not just having to fight for scraps and second balls.

There appears to be no width in the formation at the moment with Hepburn unavailable and McClair not playing wide enough. We are far from a bad team, but things are definitely heading downwards with little apparent confidence running through the side. Hopefully, we will see some new faces in the summer who can bring the level up a notch, as one or two players in the right positions could make a world of difference to this side.