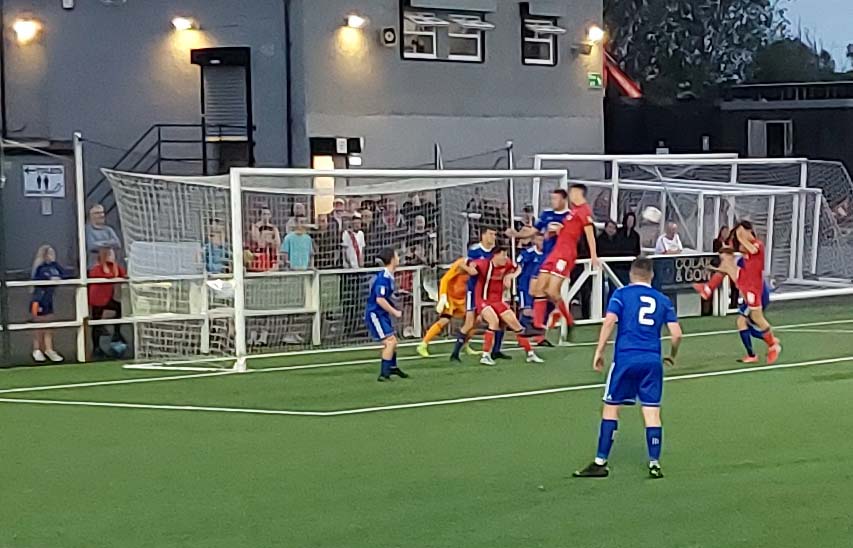 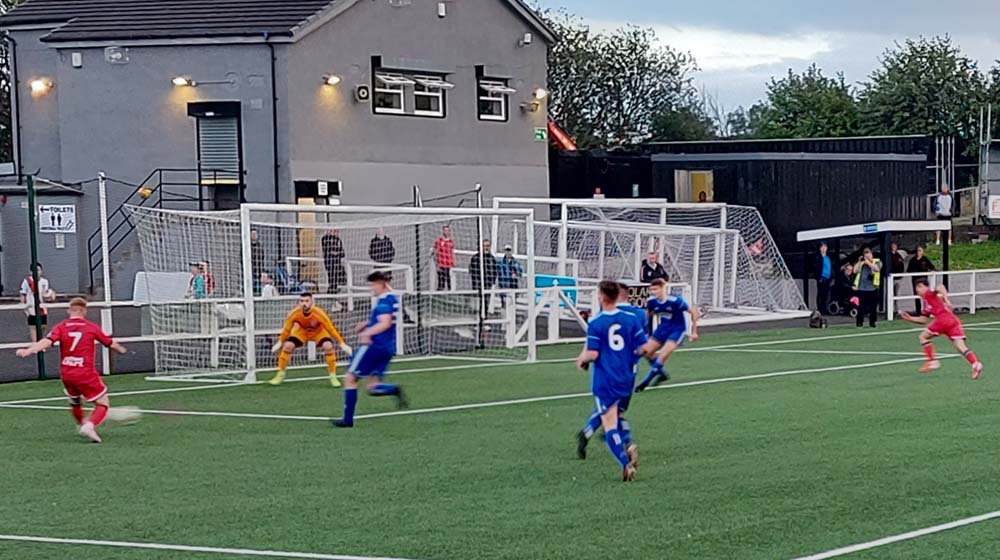 A poor performance tonight by the Bankies will have given Gordon Moffat something to think about as they were deservedly defeated by Shotts Bon Accord by three goals to two at Holm Park.

The fire and spark that has been evident going into the last couple of seasons was strangely absent in this match as the players seemed decidedly flat. So far, the pre-season has been a bit up and down, and we saw more of the down against Shotts particularly in the second half.

We won’t get the full picture until the manager puts his first choice team on the pitch, but there does seems to be some areas of concern. I don’t think the trialists that have been on show will enhance the side, though the left back has possibly done enough to be kept on, and it isn’t clear if any of the graduates from the youth team are good enough to be pushing for a starting place in the team.

The Bankies got off to a strong start and scored after just four minutes. A cross by Hodge on the right hand side was going over keeper Murdoch’s head toward the back post. It was hard to tell if the ball was going to sneak in at the back post or go slightly wide, but the keeper made sure by desperately clawing the ball into the net.

Shotts reacted well and McGeouch brought out a world class save from King, as he dove full length to touch the striker’s shot onto the crossbar. Then Miller was inches away from an equaliser when he got his head onto a long throw and the ball bounced just wide of the upright.

The Bankies hit back when a cross from the left was missed by everyone and found Gallacher at the back post. He showed great skill to beat a defender and tried to dink the ball over the keeper but he read the shot well.

Shotts were looking the better side and were worth their equaliser after 17minutes. A well hit corner kick found McGeouch completely unmarked just beyond the penalty spot and he powered his header into the top corner.

This sprung the Bankies into action, and they went ahead again just five minutes later. A strong run by McHugh saw him whip the ball across the goalmouth. It looked like it might evade everyone, but Ciaran Mulcahy did exceptionally well to meet the ball at the back post and divert it home from a tight angle.

The visitors would have felt a little unlucky going into the break a goal behind as they controlled the midfield for the rest of the first half and had the better of the chances. The best of which was when Shiels was put through on goal on the left hand side, but King denied him by narrowing the angle and making a great blocking save.

Surprisingly, there was no real reaction from the Bankies and Shotts continued to press the Clydebank defence. They were worth their second equaliser of the night when it came just before the hour. It was a dreadful goal to lose, as there seemed to be a complete inability to put a challenge in. Shotts were allowed to waltz through the defence without a tackle in sight and McDade lashed the ball into the net.

The Bankies started to get their act together a little bit after this and almost scored twice in a couple of minutes. McMahon released Hodge down the right wing and his low near post was almost flung into his own net by the substitute goalkeeper. Then, one of the best moves of the night saw Lee Gallacher and Nicky Little carve open the Shotts defence, with the latter chipping the ball to the back post for Mulcahy whose volley was blocked for a corner.

With quarter of an hour to go, Shotts grabbed the winner and the defence were caught out again. Niven clearly shouted for the ball, but McHugh still managed to get in his way, and his clearance ricocheted off his colleague out to the left hand side. With everyone out of position, the ball was floated crossfield for Duddy who ran in on goal and rammed the ball past Donnelly.

Minutes later they could have wrapped the game up as McGeough was unmarked in the box as he was found by a cross from the left. However Donnelly was able to quickly close him down and deflect the ball out for a corner.

The Bankies made a concerted effort in the closing stages and three times could have drawn level. Martin Smith made a fine run down the left, but his cross to the trialist left back somehow stayed out of the goal from only a few feet out.

The closest moment came from Ciaran Mulcahy who got on the end of a corner kick, but his volley crashed off the crossbar. A late header from the same player went well off target when he should have done better.

On Saturday, Nairn County from the Highland League visit Holm Park, and hopefully the manager will put out something like his strongest side. There was definite momentum building this time last year, and we could do with a bit of that for the league opener in just two weeks time.