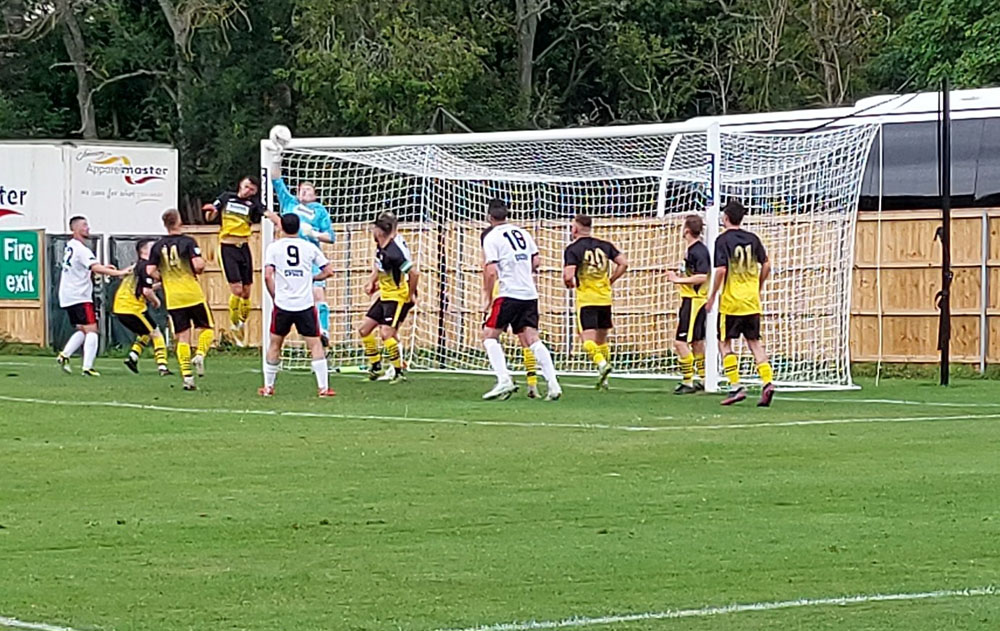 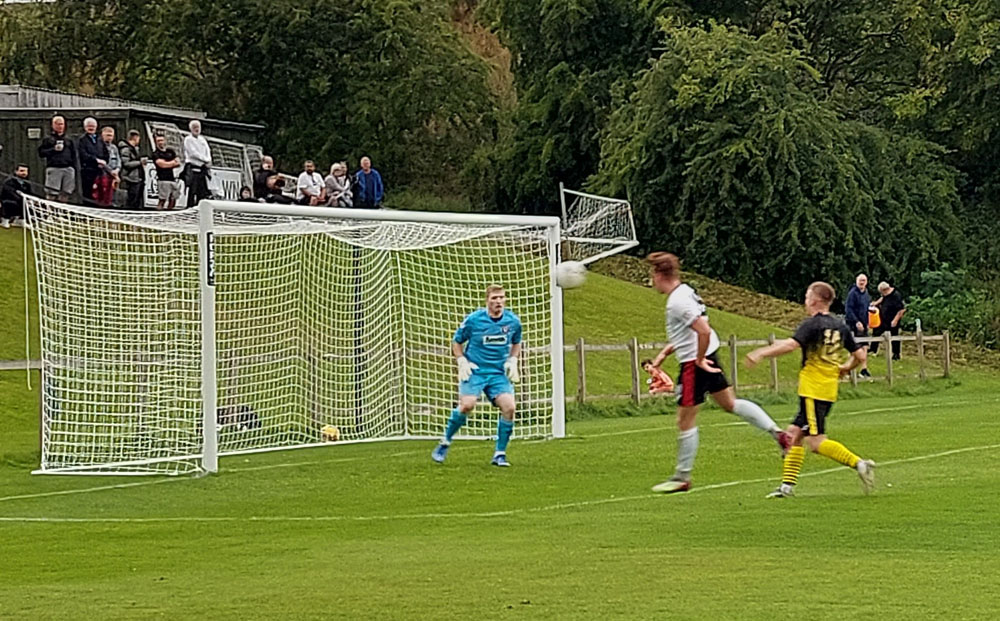 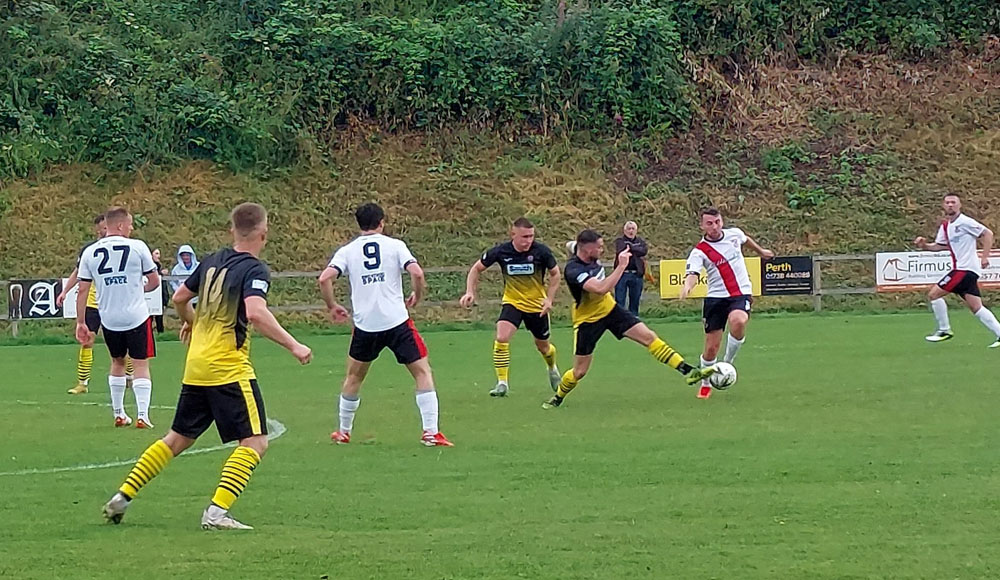 The Bankies ended their pre-season spell with a rather disappointing 2-1 defeat against East of Scotland First Division outfit Luncarty at Brownlands Park. Gordon Moffat might be able to squeeze some positives from this game, but as a supporter just wanting to see your team win a game of football then it was a really sub-standard display from just about all the players, with only a few coming up to scratch.

Whilst there have been some good moments in the pre-season, there have been enough not-so-good that would give you justifiable reasons to be concerned. The last two seasons have seen a critical mass where you believed the team were going places and you felt confident that this group of players could compete with the best of the clubs in the league. This year it is not so evident.

It is way too early to draw any real firm conclusions however, as the proof of the pudding is in the eating so the saying goes. The real stuff starts next week at Arthurlie and we will hopefully see the strongest possible starting eleven on the field, something that we haven’t been able to do in pre-season for one reason or another.

Today, the Bankies looked off the pace for much of the first half, though they did come out of the traps quickly. McGonigle, in particular, looked to be quite motivated, and was involved in a neat one-two with Hodge but the defender’s angled shot was saved for a corner by Patton.

Luncarty announced their arrival minutes later when Davies dragged a low 25 yarder wide of the post. Then, after seven minutes Sutherland missed a real sitter. The ball sat up for him in the box and he tried to cutely side foot the ball into the top corner but he got it horribly wrong as he didn’t even hit the target.

Back down the other end McGonigle did well to win the ball in midfield, and as he drove forward the defence parted in front of him,. He unleashed a shot which forced keeper Patton to turn the ball away for a corner.

This was about the last decent passage of play in the first half as the game descended into an uninspiring tussle with little goalmouth action at either end. The Bankies were making too many errors to get anywhere. The passing was wayward, and there was no incisiveness from any of the front players. Adam Smith alongside new signings Alan Kelly and Connor Higgins were largely anonymous, and even established players like Frazer Johnstone and Ciaran Mulcahy were strangely subdued. McGonigle who had shown up well initially had also faded from proceedings.

The nearest the Bankies came before the break were a couple of headers from Higgins and McHugh, but at the other end there was a let off as Luncarty pinged the ball back and forth across the goalmouth, but had no one to supply the finishing touch.

The Bankies resumed with Darroch off and Gallacher on. Due to a number of players being absent, the winger came on at left back with McHugh filling in at centre back.

After an early escape when Davies’ neat near post was saved by King, the home side took the lead after 51 minutes. It was a dreadful moment for Oisin McHugh who stepping forwards from his defensive position hit a shocking forward pass that was intercepted. The ball was immediately played behind him to Ayton who was then free to run in on the Bankies goal. He took his time and beat King via the post.

Clydebank did make a response of sorts without troubling the home goal greatly. There were a large number of corner kicks which produced a close thing when Green’s low directed header had the keeper scrambling for the ball.

The Bankies finally got on terms just after the hour with a lucky goal. It started with Hodge on the right wing, who incidentally was one of the better players on the day. He fed Mulcahy down the wing who crossed low across the six yard area. Keeper Patton cut it out, but he spilled the ball into the path of the unfortunate Yates who running back towards his goal knocked the loose ball into his own net.

For a spell afterwards it looked like the Bankies would go on and win the game, especially when Little and Slattery joined the match and Lee Gallacher was pushed forward. Martin Smith also looked lively on the left wing when he came on. Nicky Little showed great skill on two separate occasions by taking the ball on with his back to goal and finding the target with his shots only to find Patton an equal to them.

The game was becoming a bit on the tousy side towards the end with some choice tackling from the home side. The Bankies were getting a bit rattled by this and were guilty of venting their frustration as well. This led to the last five minutes or so being quite open, and Luncarty missed and absolute sitter, before winning the game a minute later.

Firstly, a cross from the right wing into the heart of the box took a couple of deflections and landed at the feet of Sutherland, With the whole goal to aim for the striker somehow missed the target for the second time in the game. However, less than 60 seconds later it didn’t matter.

The Bankies caught with players up the pitch were undone with a fine counter attack. In just two passes the ball was played through the middle then sent down the right wing. From here the ball was delivered across the box for Hamilton who swept the ball past King.

It is good to get the pre-season behind us now as it has been far from convincing. Several players need to seriously up their game, with only King, Hodge, Green, Little, Slattery and Martin Smith reaching anywhere near the expected standard this afternoon. The manager should now know how he expects to be lining up next week and it is fair to say we should anticipate a dramatic improvement on what we saw today.