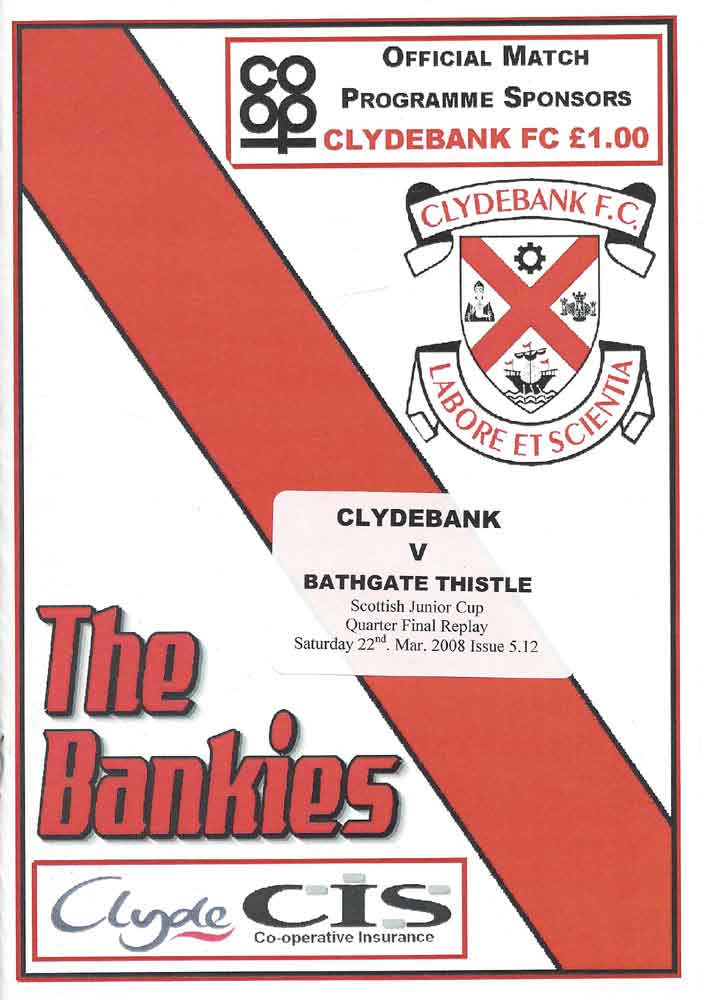 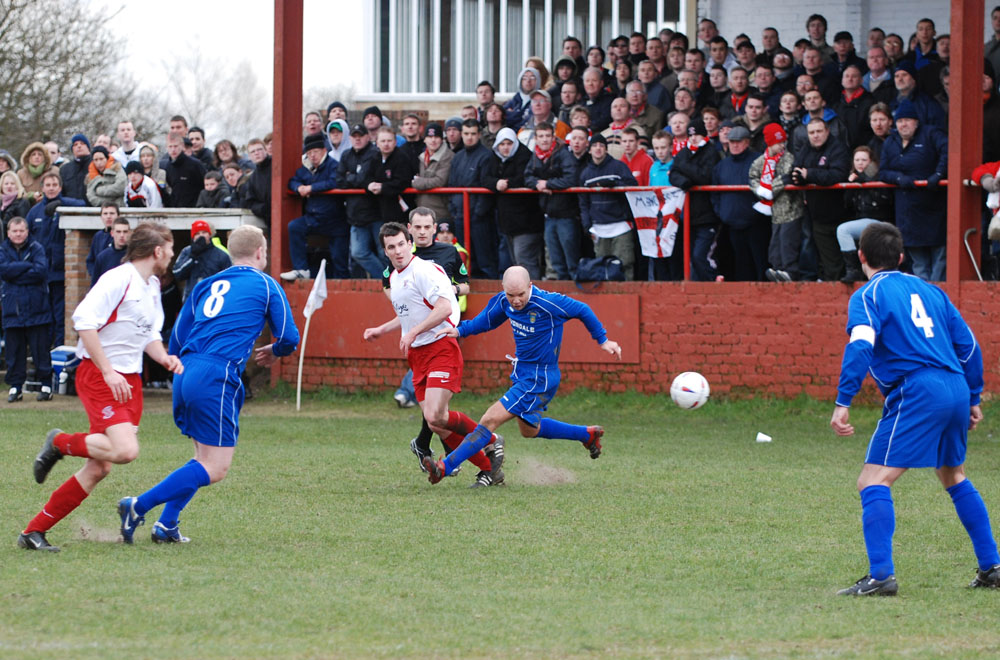 Clydebank's dream of Scottish Cup glory ended for another season as a subdued performance saw them lose out to a single goal from a well organised Bathgate side.

Needing more attacking options than last week's display, Budgie McGhie returned Alan Jack to the starting line up. Mark Bowie missed out after dislocating his thumb in the first game at Creamery Park.

A crowd of just under one thousand saw the Bankies kick off, and for the first fifteen minutes must have been wondering if the game had actually started as both sides were extremely cagey, with little being created in front of goal.

Inevitably, the first goal attempt was from a free kick, with Bathgate's Nicholson sending his shot just over the top. Three minutes later and the Bankies had their first sight of goal as Alan Jack dragged his shot wide after a poor defensive clearance.

Bathgate's height advantage was making it difficult for the Bankies defence, and the tightness of Glenhead Park was allowing the visitors to use throw ins like corner kicks. However, for the most part, the Clydebank defence coped admirably against this tactic.

As the half wore on, Thistle began to control the game, and the best opening came to McFadyen after 25 minutes. A long, diagonal ball from Menmuir, saw the Thistle striker dart between two Bankies defenders, but he couldn't control his shot and it went wide.

The Bankies forced a couple of corners, and one led to some desperate defending by Bathgate. McInnes gathered the ball from 20 yards but his shot was weak and easily saved by Carlin

Bathgate scored the decisive goal after 33 minutes when Fraser Love was given far too much space to run into, and his near post chip was met by McGrillen who couldn't miss from only a few yards out.

After the goal, Clydebank had perhaps their best spell of the match. Lappin had a drive held by Carlin, and a Jack free kick was charged down. Unfortunately, the Thistle defence stood steadfast, and the half closed with Bankies unable to create a clear cut chance.

Clydebank tried to up the tempo at the start of the second period, but Bathgate are a tight unit and Budgie McGhie's men were struggling to make any headway. Hailstones did have a header go over after 54 minutes, but the ball was always on the rise.

Three minutes later, Lappin had a dangerous low drive go inches past the post, but Carlin looked to have it covered. Just after the hour mark, the home crowd had a huge shout for hand ball turned down by the ref. It would have been a harsh decision if given

As Bathgate had come through this period unscathed, they then started to impose themselves once more. Docherty headed wll over from a Love free kick. Moments later, Allum headed a clearance into the path of McFadyen, however the striker never had the ball properly under control and screwed his shot wide.

Possibly, the Bankies best chance of the match fell to Lappin after 69 minutes. The ball broke fortuitously to the midfielder slightly to the right of goal, but instead of shooting he elected to pass the ball across the box, and the opportunity was gone.

McGrillen showed his credentials with quarter of an hour remaining withe a classy turn and shot that was only about a foot over the top.

As Clydebank tried to push up in the remaining minutes in search of an equaliser, it was Bathgate who looked the more likely to add to their lead. Sub Easton squandered a great chance as he was through on Corr, but the Bankies stopper made a great save. Docherty then had a shot deflected over the top for a corner.

The grandstand finish wasn't there for the Bankies and the final chances of note fell to Bathgate, with Elliot and Docherty having long range efforts that didn't trouble the Clydebank Goal. Paul Craig's backwards header over the top signalled the end of proceedings and Clydebank's cup run for another year.

The Bankies just couldn't find the spark, in what has been a great cup run with goals galore (31 in 7 games) against a well drilled and experienced Bathgate side. There are a lot of positives to be taken, including competing well against some of the top junior sides. A demanding programme lies ahead with a minimum of 18 matches still to be played before the end of the season, so no time to feel sorry for ourselves.