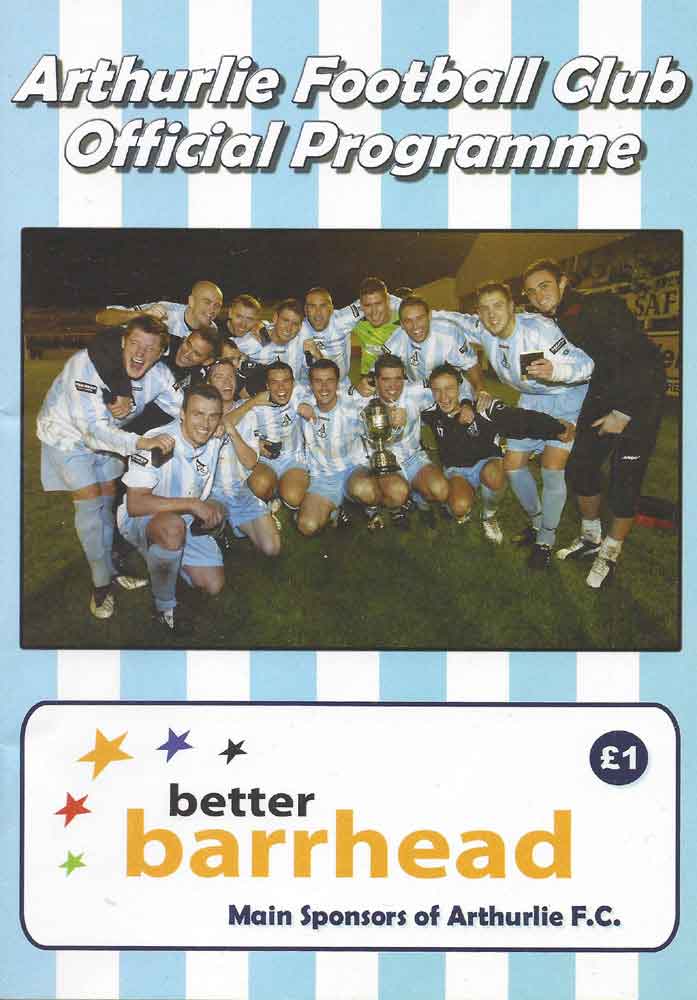 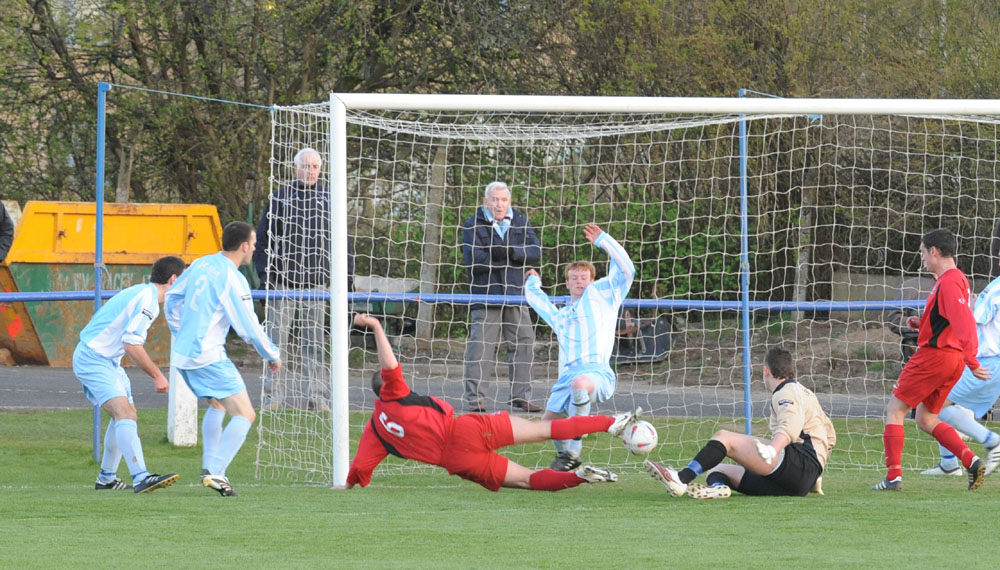 If you had to think of a worse place to visit to get over a semi-final exit, then Dunterlie Park would be hard to beat. Clydebank’s disappointing exit to Largs Thistle in the Scottish Cup meant that the hangover was to be against high flying Arthurlie. Sitting 2nd top of the Super Premier League with only one defeat in thirteen matches, few would have given the Bankies any chance before kick off. Even more so, as the Central League cup is one of the few opportunities left for Arthurlie to win some silverware.

Budgie McGhie chose to give some of his fringe player a run out with Scott Marshall, Shaun Molloy, Billy Jones and goalkeeper Liam Campbell all handed starting slots.

The Bankies began the match the brighter of the two sides with Parry having to be lively to hold onto a John Harvey free kick after only 5 minutes. With 11 minutes on the clock the Bankies should have taken the lead. Chris Mackie dribbled his way into the box and laid the ball wide right to Brian Smith. Even though he was under pressure from a defender Smith should have done better than blaze the ball over the bar.

As the half began to wear on, Arthurlie began to assert themselves more. Firstly a lob shot sailed wide of the post and then Anderson missed the first in a whole host of chances presented to him during the night. This one he couldn’t be blamed for as his header from a corner kick beat Campbell in the Bankies goal, only for Shaun Molloy to be in the right place to head off the line.

Just after the half hour Anderson provided the danger again for the homesters when he cut inside from the left wing and he sent in a rasping shot that was deflected wide for a corner. As the half came to a close the Lie upped the stakes with Anderson going just over with a cheeky lob, then son of the Legendary Jim Gallagher, Stephen, going just wide with a low drive.

Arthurlie began the second half in the same vein with Malcolm smashing a powerful shot over the bar from twelve yards, after the best passing move of the game. The defining moments of the game happened in a 5-minute spell around the hour mark. After 58 minutes Arthurlie opened up the Bankies defence with nice play on the left wing. A cross was pitched in and Anderson stole in to head goalward from only 6 yards out, However Campbell made a superb stop with his feet to keep the scores level.

Arthurlie were made to rue this miss only three minutes later when Cairney, in one of his best performances for the Bankies, sprung the offside trap on the left wing. He whipped in a low cross that was helped on by Mackie. In the ensuing stramash in the six-yard box, the ball seemed to take a battering before Shaun Molloy forced the ball over the line. The Lie were barely able to take this in, before they found themselves two down. John Harvey made space to send a low shot towards Parry’s near post, and it was like slow motion as the ball squirmed under his body and trundled over the line.

From this point onwards, the Bankies were in complete control and a minute later Cairney wasn’t too far away with a low shot. Arthurlie were struggling to cope during this spell and Mackie almost added a third when he received the ball to his feet in the box. He turned superbly, but was unlucky to see his shot hit the side netting.

The home side looked beaten, and it took until ten minutes before time for them to register another shot on goal. This time an easy stop for Campbell from yet another Anderson shot. Clydebank were reduced to ten men with only seven minutes remaining when substitute Stevie Blair was given a straight red card for a reckless challenge in the centre circle. No question that it was a foul and maybe a yellow card was warranted, but a red card seemed overly harsh. Despite this handicap, the Bankies comfortably held on, and even though it means another match added to the run-in, It was the perfect tonic to lift the Scottish Cup blues. The Bankies are at home to St. Anthonys in the third round on a date still to be determined.