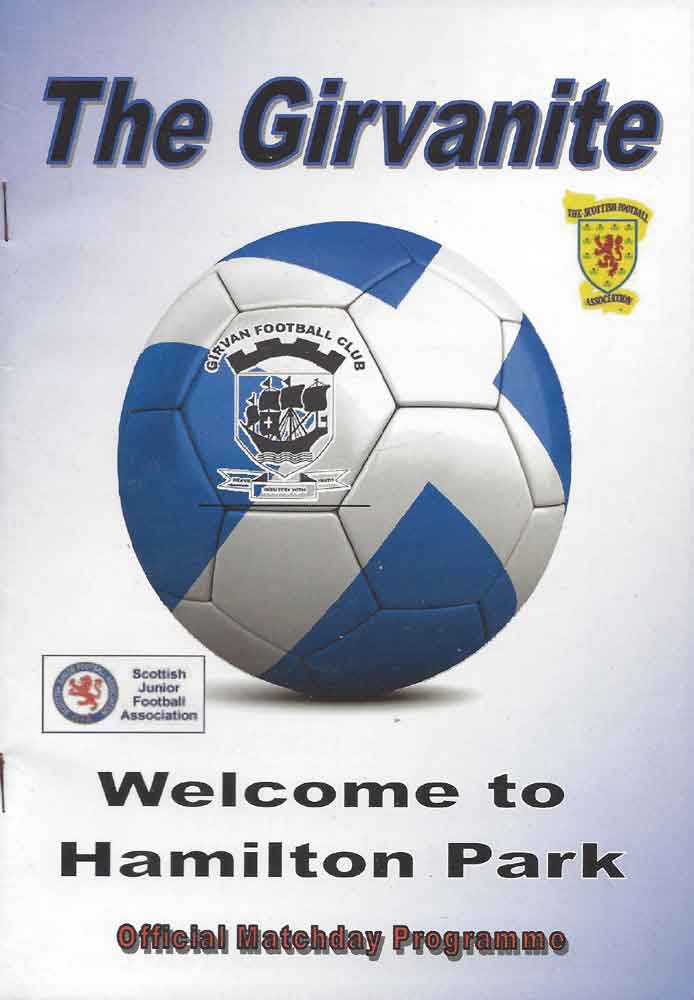 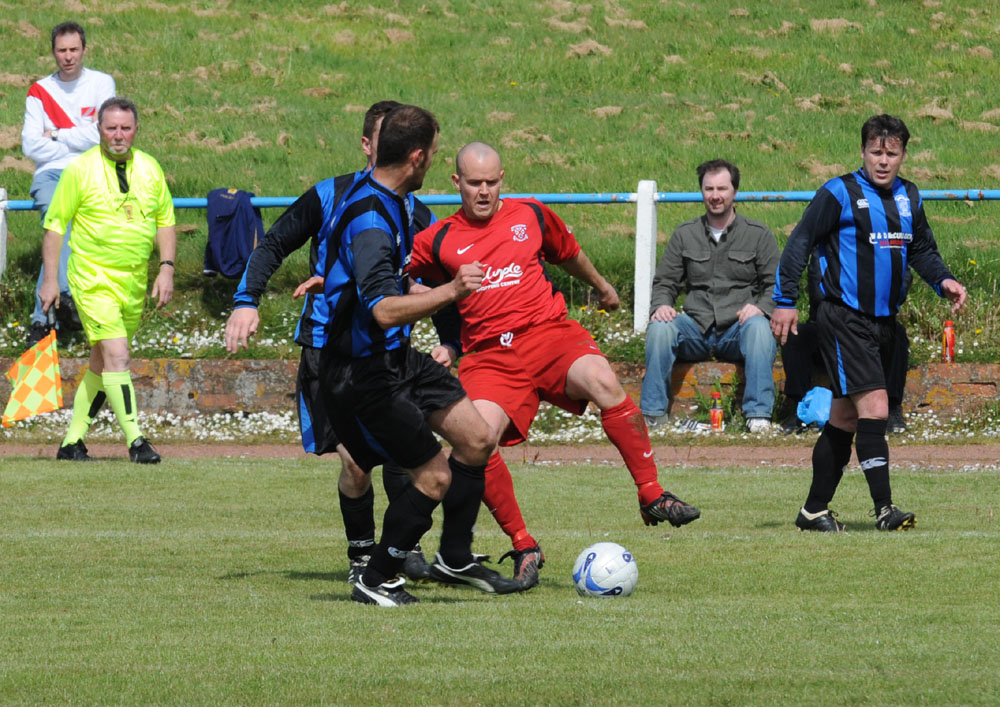 Clydebank claimed a point at Hamilton Park this afternoon against Girvan, and in the process leapfrogged the Seasiders and Renfrew to sit in the play-off position for the first time. The Bankies extended their unbeaten run to seven matches and now only require four points from their remaining five matches to cement their place in the play-offs.

Jack and Mackie were the only changes from Wednesday night, with Soutar and Dymock replacing them. New signing and goal hero, Mark Kilpatrick had to be content with a place on the bench.

This was Girvan’s last league match of this term, but they gave notice in the first minute that this was to be no end-of-the-season contest when a dangerously high tackle almost cut Stevie Dymock in two. Incredibly, the referee took no action against the Girvan player for a challenge that ultimately led to Dymock having to be replaced twenty minutes later.

Michael Moffatt, who was a stand out for the home side, was the first to see sight of goal when he cut in from the left and sent in a shot that was easily gathered by Gonet. After 12 minutes, Lynn returned the compliment, by firing a free kick that was stopped by Leavy without any problems.

The game changed dramatically in a two-minute spell, when firstly Stevie Dymock was put clean through on goal. He gathered the ball and with only Leavy to beat, he shot rather tamely and the keeper saved. It highlighted the Bankies recent inability to put chances away, and they were made to pay for it almost immediately.

The ball was played beyond the Bankies defence, but Campbell had a good yard on Moffatt who was giving chase. Unfortunately, the young defender appeared to get the ball tangled in his legs, and the Girvan striker was able to dispossess him. Moffatt showed Dymock how to do it, by running in on goal and calmly slotting it past Gonet and in to the net.

Five minutes later and the home side should have doubled their lead when Gilmour played the ball inside to Mofatt. Soutar was nowhere near close enough to his man, and luckily for him the Girvan front man was off target. A further two minutes on and Girvan thought they had gone further ahead when Gilmour whipped in a tremendous back post corner, which Wallace headed into the roof of the net. The Bankies support let out a collective sigh of relief when the linesman signalled that the cross ball had gone out of play.

With 25 minutes on the clock, Clydebank passed up their second clear-cut chance of the match when Mackie pulled the ball into the box. In hindsight, he should have rolled the ball to the unmarked Smith, but chose to go alone, and his toe-poked effort was well saved by Leavy.

With the half coming to a close Girvan had two further chances to extend their lead. The first was when the unmarked Murphy was allowed a free header on goal from eight yards, The Bankies were let off when he put the ball wide. The next chance was more controversial when Stefan Gonet was penalised for picking up a passback. Billy Jones mis-kicked the ball towards Gonet, and the ref determined that despite this, Jones’ original intention was to give it back to the goalkeeper. The Bankies had yet another let off when the free kick from 16 yards was deflected wide of the post when it could just as easily have went in the back of the net.

Clydebank began the second half in a more positive fashion, but it was Girvan who were making all the chances. Moffatt was involved again as he picked out Gilmour in the box. With only Gonet to beat he tried to do some kind of heel flick that went badly wrong. The ball trailed through to McIlwraith who was finally closed down.

After surviving these scares, the Bankies fortuitously got back on level terms after 59 minutes. Mackie was put through on goal by Molloy. Again, Leavy saved from the striker and the ball bounced out to Smith. The Bankies winger calmly tried to slot the ball between the bodies in the box. Leavy managed to get in the way of the ball, but it bounced up and hit O’Donnell and ran away from him into the empty net.

O’Donnell almost made amends 6 minutes later. A fantastic one-two split the Bankies defence on the right wing, and the ball was crossed where O’Donnell powered a header goalward. Stefan Gonet made a tremendous one handed save to keep the ball out of the goal.

Clydebank did have more of a presence without threatening the home goal, and it was Girvan, again, who carved out the next chance after 70 minutes. This time Moffatt, who was giving Soutar a torrid time, cut inside from the left and shot straight at Gonet. Three minutes later and Clydebank managed a shot on goal when Jones looped the ball up and over the Girvan defence. As the ball dropped from the sky, substitute Kilpatrick tried to guide it goalward. However, it was a difficult chance and the ball dropped over the bar.

With nine minutes remaining Girvan should really have wrapped up the points when a great sweeping break up the park had the home side two on one with Vezza. Moffatt laid the ball inside to Murphy who with the whole goal to aim at blasted it over the bar. Wallace came close minutes later from a corner kick when he hit his shot high into the side net. The game came to a close with no further scoring.

The Bankies certainly used their “Get out of Jail” free card in this match. Although, possession was fairly even, and they can point to two missed sitters, the home side had umpteen, and clear cut, chances to score. Couple this with Bankies goal being of the fortunate variety and this has to be seen as a very valuable point. Rutherglen Glencairn wrapped up the championship this afternoon, and only five straight wins can now give the Bankies automatic promotion. The likely outcome is now the third play off spot, which is firmly in sight.