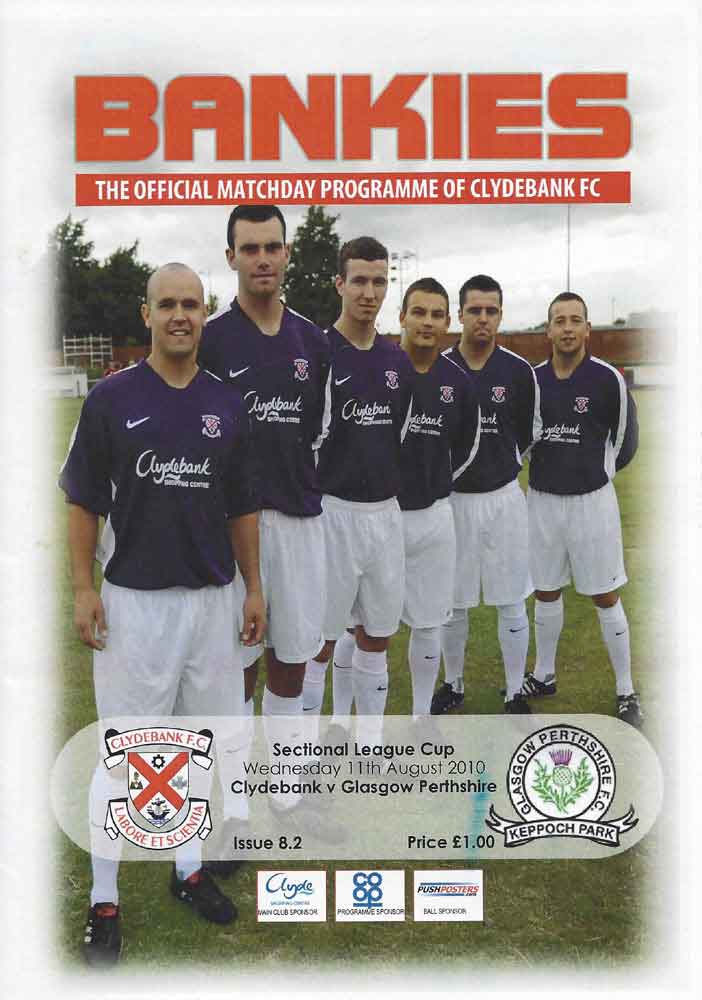 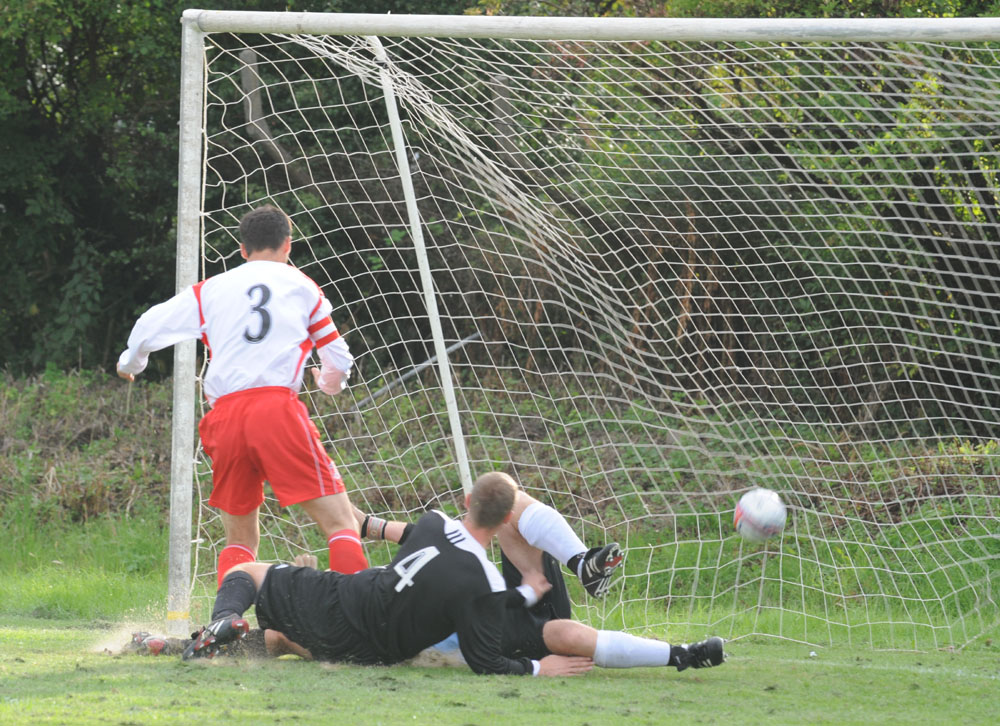 Clydebank dithered their way to victory over Glasgow Perthshire at Holm Park in a game where the players never really got going. Had the visitors shown a little more wherewithal in front of goal they may have snatched a draw as they lost out by the odd goal in three.

Budgie McGhie is keen to use the Sectional matches as a testing ground for his new look squad, and this was reinforced by the fact that he made five changes from Saturday’s starting line up at Maryhill.

The opening exchanges offered very little in the way of goalscoring opportunities, and the first real moment of action led to the Bankies taking the lead. Darian MacKinnon, drove into the box in his trademark style, and was brought crashing to the ground s he headed for the bye-line. Referee, Euan Anderson was in a perfect position to see the incident and immediately awarded a penalty kick.

Captain, Gary Lynn, who has been on a dismal run of misses from the spot, took the responsibility, as you would expect him to. He ran up and placed it to the his right, but Thomson guessed correctly and kept out the initial attempt, but Lynn followed up and managed to stab the ball home to put the Bankies in front.

The Bankies fans expected their favourites to crack on from here and take the game by the scruff of the neck, but it never really happened. McPherson had a couple of opportunities that never came to much; a free kick that goal keeper claimed at the second attempt and an angled shot the was always rising over the bar after good work by MacKinnon.

Midway through the half, the Shire should have equalised. Craig found himself with space n the box, but he took too long to get his shot away, and Liam Campbell snuffed out the danger by blocking with his legs. This roused the Bankies briefly, as McPherson’s first time snatch shot was well held by Thomson. The Perthshire keeper was equally adept at stopping MacKinnon’s rifled effort from an acute angle.

Perthshire were a much more energetic outfit than the sides the Bankies faced in previous seasons and Liam Campbell had to get down smartly to save a header from Craig after 34 minutes. The Bankies upped their game again as half time approached, and a fine footballing move saw Paul Allum cross from the bye-line, where McPherson stopped the ball into the path of Green who was unlucky to see his shot parried over by Thomson.

Budgie McGhie demanded an appropriate response from his players in the second half and he got what he wanted after only two minutes gone. Paul Allum received the ball on the right wing from a short corner. A queue of players waited at the back post, and it was Kilpatrick who was there first. His headed effort came off the underside of the bar, but Ross McPherson was handily placed to tap in from only a few feet out.

Again, the Bankies failed to capitalise on this positive moment and Perthshire began to impress the longer the match went on with Boyle showing up well. It was Boyle who showed great vision to play a diagonal pass to substitute Kennedy but his chipped effort went just wide of the post. Two minutes later and Boyle tried one himself by cutting in from the left, but Campbell parried the ball away.

For a spell the game ebbed and flowed. MacKinnon could have sealed as he went through on the goalkeeper, but Thomson did well to save at his feet twice as the Bankies midfielder tried to win the wall back. A minute later and Boyle was unlucky not to pull one back when his diagonal shot took a favourable deflection and skidded just past the post.

The Bankies were soon back down the other end as McPherson ran half the length of the park, but as he cut inside from the left he shot tamely at the goalkeeper. This series of play ended with Perthshire getting the goal their play deserved. Not once, but twice they looked suspiciously offside, but the linesman waved them on, and it was no surprise as Boyle slotted the ball home.

With just over 25 minutes left of play there was surprisingly little more action in front of goal. McLean had a decent chance saved by the legs of the ever-improving Liam Campbell. The best the Bankies could muster was a couple of free kick opportunities with Gary Lynn failing to call the goalkeeper into action. In the end up, Clydebank were hanging on a little bit and this will be concerning to Budgie McGhie but the three points stayed at Holm Park as the Bankies saw out the four minutes of stoppage time.

Overall, the Bankies disappointed tonight, but possibly did just enough to earn the points. With Hailstones and Cairney on the bench there was a lack of width about the side, with only Paul Allum getting forward down the flank with any purpose. Winger, Brian Smith made his first appearance of the season from the bench tonight but will still be rusty after being on holiday. A few others seemed to be out of step, and will need to up their game as tougher tests lie ahead.