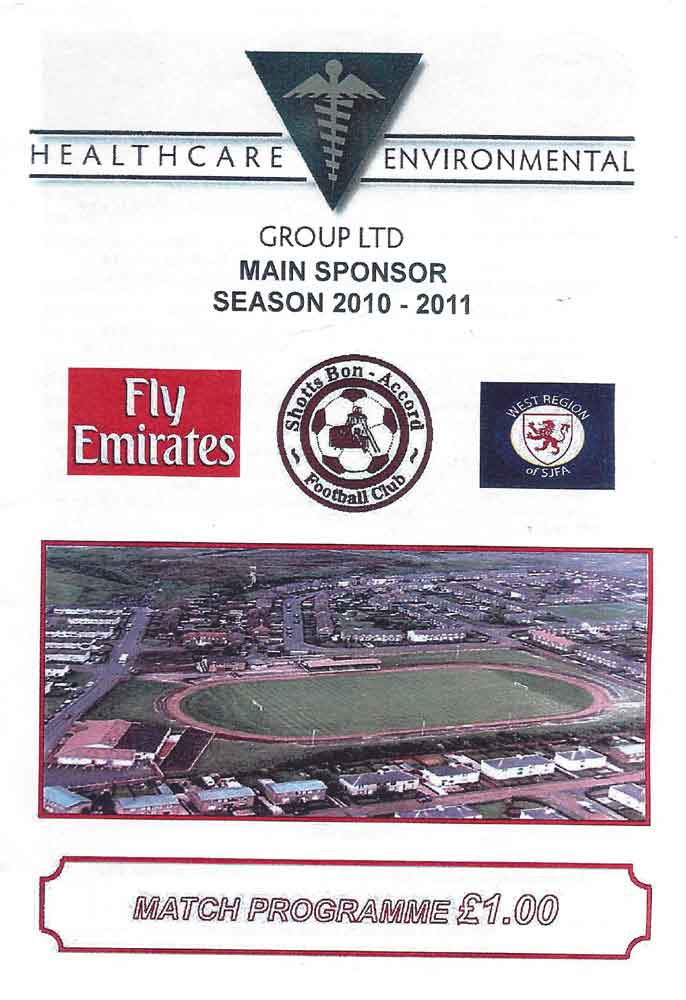 Clydebank relinquished their grip on the Central League cup as Shotts Bon Accord comprehensively knocked them out of the competition at Hannah Park by three goals to nil. The Bankies made eight changes to the side that won at Annbank in the league on Saturday whilst Shotts were almost at full strength with McSeveney, Sideserf, and McStay returning to the starting line up. This may give a clue as to both sides ambitions in this tournament, with the Bankies priority on the upcoming promotion matches and Shotts who are comfortable in the table can have a real go in the cups.

Even so, Budgie McGhie sent out a team to be competitive, but in truth they were second in every department. With a strong wind at their backs, the Bankies started off relatively promising but the nearest thing to a goal came from the incompetence of Whelan in the Shotts goal. Twice he flapped at cross balls under no pressure. The second one in particular almost led to a goal as the ball came off a Shotts defender and only good fortune saw the ball roll across the goalmouth and not into the net.

Possession wise there wasn’t a lot in it, but Shotts attack had more purpose in the first half. A McLaughlin header went just over the bar after twenty minutes following a headed cut back by McStay. Jack missed a decent opportunity in the box as the ball was worked from right to left. He still had a spare man to his left, but mistakenly opted to shoot and it was ultimately blocked.

Shotts took the lead just before the break. They had a penalty claim waved away only a minute earlier, however Clydebank did not escape punishment. The ball was dinked into the near post, and Barker was under no pressure at all as he was allowed to bring the ball down and slip it under Campbell to open the scoring.

Clydebank did up their game at the start of the second period, but poor efforts from Green and McPherson only troubled the terracing behind the goal, and not for Whelan the Shotts stopper. MacAdam came close with an effort after 54 when MacKinnon who was well marked fed the ball to him inside the box, but still he was off target.

Perhaps the turning point of the second half came when Ross Campbell appeared to hurt his hamstring and had to be replaced. The Bankies bench’s effort at trying to get a substitute on the park mirrored the poor performance on it. The subs seemed blissfully unaware that there needed to be a change, and when Moffat was finally called forward, there appeared to be a change of mind and Dymock was finally introduced into the fray wasting several precious minutes.

It didn’t matter anyway as Shotts increased the lead only two minutes later when McLaughlin was set free on the left. There was no need for Campbell to come out of his goal, and his hesitancy matched with his late decision to come out and narrow the angle, all but made up McLaughlin’s mind for him as he just lifted it past the Bankies keeper and into the net.

Shotts were playing quite confidently, and could have increased the lead with Boyack passing up a great chance, with some desperate defending keeping the ball from going in the net. Boyack, again, came close after 79 minutes after a fast breakaway when the ball was played into his path. The midfielder slid in to direct the ball goalward, but Campbell made a great stop on his left-hand side.

Clydebank didn’t really offer up much in the second half, but a late spell of pressure almost resulted in a goal when Dallas smacked the ball over the bar after being set up by MacKinnon who may have had a case for a penalty. It was all over after 86 minutes when Dymock upended Hanlon in the box, and the ref awarded a spot kick. Hanlon took it himself and calmly stroked it into the net to consign the Bankies to their heaviest defeat of the season.

Well, the Bankies have now failed to score in four visits to Hannah Park, and the players really owe the travelling support a performance whenever we next play there. The club may have bigger fish to fry, but it was very disappointing all the same. It may also say a lot about the fringe players at the club, as thoughts turn to what level of player may be required if promotion to the Super Premier League is achieved.