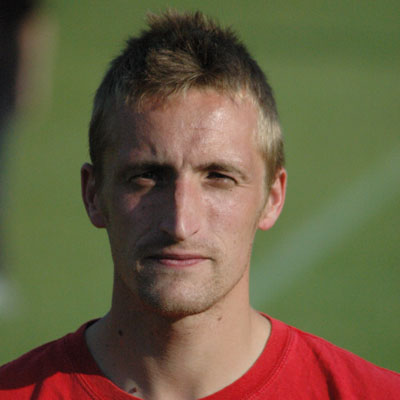 Andy Williamson played five games for the Bankies as a trialist in 2003, scoring in the first ever home game against St Rochs in the Sectional League Cup. Andy was unfortunately retained by Shettleston who were playing at a higher level than the Bankies at the time and a deal could not be reached to bring him to the club. Fast forward to 2006 and the Bankies finally signed Andy from Larkhall Thistle in a deal that saw Ryan Waddell go the other way. Again, fate was against player and club as after only 12 games into his second stint with the club, Andy was offered a job in Dublin that he couldn't turn out. Andy was an accomplished left back that enhanced the side whenever he played. His final match was the Sectional League Cup Final loss to Pollok in October 2006