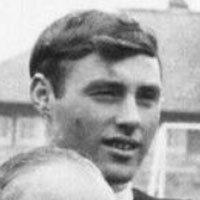 Donald McDonald was freed by Dundee United and picked up by Clydebank. He was a left back but as he was tall Mr Steedman thought he had found a centre half. In a desperate start to senior football in season 1966-67, Clydebank we’re struggling to get to know each other as players and struggling to get to grips with Second Division football in Scotland. There was no consistency in selection as The Bankies defence was leaking goals in every game. The constant changes were affecting morale and Donald McDonald was one of the casualties of these changes.

He was a young defender still learning his trade but he was being switched between left back and centre half and as a result was losing confidence with the constant switching. He had a very poor record in the Clydebank colours, with his thirteen league appearances seeing no victories. He was dropped from the team in November 1966 after a poor performance in a 4-1 defeat at Forfar. He was replaced by John Wark at left back who was only to last a few games in that position before he also had a horror show and was replaced by Davie Mitchell who tied down that position, well until Mr Steedman made another signing and moved Davie Mitchell to right back. Donald McDonald finally made a winning league appearance for The Bankies when he came on as a substitute ten minutes from the end in a 2-0 victory at Albion Rovers in January 1967. His final game was in March 1967 in a 1-1 draw at Alloa in a Bankies team fielding three Trialists. He was unlucky to play in a struggling team and he found himself freed at the end of the season.