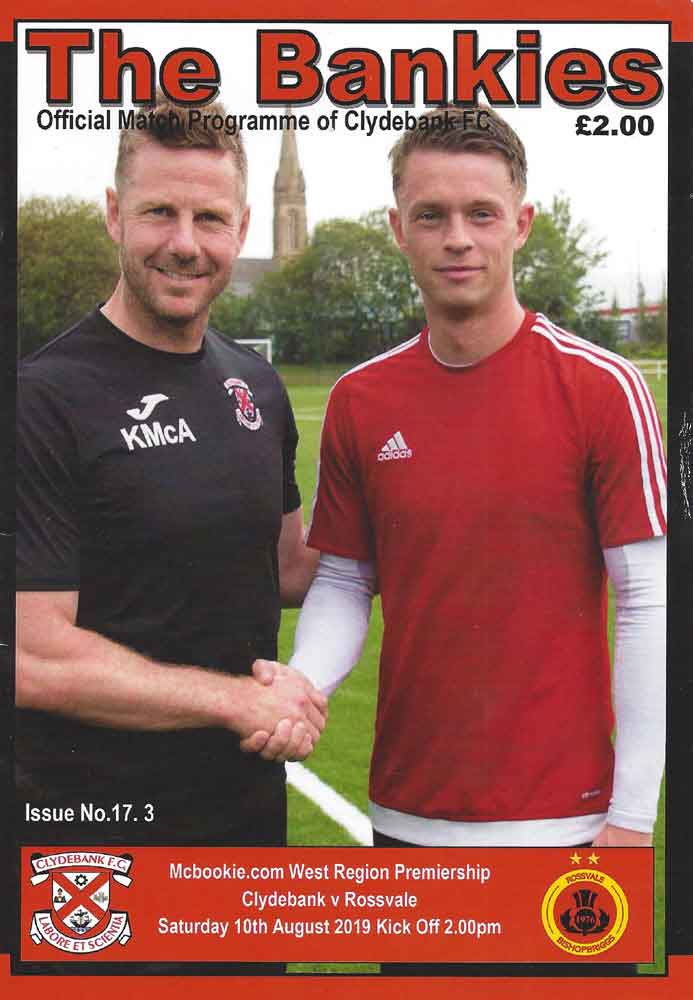 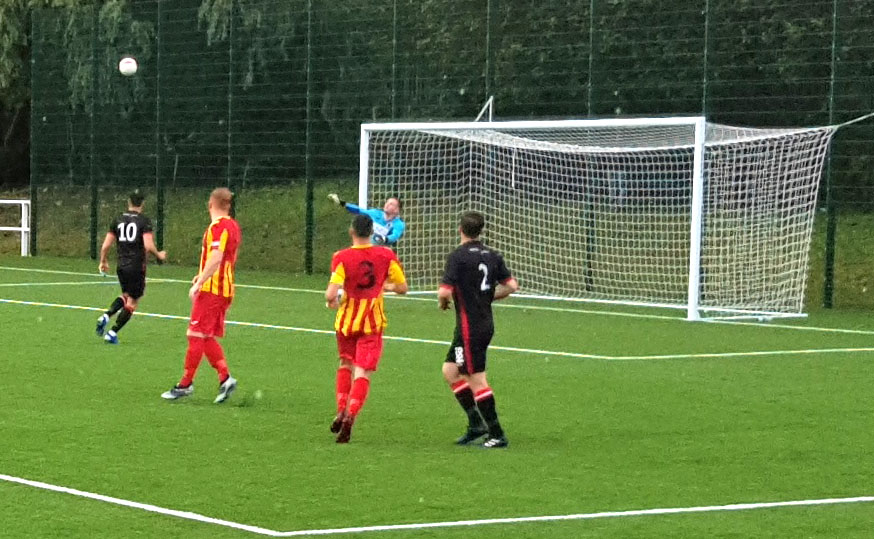 Well it didn’t take long for the wheels to come off Clydebank’s season. Today it felt like we were careering down a hill out of control with no one at the helm. With no disrespect to Rossvale, these are the teams we should be beating at home if we have any pretensions towards the top half of the table. Instead, we were presented with a car crash of a performance where the Premiership new boys could have scored ten but had to settle for three.

The first half was an incredible match for misses. Rossvale could easily have scored six goals, and in fairness to the Bankies we probably could have had four ourselves. It all started so well for Clydebank when Munro opened the scoring with the match barely two minutes old. Cammy McClair broke down the left wing and delivered a cross which was just too high for Shelvey but just right for Munro at the back post to guide home.

Then came a series of unbelievable misses. Firstly, the Clydebank goal escaped when a goalmouth scramble had the Rossvale players claiming the ball was over the line, but was rebuked by the Linesmen. Then Alexander gave the ball away deep inside his own half. McGonigle was quick to pounce and he contrived to miss the target with the goal at his mercy.

After 15 minutes, Davidson turned inside from the left wing into a massive hole in the Bankies defence. The ball was just asking to be unleashed goalward and Davidson obliged but it struck the base of the post with Waters diving at full length. It wasn’t long before Rossvale had another incredible miss. Davidson in acres of space again tested Waters but he spilled the ball giving McGonigle an open goal but he amazingly missed the goal completely.

The Bankies weren’t immune to the miss-fest. Chris Black worked an excellent one two with Nicky Little and with only the goalkeeper to beat, he somehow got the ball caught up in his feet and cannoned his shot off the upright. The misses kept coming and Shelvey was the next offender when Munro played him through on goal. Apparently not knowing whether to uses his left or right foot, he ended up doing neither and the ball squirted past the post.

Shelvey could have had a hat trick before half time, as he misjudged a cross from the right as the ball skidded off his head and wide. Any kind of decent contact and it would have been a goal. He was then presented with a gift by McClair who put the ball on a plate for him with a fine pass from the left wing, but yet again the Bankies front man made a mess of it and didn’t even get the ball on target.

Rossvale fired out a warning to the Bankies when a superb cross from the right was taken on the chest by McGonigle He prodded the ball past Waters only for the woodwork to save the Bankies for the second time. The visitors finally got their goal after 42 minutes and after all those misses it had to be a Clydebank player who put it in the net for them. Johnstone delivered a cross from the left wing which Jamie Darroch attempted to cut out at the near post however his connection was poor and he diverted the ball at high speed past a helpless Waters.

Rossvale’s eyes were now on the prize and they took the lead two minutes after the restart. The ball was fizzed out wide to McGonigle on the right wing with the Clydebank defence nowhere to be seen. He then played the ball across the box for McNab who took one touch and gave Waters no chance.

There was nowhere near the amount of chances in the second half, but Rossvale were always in control. Yet again, Clydebank’s build up play was pedestrian and obvious. This time it was coupled with terrible defending. The Bankies were simply over run in the midfield. Other chances could have been converted however as the Bankies twice had to clear the ball off the line.

Strangely, had the Bankies had a bit more about them they could have taken something from the match. A huge clearance up the pitch beat everyone, but Little who was out of touch all game missed the easiest of chances by trying to be too cute and Donnelly saved easily. Black also missed a great chance when he latched on to a back post cross by Hepburn, but his angled shot went narrowly wide.

Rossvale sealed the match in the last minute. They were basically trying to keep the ball to run the clock down but their passing had the Bankies all at sea and Niven found himself in a great position in the box and calmly side footed home.

It’s hard to know where to start with this as it was dreadful again. I suppose the most obvious place to start is the middle of the park. In the second half of last season teams were bossing us out of games. No players were brought in to remedy this. We are inevitably being bossed in games. Alexander and Black couldn’t stake a regular place in the team last season but have now been tasked with this full time. They are both also guilty of giving the ball away cheaply in our own half. There are no easy alternatives unfortunately as the personnel just aren’t there. One of these players could probably have a place in the side, but we need someone more forward thinking and who can drive the team forward. Rossvale passed the ball every bit as well as we did, but had the aggression, urgency and directness when required. We are sadly lacking in that department.

I’m not convinced with the new full backs yet, either. Both seem to be old fashioned defender types who do not like to get forward particularly. Over the years we’ve had guys like Paterson, who were always supporting the attack, so its unusual to see neither Bailey or Byrne sending crosses into the box. Its early days for these two and once Kennedy has played the defence can be assessed better.

In attack, we have players who can hurt teams. We did actually have a lot of great scoring opportunities today. Shelvey couldn’t hit a barn door but at least he was in the position to do so. Nicky Little has sadly looked off form recently which hasn’t helped. We need to find the right combination of wide men as well. I wouldn’t be averse to playing Shelvey on the left and giving Millar a shot up front.

Whatever the solution is, McAnespie has to find it fast. Pollok now looks like a very daunting task on Monday night as they are scoring a lot of goals and not letting any in.