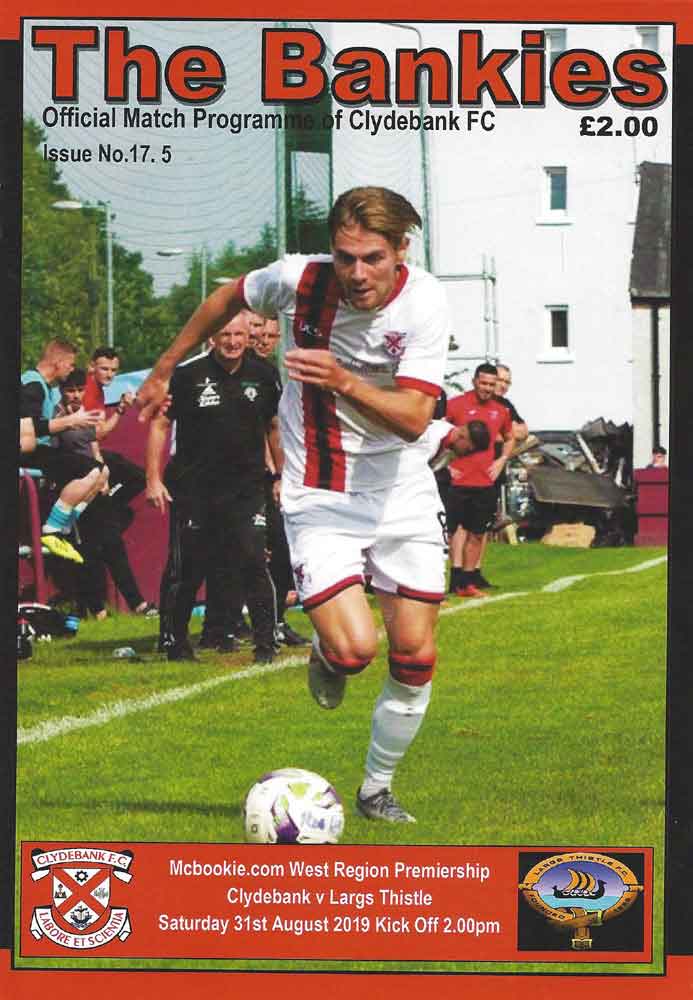 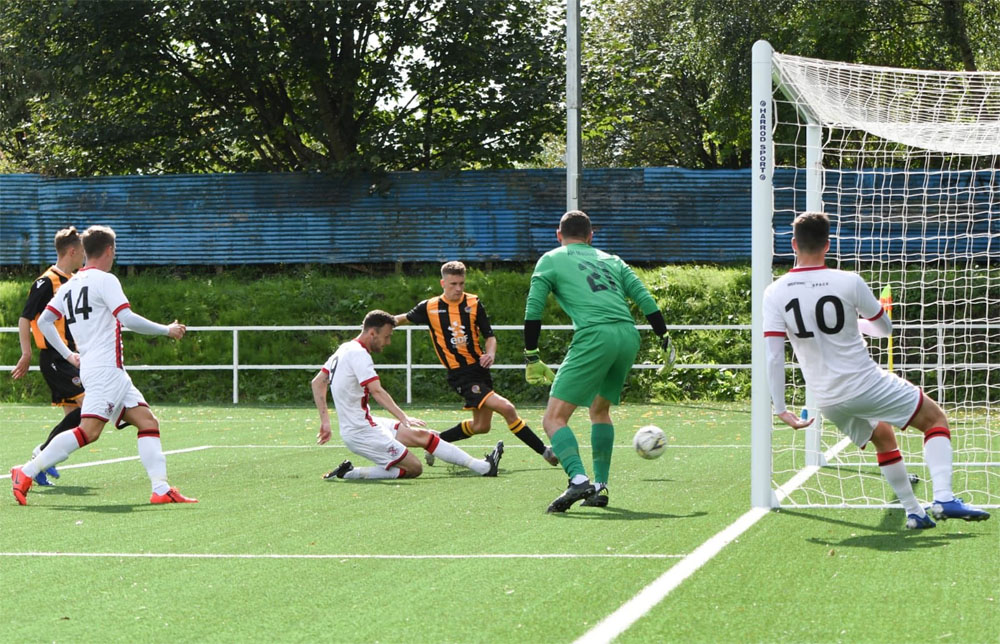 Kieran McAnespie didn’t get the fairytale send off for his last match in charge of the Bankies as they lost rather tamely to a youthful Largs Thistle side by two goals to one. If anything, the game was a microcosm of his season so far; giving goals away cheaply, a goalkeeping error, a disconnect between the midfield and forward line when chasing from a losing position, not to mention a complete inability to play on the artificial surface. Clydebank’s record on the new pitch is dreadful as this was the third defeat in just four league matches since the return to Holm Park.

Three changes were made to the side from last week with Bailey, McClair and Millar all being dropped the bench with Vezza, Munro and Shelvey all returning to the starting eleven.

Any thoughts that McAnespie would be celebrating on his last day were quickly dispelled as Largs took the lead after just six minutes. The Bankies had been warned minutes earlier when Eardley’s deflected shot almost deceived Waters and just went wide for a corner. The goal came from the skill of pacy winger Ben Black who exposed Vezza’s lack of the same by outstripping him on the left wing from where he drove a low near post cross for Adam to pop into the back of the net.

Clydebank’s slow start nearly cost them dear as they could have fell further behind after Vezza missed the ball completely but luckily McBryde was off target with his effort.

The Bankies finally began to work themselves into the match and Lynass showed neat skill on the left wing but his low cross-cum-shot just sneaked past the far post, then Munro almost surprised Lundy with a wicked snapshot from wide on the right, forcing the keeper to parry the ball to his left hand side.

It was just as the Bankies were looking the likelier of the sides when disaster struck when Nicky Little gave the ball away just inside the opposition half. Adam was the recipient and as he made his way to the edge of the centre circle he spotted Waters off his line and tried his luck. Despite back pedalling a bit, it looked like the Bankies keeper would keep it out but his attempt at stopping it wasn’t strong enough and the ball crossed the line.

Now the Bankies had given themselves a mountain to climb, but they gave themselves a chance by pulling a goal back just on the interval. A free kick by Munro was pushed to the side by keeper Lundy, but Nicky Little was quickest to react. Little knocked the ball first time to Shelvey who swept the ball home.

Clydebank made two changes at the break and they did take the game to Largs and almost all the play for the first twenty minutes. The problem none of the shots on goal were clear cut enough, and Lundy pretty much dealt with everything comfortably.

There was Darroch who drove forward and found McClair who neatly touched the ball onto his left foot but his shot was down the throat of the keeper. Then, we had Nicky Little head the ball over the bar from close range, but he did well to get there in the first place.

The best chance was from a long McLean throw in after 57 minutes. Shelvey rose magnificently to beat Lundy, but this time there was a man on the line to head clear. Clydebank continued to make chances for the next ten minutes but chances from Shelvey (twice) and Lynass all went a begging.

About midway through the half the chances dried up. It was one of those days when through balls never quite made their mark, or the ball would nearly drop favourably in the box, but just not quite. Largs were no great shakes at the back and the Bankies just couldn’t get that little bit of the rub of the green.

Although, of lesser importance Largs gratuitous time wasting was a joy to behold and they were aided by a referee who just wasn’t interested in doing anything about it. Largs did the old trick of sending a player about to substituted to the far end of the pitch. The protracted attempt by the ref to make this happen were laughable as excuses with arm bands were used to full effect to waste time.

So that is the end of Kieran McAnespie as Clydebank manager. In truth, things have been generally on the slide since the new year so it won’t do any harm to have a new perspective on things. The new appointment has quite a job on his hands as he will need to quickly assess the squad, and try to get them playing with a bit more commitment and invention than we’ve seen in recent times. Hopefully, an appointment will be made during the week as next up is Glenafton which is never an easy place to go.