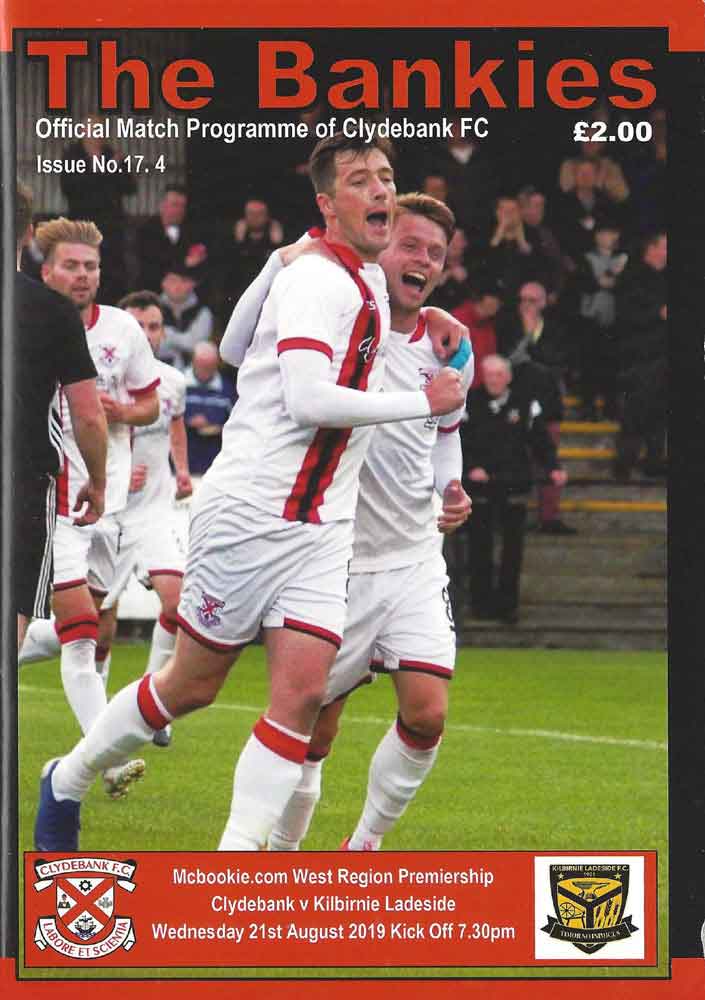 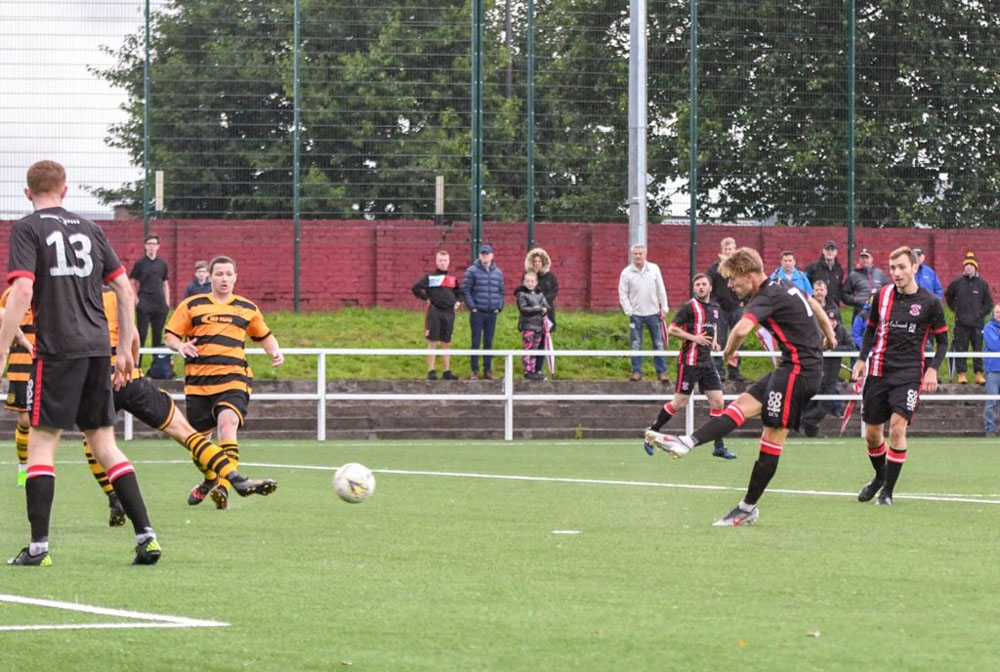 Three goals in a blistering eight minute spell turned this match in Clydebank’s favour, as they ran out handsome winners in the end against a battling Kilbirnie side. It also gave Kieran McAnespie’s side a first confidence boosting league win of the season

The Bankies boss juggled the starting line up again to try and find the elusive winning formula with Matthew McLean recalled and Liam Rowan starting his first match of the season. Aaron Millar was also given another chance up front.

The signs were good when the opening goal came as early as the fifth minute when Little received the ball inside the box and held off a defender. He then laid it off to McClair, who tried a shot with the outside of his right boot. He smashed the ball into a ruck of players, where Nicky Little collected it again and laid it off once more to McClair who this time made up for his initial miss by placing the ball into the bottom left corner.

As Clydebank searched for a second goal, the lack of pace by the Ladeside back line was exposed when a bad pass was played to O’Byrne and Little was quick to intercept and simply ran past him. Unfortunately, the attack was squandered when Little went to ground inside the box and no penalty was given.

Kilbirnie proceeded to have the better of the first period with Clydebank having to be content with breaks from defence, however it was as good a half that we’ve seen from the Bankies in the league this season

The second half began fairly evenly but Clydebank’s defensive frailties were shown up when Ladeside equalised after 54 minutes. A long ball was allowed to split the defence which found Ramsay. Waters came far out of his goal, where a simple touch to the side by the Ladeside forward was all that was needed to juke the goalkeeper and it was a simple finish to make it 1-1.

This goal boasted Kilbirnie's confidence, as they seemed to be playing a lot smoother and fluently. And only 7 minutes later, Longworth bagged Ladeside the lead from an excellently threaded through ball to the centre forward, who swiftly aimed towards the bottom left corner where the ball crept into net via the post from 20 yards out.

The Bankies supporters began to the fear the worst and Kilbirnie had a fantastic opportunity to open up a two goal lead. Waters was rounded by Ramsay, leaving an open goal. To the dismay of Kilbirnie fans, Byrne was on the goal line to deny a third.

The next eight minutes saw the match turned on its head as the Bankies went on a goal rush. A spectacular finish from Lynass gave the players and fans the spark when he received the ball at the corner of the box. With two men on him, he spun, used finesse and skill to curl the ball into the top right corner and just under the bar where Hughes couldn't reach it to bring the side level

Minutes later and the Bankies took the lead. It was another great goal from the Bankies when Rowan played in an early cross from the corner of the box, where Nicky Little was waiting at the far post. A strong and powerful header saw the ball fly past Hughes once more to make it 3-2.

The first league win of the campaign was pretty much guaranteed by the Bankies in the 71st minute. A long ball was played down the wing to Little, who had enough pace to breeze past the left back and square the ball from inside the box to Lynass, who was waiting for the tap in. 4-2 Clydebank.

It was almost five when Hepburn was sent clean through by a ball along the ground from Little on midfield once more. Hepburn faced the keeper one on one but slid the ball left of the far post from his preferred right foot.

Hepburn made up for his miss when he wrapped the scoring up near the end, though. Munro took on his man on the right wing, cut to the by line and played the ball across to the pacy winger who tapped the ball into the back of the net for an injury time goal.

This was a much needed victory for Clydebank coming at just the right time as pressure was beginning to build. Kilbirnie will feel the end result was a bit tough on them as they were certainly in the game for the first hour until it imploded for them. Clydebank have the players to hurt teams and are capable of results like this when they are on song. The Bankies travel to Cumbernauld on Saturday to face Rob Roy who have not picked up any points this season. This is a game which Clydebank will need to win if they are to continue with their recovery.