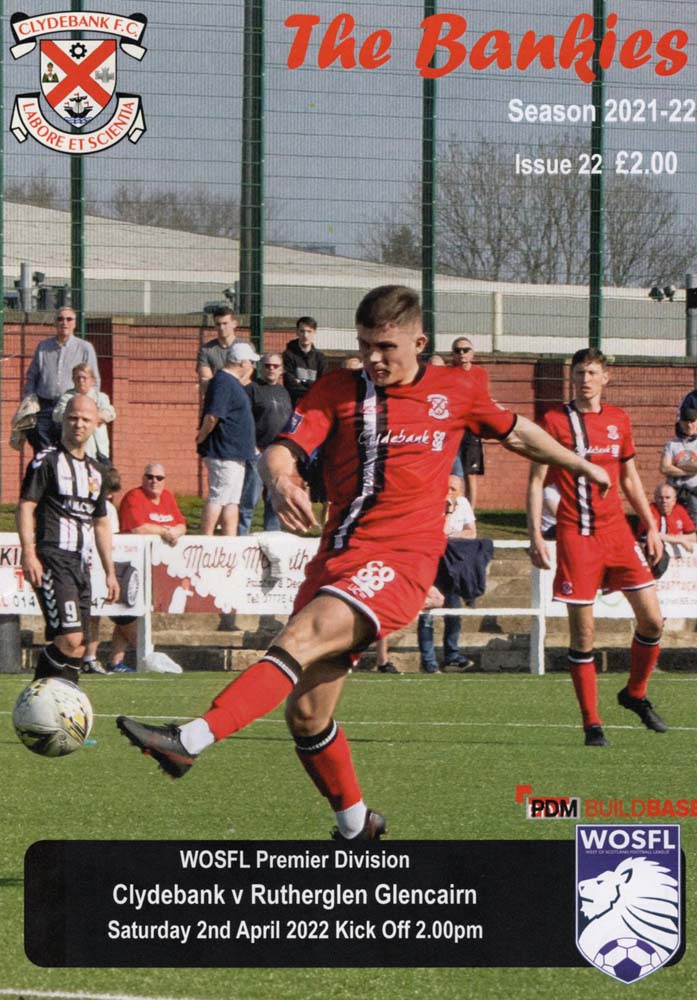 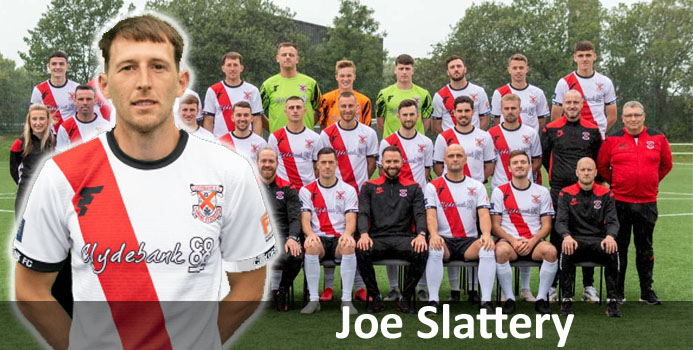 Joe Slattery rescued a point for the Bankies in the seventh minute of stoppage against relegation threatened Rutherglen in this West of Scotland League clash. Apart from the opening fifteen minutes, Clydebank were bereft of attacking ideas and turned in a quite awful display against a team who were there for the taking.

Now, we’ve all seen goalless draws that were quite entertaining, but this was the exact opposite: loads of goals and a desperately bad game of football. Clydebank were deservedly lauded for their Scottish Cup run and for some of the other high points of the season, but this was as bad as anything we have seen in the last twelve months.

You can argue the toss over Rutherglen’s ridiculous time wasting in the last twenty minutes, but the situation should never have arisen where they were allowed to do so. To lose three goals at home to such an average side maybe says more about where the Bankies are at this present time. The bulk of the players worth keeping have now re-signed. There is an undoubted need for an injection of quality in all three major areas of the side, and it will be of great interest to see where Moffat sees the key areas in which to strengthen.

Moffat, in fairness, has changed things about a bit recently, giving players a chance who we haven’t seen as much throughout the season, but I can’t say any of the ‘fringe’ players are likely to be good enough to have the club challenging for the title next year

The Bankies bright opening saw them take the lead after just eight minutes from a fine free kick from Liam McGonigle. Rutherglen had already conceded a free kick at the edge of the box which Munro wasted, and they hadn’t learned their lesson when they gave another one away in a similar position.

This time McGonigle curled the ball over the wall and beyond McGinley at the back post.

The Bankies were well in control of proceedings at this point but were very wasteful with the ball in forward areas. The Glens were looking like a poor lot in the early stages, but were incredibly gifted two goals from set pieces with dreadful defending on the Bankies part.

The first came after 23 minutes from a corner kick on the right hand side taken by Schoneville. The ball hit its mark on the edge of the six yard box, where the Bankies defence all stood like statues looking at each other as Miller headed home unchallenged.

The second came seven minutes before the break again from a Schoneville corner. It was cleared this time, but headed back into the danger area by O’Byrne. On the second attempt it was poorly headed away to Mitchell ten yards out who volleyed superbly into the net.

Clydebank had completely lost their way, and looked incapable of overcoming the Glens spoiling tactics. However, big Matt Niven paved the way for a better second half performance when he equalised just before the break. A free kick taken from the left was met by Niven’s head at the back post, and the keeper, who saw it late, could not stop a goal.

Rutherglen had three players booked in the first ten minutes or so of the second half taking their tally at that point up to five, so it was obvious that breaking the game up was a part of their game plan. However, the Bankies had no clue on how to deal with this.

The visitors took the lead after 65 minutes, and maybe there was some misfortune, as Kyle Munro was injured and was unable to stop the move down the right wing. The ball was played to Mitchell, who cut inside McHugh onto his left foot and curled in a fine effort from the edge of the box.

The Bankies took Munro off, as well as McPherson for Byrne and Mulcahy followed shortly by Black who replaced McKinlay.

O’Byrne nearly scored a fourth from another corner after 79 minutes when he had a free header at the back post but fortunately it went straight to Donnelly.

The Bankies did finally have some sight on goal as the Glens sought to protect what they had. Little should have done better on a rebound he picked up from a Hodge shot, but he hit the ball off a defender.

Then three shots in quick succession went a begging as McGonigle, then Mulcahy had shots blocked from long range. The ball went out wide and Byrne crossed for Mulcahy and his header was too far out to trouble McGinley.

As we have seen on a number of occasions this season, Matt Niven was sent up front to try and rescue the game, but this left a gaping gap at the back which the Glens exploited. As the game ticked into stoppage time, Maley broke away from the half way line and was on course to seal the three points. Paul Byrne had no choice but to whip his legs away earning a straight red. Incidentally, the eighth red card shown to a Bankies player this season.

If we are going to credit this Clydebank side with anything today, it would be having a bit of character about them. Rutherglen’s time wasting came back to haunt them when, in the 7th minute of added on time, Joe Slattery swept the ball home following a fine flowing move involving Chris Black and Matt Niven.

So, the Bankies rescued a point, but this is nowhere near good enough. Rutherglen may be fighting for their lives, but an anywhere near competent Clydebank side would have dealt with this in their stride. Next week, It is down to big spending Darvel, who laid out £20,000 in transfer fees in recent weeks signing Morrison from Hurlford and Syme from Kilwinning. The Ayrshire side have a crunch game against Auchinleck during the week, so the Bankies need to cash in against hopefully tired legs. However, a huge step up in performance is going to be required.