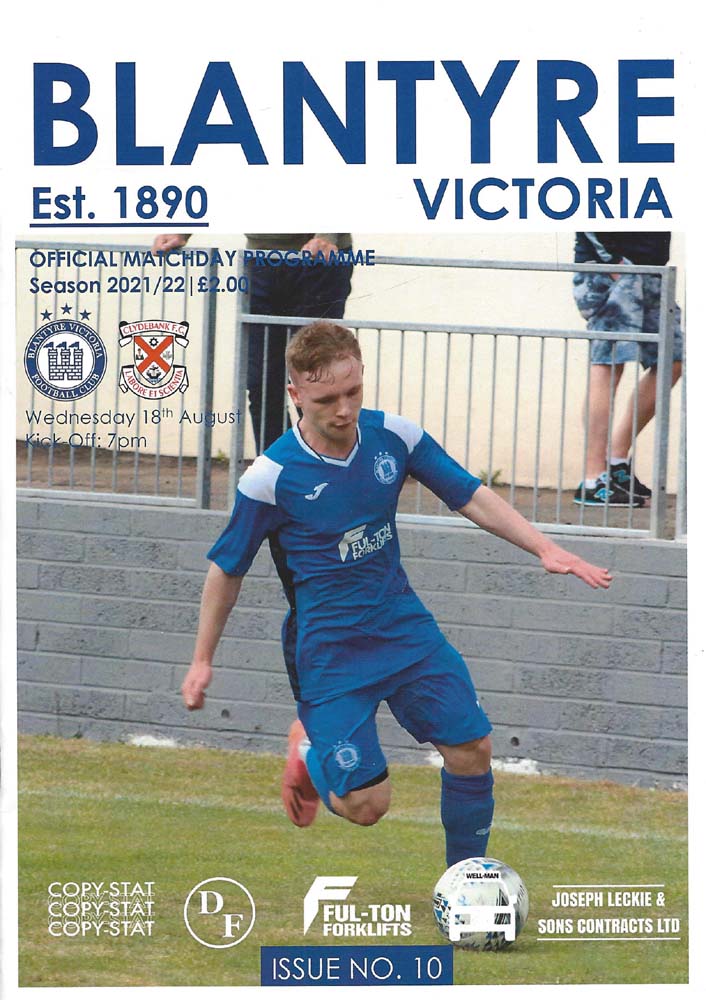 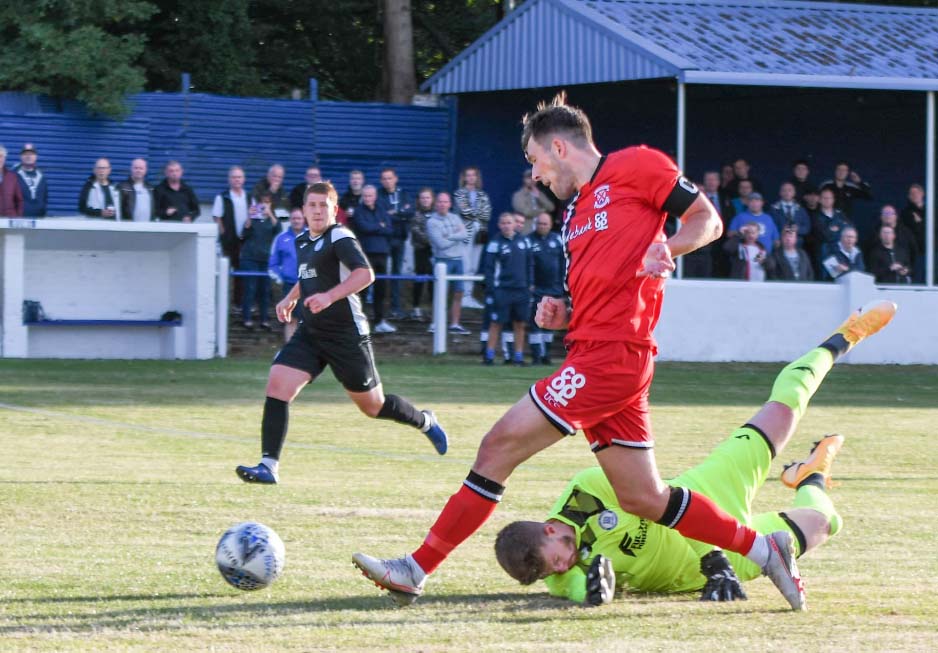 Clydebank took all three points at Castle Park against Blantyre Vics in what could only best be described as a stuffy game. On a dry pitch with was not very conducive to passing football, Bankies top scorer Nicky Little grabbed a double and Lee Gallacher made sure towards the end. Both of Little’s goals came from the most basic of route one football, but he won’t be caring about that too much as he overtook Blair Millar to become the Bankies third highest scorer of all-time.

With one eye on the big game with Darvel on Saturday and a whole series of niggling injuries the squad’s depth was tested yet again. Stevenson, McHugh, Green, Black and Mulcahy all made the starting eleven, and Adam Hodge was in the squad for the first time this season.

To be honest, the game was fairly dull for the most part. There was a litany of mis-placed passes, long punts up the field, and the ball spent as much time in the air as it did on the ground. Undoubtedly, the pitch had a role to play in this as it was dry and fiery, but maybe ten games in a month is taking its toll on the players. The game was in large part bogged down with scrappy play and it was no surprise that the first goal came from a long punt up the park and a mistake by a defender.

Darroch was the player who sent the ball long after 11 minutes of play, and Gibson was the defender who mis-judged the bounce of the ball and let Nicky Little have a clean run on ex-Bankies keeper Liam Campbell. Little rounded the diving stopper very nicely and rolled the ball into the net.

It was good to see Ciaran Mulcahy back in the side and he was effective in getting knock-ons for his colleagues, and Little was one such beneficiary after 22 minutes, Unfortunately he didn’t connect well with the ball from the angle of the six yard box and Campbell was able to save.

The Bankies had a couple of other half chances, that were missed spectacularly wide of the goal, but more notably a McClair cross found Mulcahy just before the half hour, and his one touch control, turn and shot was not too far away.

Blantyre had their best spell in the run up to the interval and they sent out a warning shot across the bow when a cross from the right found Kearney free at the back post. The striker headed the ball downwards, but Stevenson got down well to block with his legs.

The warning was not heeded and just a few minutes later, the same combination resulted in a goal. Boyle crossed from the right, and this time Kearney was positioned in the centre of the goal and he sent an unstoppable header into the top corner giving Stevenson no chance.

The second half continued to be uninspiring as the Bankies just didn’t seem to be able to up the tempo enough to trouble the Vics defence. The home side looked even less likely as they resorted to old fashioned kick and chase tactics that were getting them nowhere.

Then, twenty minutes in, the Bankies broke the stalemate completely out of the blue with yet more route one football. A long ball was met by the head of Mulcahy and it went beyond the home defence putting Little clear on goal. The Bankies top scorer beautifully lifted the ball over Campbell’s head to put Clydebank ahead once more.

This gave the players a reprieve, as it looked like Moffat was about to use all three substitutes. From there on in, it looked like the Bankies were going to collect the points as Blantyre weren’t offering much as an attacking force.

The Bankies just needed the security of an extra goal and it game with six minutes remaining. Cammy McClair was the creator as he sent in a cross from the left wing. It was meant for Nicky Little, but he missed it at the near post. The ball continued on and bounced up at a nice height for the incoming Lee Gallacher who headed it beyond the stranded Campbell.

So the performance wasn’t the greatest, but you can’t play like world beaters in every match. It was an awkward game, against stuffy opponents on a difficult pitch. There was no real panic, and the chances were converted when they came along. The three points are everything as the gap on Auchinleck was closed back down to two points as both they and Darvel failed to win.

This sets things up nicely for the huge game against Darvel on Saturday at Holm Park. This importance of this fixture cannot be overstated. There is a massive opportunity for the Bankies to open up an eight point gap on one of their rivals, and with Auchinleck on cup duty the chance to possibly top the league table.