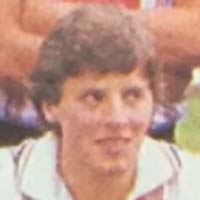 Doug Brown started his career at Aberdeen but was handed a free transfer despite scoring 33 goals for the reserves in one season. Clydebank snapped the striker up in the summer of 1978. Unfortunately, Doug found it difficult to break into the Bankies first team due to the form of the free scoring McDougall and Millar. Doug found the net twice for the Bankies in 17 appearances, most of which were from the bench. The club subsequently accepted a bid of £25,000 from Sheffield United in early 1979. Again, Dougs appearances were restricted and he left Bramall Lane for Australia.