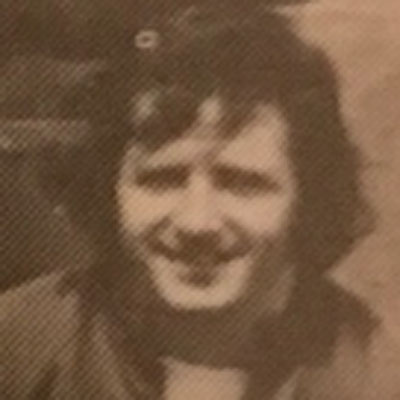 Picked up on a free transfer from St Mirren, Billy McCallum only spent one season at Clydebank which was a shame as he was a talented footballer. He was an ever present in season 1966-67, which was an achievement in itself, with the constant changes in team selection made by the clubs owners. He was an elusive little guy on the pitch and could ping balls through to Russell and Moy to do the damage in the box. He would be a midfield general in today’s football world, but back in the day little guys were shoved out on the wing.

Billy was a tricky inside forward/winger who enjoyed far more success in the Junior grade. He reached four Junior Cup finals with the all conquering Cambuslang Rangers team in the early 1970's, picking up three winners medals. His runner up medal was in an epic three game final against Irvine Meadow. He won Scottish Junior caps and was in the same Junior Scotland side as another ex Bankie, goalkeeper Steve Anderson in a 3-0 victory over England.