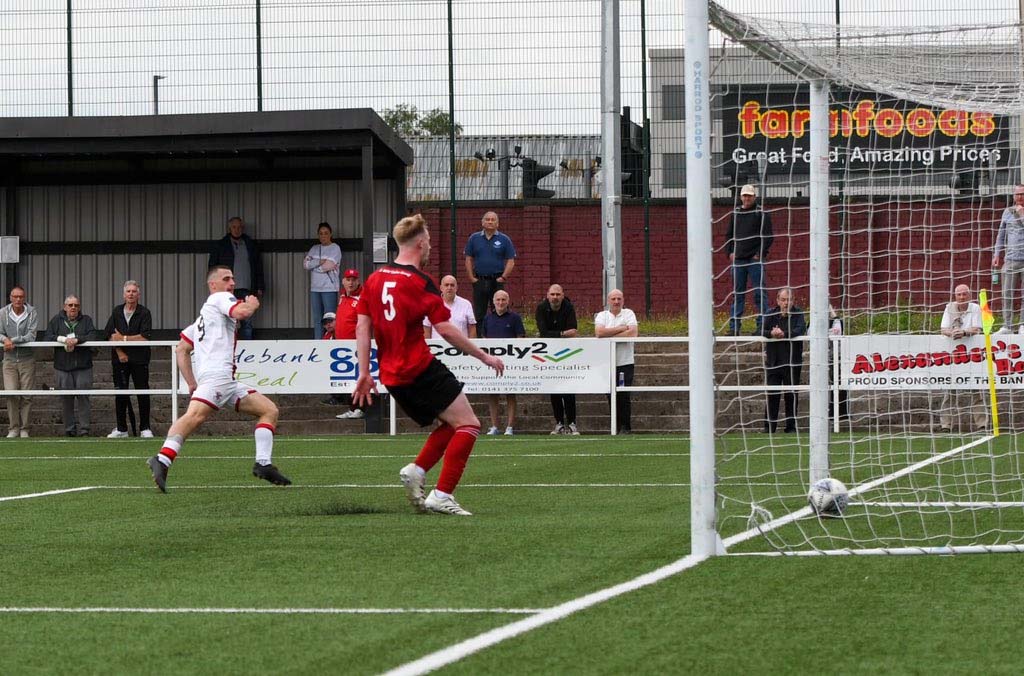 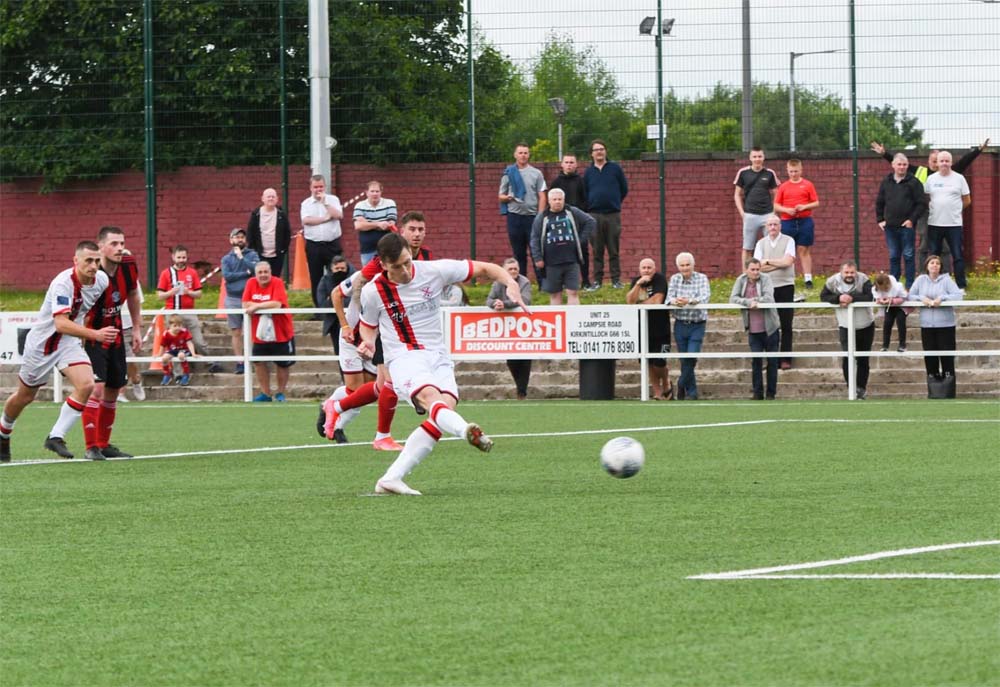 The Bankies completed their pre-season schedule with a less than convincing 2-0 victory over Lowland League side Dalbeattie Star thanks to goals from Nicky Little and Ciaran Mulcahy. The play was disjointed throughout as the Bankies never really established dominance over the visitors and on another day Dalbeattie could have snatched a draw.

Gordon Moffat put out quite a different starting eleven again for this match, and it looks about half and half of what will start next week in the league opener down at Auchinleck. Little, Gallacher, and McLean were on the bench and both Johnstone and Niven were absent from the squad altogether. I would expect all five of these players to be amongst the first picks next week.

There does seem to be one or two spots up for grabs particularly in the wide areas and upfront where it seems a wee bit less certain who will be given the nod.

Both Mulcahy and McPherson started upfront and it was the latter who had the best chance for the Bankies in the early part of the game. Put free on the left hand side, he had the opportunity to lob the goalkeeper who had come off his line unadvisedly. Unfortunately, the striker was unable to control his effort and the ball bounced well wide of the goal.

Clydebank stepped up their efforts and a fine footballing move after 19 minutes down the right hand side saw McClair turn neatly at the touchline and deliver a cute cross for Black but he could only steer his header straight at Holt.

Dalbeattie who have struggled near the bottom of the Lowland League in recent years had not come to Holm Park to make up the numbers, and minutes later Currie missed the first of three great chances he had in the game. He was most unlucky this time as his 25 yard piledriver hit the underside of the bar and then the inside of the post.

McPherson came close again for The Bankies when he fired a terrific free kick just wide of the target after Slattery had been fouled trying to take on the whole defence.

Then, down the other end, Liam Park cut inside from the right beating a sluggish looking Jamie Darroch in the process. The goal opened up right in front of him, and fortunately he hit a defender’s shot straight at Donnelly when he should have scored.

The half closed with Darroch getting on the end of a Slattery corner kick, but he was unable to get enough power in his header and the ball drifted over the top.

The team talk at the break didn’t seem to have the desired effect as it was the Star who made the first opportunity. A defence splitting pass between Hodge and Green sent Currie clear on the left hand side of the goal. The lanky striker bore down on Donnelly, but found the Bankies keeper in great form as he parried away his shot. Clydebank appear to have a goalkeeper who will save points in the course of the season rather than give them away as we have had with the last few incumbents between the posts.

Moffatt started to make some changes to try and gee the home side up by bringing on Byrne and McLean followed by Little and Gallacher. In between these substitutions Clydebank opened up the visitors defence on the hour. Holmes beat Dunn with a lovely bit of skill on the right wing and sent in a great cross. Mulcahy got the better of Keeper Holt in the air, but the ball was hooked off the line at the last minute. Holmes has been used in the holding midfield slot in pre-season that Frazer Johnstone normally occupies, but he can obviously be employed in the wide areas if needed.

Clydebank finally got their noses in front after 68 minutes via the penalty spot after a couple of unfortunate incidents for Dalbeattie. Firstly, a superb last ditch challenge on Mulcahy was harshly deemed to be a deliberate pass back. Then, from the indirect free kick inside the box Nicky Little clattered the ball off a defenders arms giving the ref an easy decision to make. Little calmly put the ball away.

The game finally turned Bankies way in a two minute spell. Currie completed his trio of misses when he and Vezza passed their way into the Clydebank penalty area. With his back to the goal, he turned swiftly and, maybe, mis-hit his shot. It was enough to beat Donnelly, but not the upright as the ball bounced back into the gratefully keepers arms.

Immediately, Clydebank scored down the other end. A fantastic tackle by Holmes to win possession and subsequent through ball sent Mulcahy clear. The newly shorn striker calmly rounded Holt and stroked the ball into the unguarded net.

Clydebank comfortably saw the game out but perhaps had a bit of an advantage as Dalbeattie didn’t seem to have any substitutes to bring on.

So now the attention turns to the real stuff as the league campaign gets underway next week. The Bankies travel to Auchinleck who have been the dominant club at this level for a number of years. Clydebank have struggled at Beechwood Park on the whole, but there should be high confidence after last years aborted league campaign saw the club win seven out of eight matches. Gordon Moffat has assembled a squad that looks like it can compete for honours and has instilled a belief that we can go down to Ayrshire seeking to win the points. This is a big season for the club and there would be no better statement of intent if we can do just that.