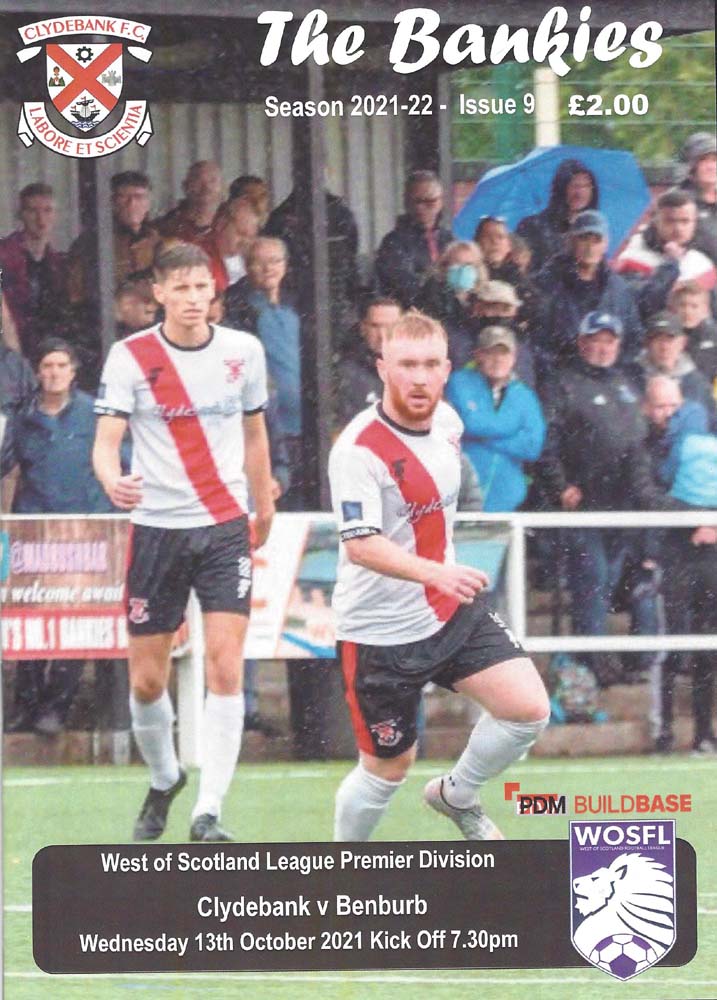 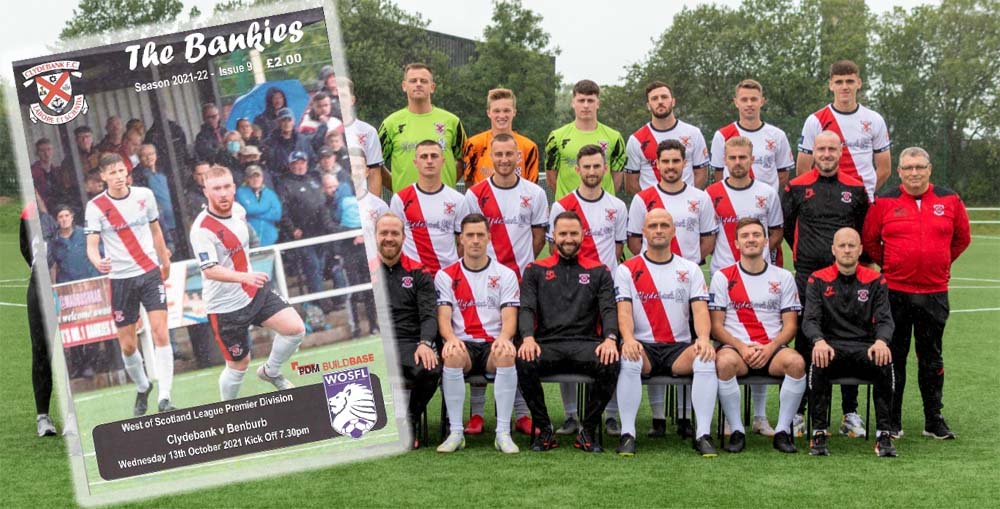 Hamish McKinlay’s tap-in after 34 minutes was enough to give the Bankies all three points in an instantly forgettable match against Benburb at Holm Park this evening. The Bens, as expected, were a resolute bunch with no punch up front. As predicted in the match programme, the visitors provided a competitive test for the Bankies, but we just had a little bit extra where it matters in the striking department to get us over the line.

It feels like we are struggling to get a full squad together at the moment and as such a couple of the boys from the 20s squad were drafted on to the subs bench. Both Adam Smith and Connor Hamilton have had experience with the first team in previous seasons so this was nothing new for them.

The game itself was poor fare overall. The Bankies certainly had the bulk of the possession and the game was largely played in the Bens half, but we have really lost the vim and vigour of the early part of the season. With the big cup game coming up against Elgin in just under two weeks, we have chosen a bad time to be off form. The middle to front area is as pedestrian as we have seen all season, and all too often we resorted to hoofing the ball up the pitch aimlessly. The neat interplay and passing that the Bankies are capable of was missing, and we don’t seem to be using the width of the pitch with the same confidence.

This lack of confidence was shown when McKinlay took advantage of a poor kick out by keeper McLean. He ran in on goal, but rather than taking on the shot, he delayed which allowed the defender to get back and then rather disappointingly dispossess him.

There was nervousness at the back as well when Niven had the ball taken off him by Jarvie. The striker also tried to run in on goal but under pressure he hit a poor, weak shot straight at Donnelly.

The goal when it arrived came not from open play, but from a corner kick. Gallacher delivers quality crosses into the box, and Niven did extremely well to free himself from a ruck of players to get to the back post and nod the ball off the upright. The rebound dropped perfectly for McKinlay to prod home from a couple of yards out.

The second half was more of the same with little invention on display from both teams. Benburb are strong at the back, and they are not an easy team to break down. Ryan Docherty was outstanding in the Bens defence and not much got past him and he still has a fair turn of pace for a 35 year old.

The Bankies did have a spell towards the middle of the half where they were getting a bit more joy, but invariably Docherty was there to mop up including heading away some dangerous cross balls.

Lee Gallacher had a powerful shot from just outside the box on the left hand side that McLean had to beat to the ground, then Chris Black wasn’t too far away with an adventurous curling shot with the outside of his right boot. The closest the Bankies came was a Darroch header from a free kick which scraped by the post with McLean well beaten,

There was another one on one for the Bankies when a long ball over the top put Nicky Little clear. Unfortunately, he never really had the ball under control, and under pressure, it ran away from him into the arms of McLean.

With a slender lead there is always the possibility for last minute disaster, and twice in stoppage time Benburb nearly nicked a point. The first effort was skied over the bar, but the second was a real chance for substitute Ferris who tried to dink the ball over Donnelly inside the box, but he put too much on it and it drifted over the bar.

The most important thing was to get the win, and with Auchinleck losing for the first time this season, the Bankies are still in with a shout at the halfway stage. I think we would have been fairly happy to be where we are, given this option at the start of the season.

Goals have been hard to come by recently, and the cup game against Division Four side Harmony Row on Saturday gives the Bankies the chance to get a confidence gaining win before the huge test against Elgin City a week on Monday in the Scottish Cup. Gordon Moffat will be tempted to give some of the fringe players a game, but I think he should definitely give Nicky Little a run out. Since netting his 100th goal for the club he has been out of touch and has now gone eight games without scoring. We know what he is capable of when he is on song, so this game may just give him the chance to find his shooting boots.