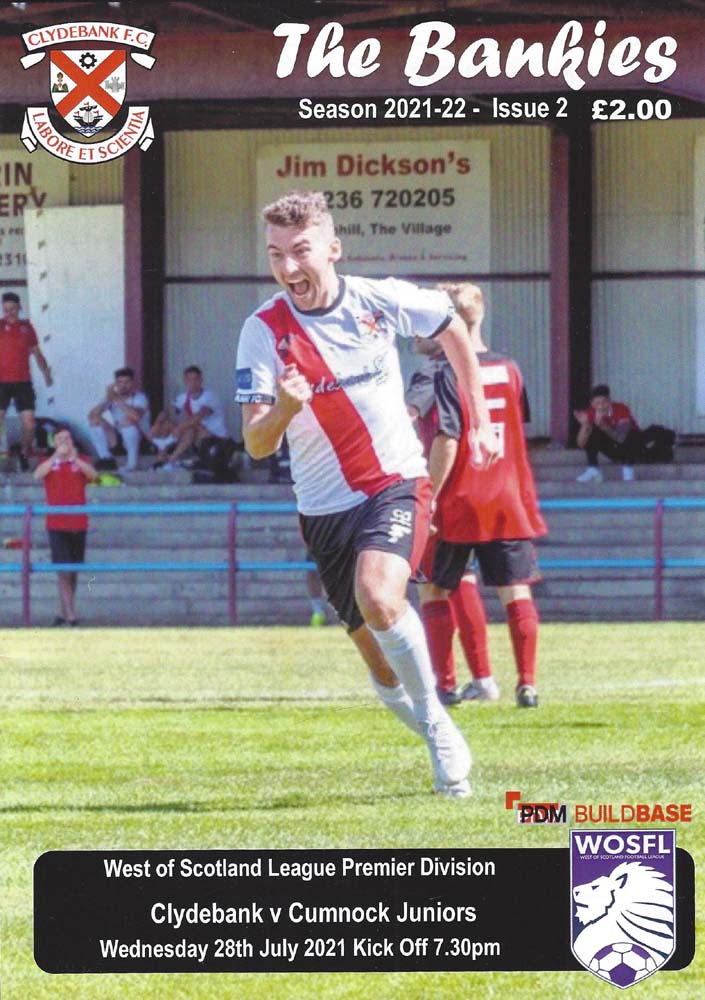 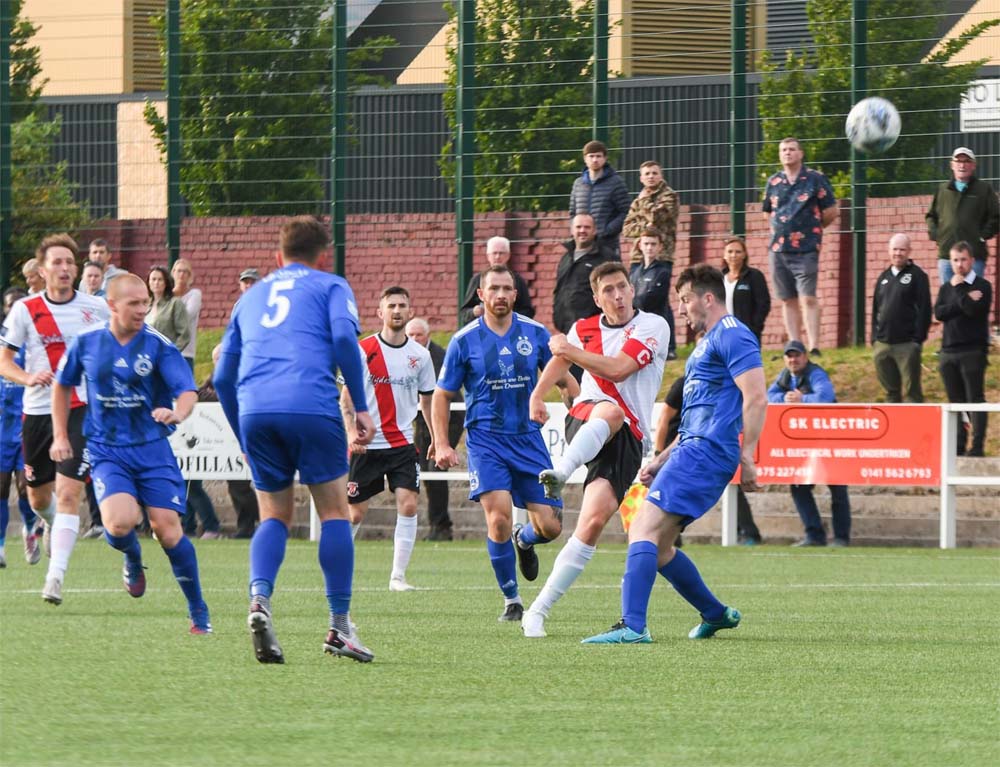 Clydebank edged out Cumnock by the odd goal in three but were made to work every inch of the way by a very useful opposition. The Bankies dominated the first half and led by two clear goals from Nicky Little one of which is a contender for goal of the season. Cumnock brushed off a penalty miss, and came roaring back in the second half, and might feel a little unlucky that they only scored once as the Bankies held on.

With the games coming thick and fast, Gordon Moffat made a few changes to the side. Match winner from Saturday McGonigle and Slattery who both contributed from the bench, were given starts, and Michael Bailey came in for his first appearance of any sort this season, Lynass, McPherson and Owens were the players to make way.

For a midweek game, there was another good attendance in the ground, and the players gave the fans plenty to shout about with a much improved performance. Twice in the opening minutes Lee Gallacher found himself in good shooting position on the left hand side of the penalty box . His first effort was on target at Hughes’ near post and the keeper had to turn it away for a corner. The second was not quite so clever as he blazed the ball over the bar.

The Bankies were in the mood, and almost took the lead on 13 minutes when Slattery took the ball on the left wing and delivered a great near post ball for Nicky Little, but his connection was poor and the ball went narrowly wide of the upright.

The opening goal was only delayed another minute, as a clearance from the defence reached Nicky Little at least 35 yards from goal. Taking everyone by surprise, and most definitely Hughes in the Cumnock goal, he turned and smashed the ball high into the net for an absolute peach of a goal. Hughes had no chance and could only watch the ball fly past him.

The pressure was kept up and goal number two followed just ten minutes later. It came from an initial move that saw Johnstone feed the ball to McGonigle who raced into the box. The Bankies winger tried a scoop shot, but Hughes was wise to it and pushed the ball away for a corner. From the resultant flag kick, Lee Gallacher took a short one, and on receiving the ball back crossed to the back post where the unmarked Nicky Little was on hand to nod home from close range.

As half time was nearing, Cumnock had forced their way back into the match without causing the Bankies too much bother at the back; however they were to be awarded a penalty after 39 minutes. A neat forward move saw Bailey on the wrong side of Martin and as he tried to skip in front of the defender he fell to the ground and, on balance, it was probably a penalty. Osadolor was given the job of taking the spot kick, but it was quite a poor effort from the striker, as it was in Donnelly’s wheelhouse and he saved on his right hand side. The ball broke back to Osadolor but at a height that he couldn’t control and the Bankies number one was able to smother it.

The second period was a different story as Cumnock upped their work rate significantly and won a number of corners in the early part of the half. It was going to go either one of two ways. Either the Bankies were going weather this early storm or Cumnock were going to pull a goal back. Unfortunately it was to be the latter. The ball was worked out wide to Martin on the left hand side, and he delivered a pin-point cross to the edge of six yard box for Veitch to head past Donnelly.

With over half an hour to go, Cumnock gave themselves plenty of time to take something from the match, and the game took on more of a cup tie feel with chances coming at both ends. Clydebank should have scored after 66 minutes when Nicky Little rolled an enticing low pass across the six yard line for Lee Gallacher. It looked a certain goal from close range at the back post but full credit to Kieran Hughes who threw himself across his goal to block.

Cumnock retaliated with two chances of their own. Substitute Fotheringham had a shot from the edge of the box which was just too straight and saveable for his liking, and then Ferry had a free header from a corner kick, but he could only direct it over the bar.

With ten minutes left Lee Gallacher was incredibly unlucky not to tie up the three points for the Bankies. Hamish McKinlay challenged for a high ball and it broke to Gallacher wide on the right hand side. He raced away from a defender and burst into the box from an acute angle, he curled the ball past Hughes, only to see it clatter off the far post and away to safety.

With time running out, Cumnock started to employ the long throw into the box. Twice the second ball fell to Jamie Conn inside the box in great positions. The first effort was weak and straight at Donnelly, however the second was a great chance. From around twelve yards out Conn had full sight of the goal and although the ball was maybe a little high he should have buried it, but luckily for the Bankies it screwed wide of the post.

There was just some time left for Oisin McHugh to blooter the ball flush into ref Chris Gentle’s face which both sets of supporters enjoyed. Cumnock are a very good side, and it will be a surprise if they are not at the upper end of the table as the season progresses. I said this game would be a good yardstick to measure Clydebank’s title ambitions, and overall Gordon Moffat can be quite pleased with this. The first half was probably the best the Bankies have played in the league this season, whereas the second period was a bit more patchy. The most important thing was to get the three points and to beat one of our near rivals hopefully shows we are on the right road. The Bankies now face two tough away trips to Ayrshire. On Saturday, it’s down at Troon which is a ground the Bankies don’t have a great record at, then Glenafton on Wednesday who haven’t had a great start to the league but are always dangerous opponents.