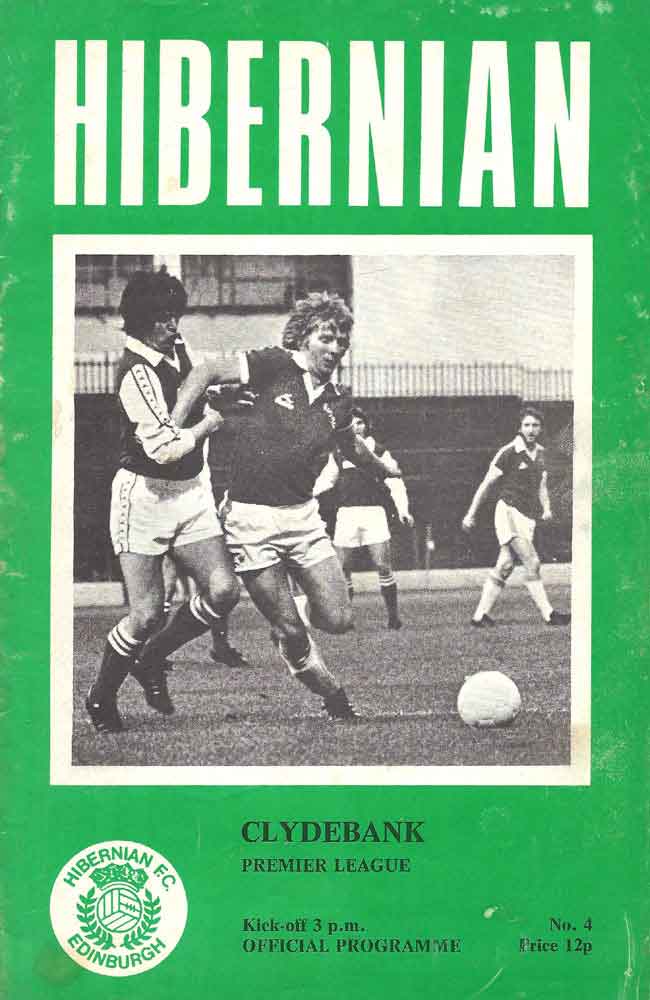 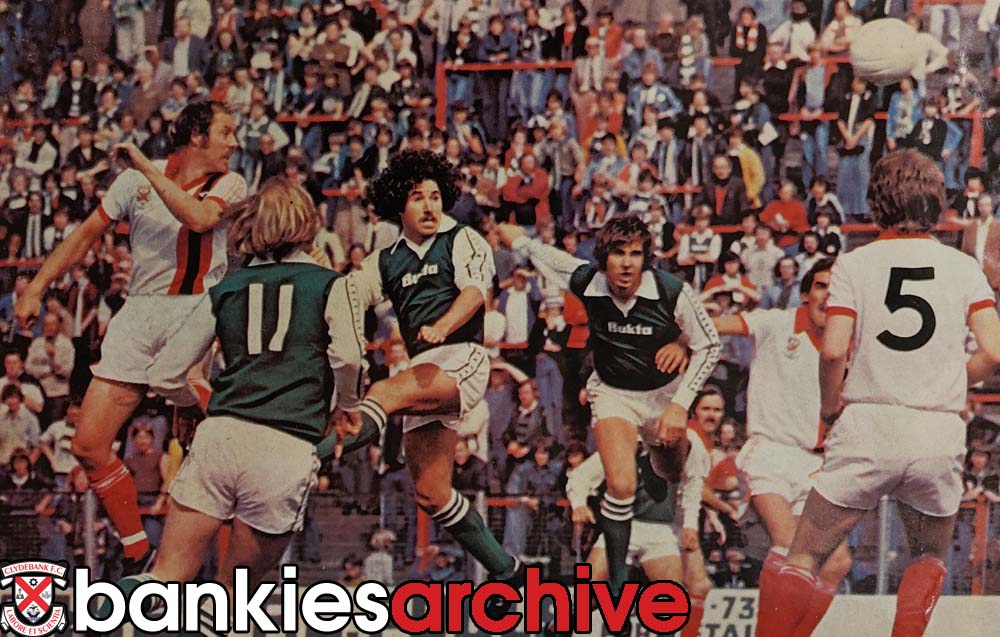 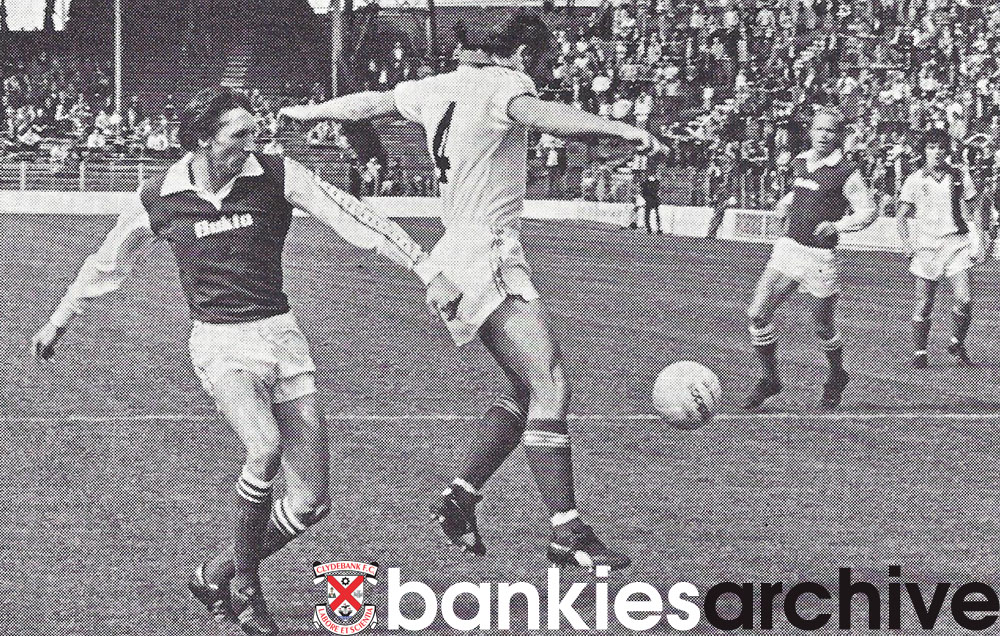 First half goals from Scott and Brazil dumped Bankies in a frustrating match at Easter Road on Saturday.

It was NOT Clydebank's best show of the season - they toiled in midfield and had it not been for the expertise of Jim Fallon and Jim Gallacher, Hibs could quite conceivably have scored half a dozen.

The first half was a dour affair and although Hibs scored twice they didn't really show their superiority until after the interval- and yet they failed to add any further goals.

They opened the scoring in the 13th minute. Schaedler took a long throw in, Scott found space and back headed the ball past Gallacher. There was some slack marking here.

Bankies then came a bit more into the game and Larnach was looking his usual menacing self. He combined well a couple of times with O'Brien but each move broke down as quickly as it had begun..

Hibs went two up just a minute from the break - the ideal time to score. McLeod floated in a superb ball to young Brazil who prodded the ball past a blameless Gallacher.

In a more entertaining second half Hibs were well on top although Bankies came close a couple of times. Gallacher saved well twice from Scott and McLeod.

Bankies' closest thing came when Larnach headed against the bar. Houston also came close with a header but the ball flew wide.

On pressure of play it was a fair scoreline but Bankies know they can play better than this - and they'll have to prove it to survive.

Larnach was their top man. He never stopped running and was always prepared to have a go.

Gallacher looked useful too but I'm afraid the whole midfield just had one of those days.

Bill Munro was naturally disappointed with Saturday's result but more especially about the first goal.

“We talked before the game about Schaedler's long throws — and yet they scored from one,"

He added: "The second goal came just a minute before the break - and that just knocked the stuffing right out of us.

“I am still very confident that this pool of players will keep us in the Premier Division. We've proved we're a good team over the past two years by jumping two leagues — it's got harder and harder the further we've come.

“We will be difficult to beat at home - our home performances should keep, us up."

Mr. Munro paid another tribute to Mike Larnach after his fine display in Edinburgh. He said: “Mike is a great man to have in your side — he always gives one hundred per cent."

-----
Report 2
-----
First, as the politicians say, I should declare my interest As a youngster living within three-quarters of a mile of Easter Road I recall the Saturday afternoons when there was no room to park a car in our neighbourhood. So having actually paid to watch Hibs in healthier times, it was therefore sad to find several berths within 100 yards of the ground

Yet Saturday's turnout of 6750 must have been healthier than club officials dared hope after their league cup demise at the feet of first-division opposition for the third successive season. Hibs rewarded their loyal followers with a second-half display which, if not of vintage Famous Five standards, was at least acceptable to the palate.

Nevertheless, an old failing was much in evidence. There was no striker sharp enough to translate their many chances into what should have been a net full of goals. This fact could prove Hibs' undoing, for a more alert defence would have prevented the two goals which they did score.

Hibs were well drilled and had the satisfaction of seeing a practised set-piece manoeuvre pay off with a goal when a Schaedler long-throw was headed home by the unmarked Ally MacLeod. MacLeod also chipped to the unpoliced Brazil, who stabbed home the second from close in.

The first of these particularly angered Clydebank's manager, Bill Munro "I warned about Schaedler's long-throw ability in our pre-match discussion," he said "When we lost a goal to that move the team felt very bad and it was reflected in their play." Their frustration was displayed in the booking of O'Brien for dissent.

But the real difference was in class, as even Munro admitted. Certainly Larnach, a speedy and aggressive centre, has that quality, but at times he looked like a man in solitary confinement up front.

For too long Bankies bad the look of men who knew they were pursuing a lost cause. Midfield was the department where the disparity was most apparent and I would venture to suggest that Hibs' Edwards, out of favour at present and therefore presumably available, would be a telling acquisition at Kilbowie Park. Without some injection of personnel they face a long, hard winter.