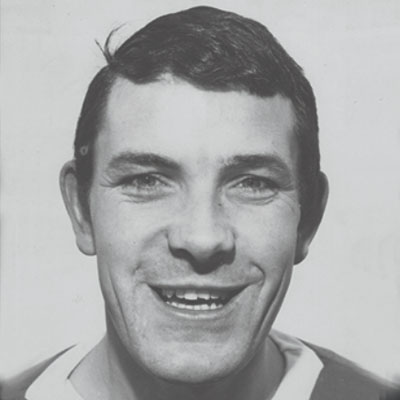 John Baxter spent over a decade at Hibernian from 1955, before joining up with Falkirk for a year in 1966. He was freed at the end of that season and the Bankies snapped up the experienced wing half as the club embarked on their second term in senior football. John had played in the 1958 Scottish Cup final for Hibs, and had received an u-23 cap for Scotland during his time there. John had one full season with the Bankies playing and was mostly a regular netting four goals. At the end of the season John hung up his boots.