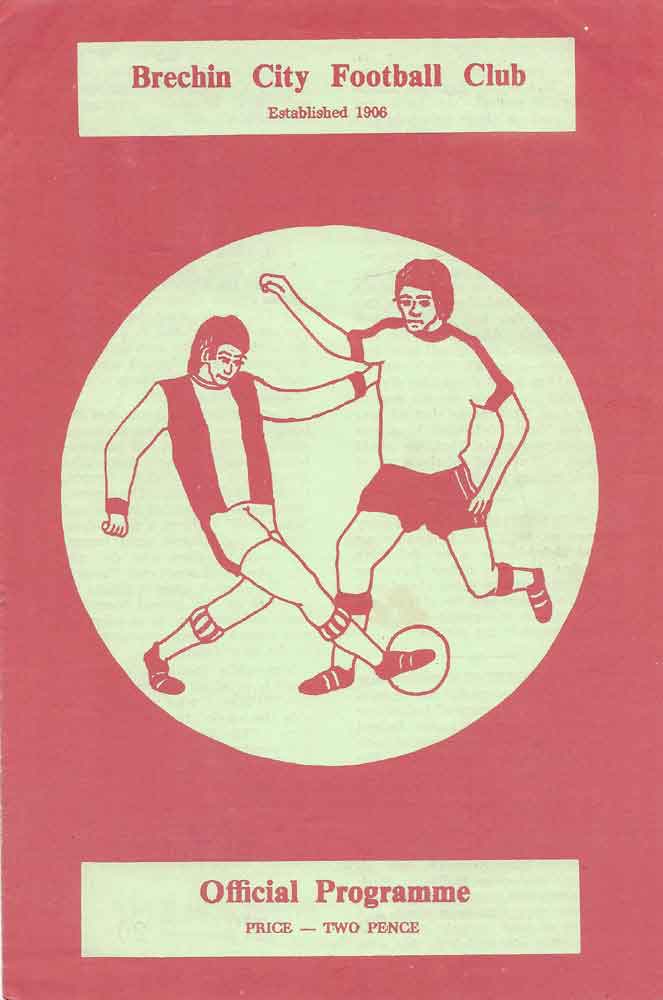 After the Bankies vital win against Stranraer at Kilbowie two weeks ago, it was interesting to contemplate on what their tactics would be in this away match against Brechin Saturday up at Glebe Park on Saturday.

Keeping up their tradition, Clydebank made a very bright start to this match, But City certainly hadn't a thing to worry about when it came to the ball heading for Reilly's net.

The only real piece of running he had to do was when a 30yard pass back from Clark threatened to do the home side an injustice.

It was Brechin all the way in the first half, but a first time shot by Kinnes at goal sailed high over the net in a wild effort to take up the early lead they wanted so much in this match.

A few weak shots and some fine drives earned them number one when Kinnes appeared on the scene once more. Kinnes, with a high lob from downfield in the 11th minute, managed to weave the ball magically, high over Jim Gallacher, off the post, and with a last enthusiastic jog into the back of the net.

Clydebank did well to keep up the pressure with some fine play and exquisite ball handling, but it was to no avail as Brechin came up with goal number two.

A Britton free kick in the 22nd minute was well met by a waiting Nicol, who ran onto blast the ball into the back of the net from 20yards.

Clydebank got their attack moving again in the second half, coming back into the game with a bang.

Provan and Fallon were good defenders in this half, although McNicol and Wilson were always dangerous throughout play.

Wilson must have been the unluckiest forward in this game however, as was seen when two good shots hit off the bar and out, and having shortly before had a tremendous whipped round the post by big Jim, who was now showing great ability and some fine saves.

The Bankies first reduced the leeway in the 72nd minute when Roxburgh, always where he should be took his chance and ran on to nip the ball into the goalmouth for a fine goal.

A tense moment for City in this half when Reilly misjudged a punch at the ball which landed at White's head. Seizing his chance, White hammered the ball only to watch it sail high over the keeper and be subsequently well cleared by Britton.

The Bankies number two arrived one minute from the final whistle in a last gasp attempt to even things up with their worthy opponents.

Hall, choosing his moment, chipped the ball past the keeper to bring both teams level at the end of play.