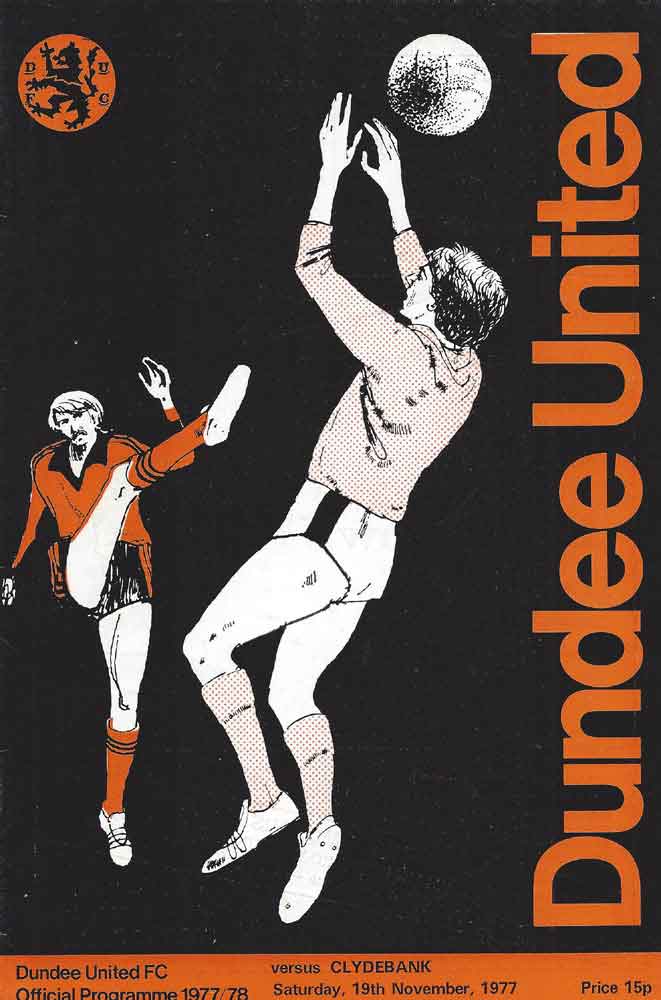 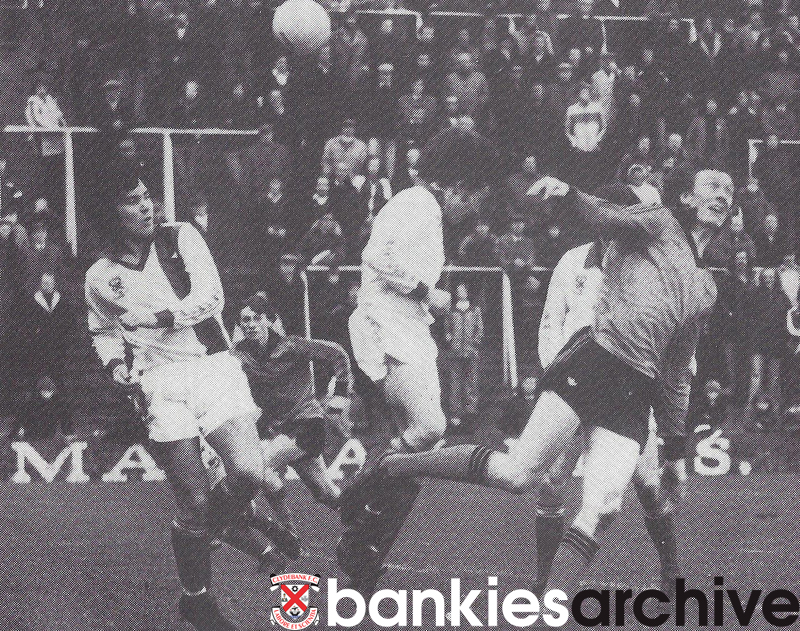 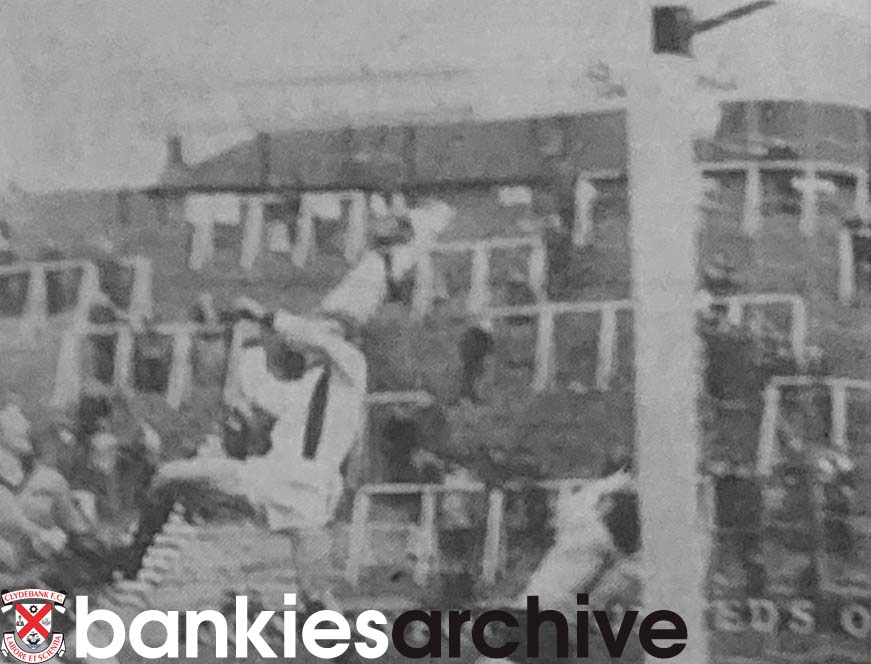 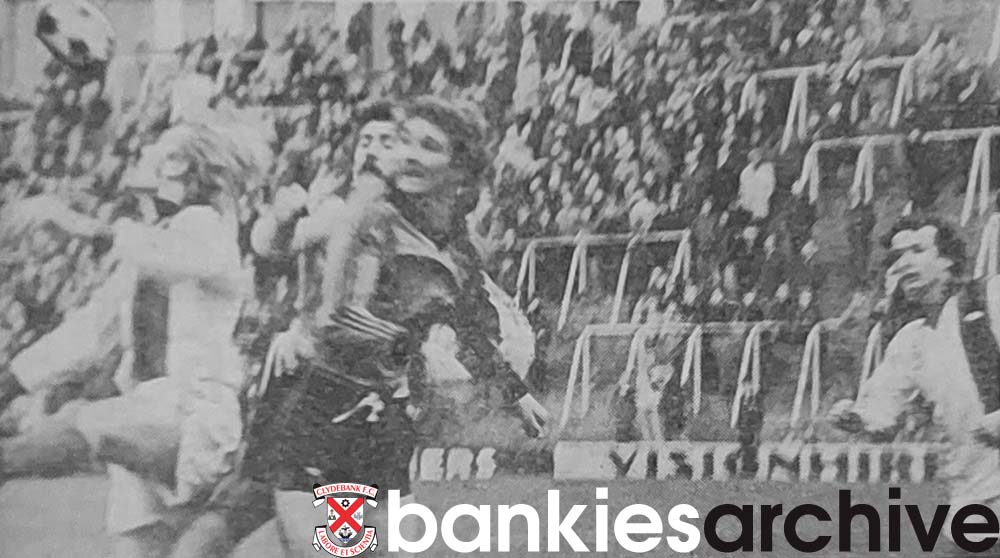 Playing a pleasing brand of football, Dundee United steamrollered the Bankies at Tannadice on Saturday. Architect of the win was little Graeme Payne - a bustling little midfield maestro who's full of audacity.

But things could have been so different if Bankies had been able to capitalise on their dominance in the first 15 minutes.

McNaughton and McCallan made the home defence look very shaky during that time and it was the latter who came within a hair’s breadth of drawing first blood.

Jim Fallon pumped a free kick into the United box. McCallan lost his marker and rose to head the ball cleanly past McAlpine – but it hit the bar, and apart from a good low free kick from McColl that was about it as far as Bankies were concerned.

Clydebank had but three stars – Jim Gallacher, Norrie Hall and would you believe….. Jim Fallon?

Had it not been for their tireless endeavours the homesters could have had twice as many.

They got their first in the 20th minute. Rolland sent over a low cross that Fleming had the simplest of jobs to side foot the ball into the net at the far post.

They nearly made it two a minute later when a fine glancing header from Bourke shaved the post with the defence static.

Gallacher then pulled off two super saves. First he dived to rob Payne who was clean through and then repeated the exercise on Sturrock.

The inevitable was only delayed a few minutes. Bourke was the marksman from close in.

Bankies did have a purple patch of sorts before the break but although they built up moves reasonably well they just couldn’t get in the vital final shots.

Jimmy Lumsden came on for Colgan at the break but soon it was all over as a contest. Gallacher couldn’t hold a Payne shot and Wallace nipped in to net the rebound.

Hegarty headed the fourth from an inch perfect Payne corner.

Tom Callaghan replaced Dougie Hay but by that time the match had petered out and play centred on midfield - a bit of a bore in the end.

Dundee United served notice at Tannadice on Saturday that they can again be championship contenders. Some may argue that professional pride, insulted by the dismissal from the league cup by Hearts in midweek, occasioned United's return to the gold standard - and against a team which is propping up the nine others.

But there was more to it than that. Clydebank, by manager Bill Munro's own admission, "were outclassed," and the measure of their inferiority was mercilessly brought home to them.

The revival was not witnessed by Liverpool, who watched Graeme Payne against Hearts. For that United's manager, Jim McLean, was doubtless grateful for Payne was in a class of his own on Saturday, "I have heard nothing from Liverpool," McLean said afterwards, "and I hope I don't. I have no desire to lose any players."

For those who have never had the pleasure of watching Payne in action it should be noted that he stands 5ft. 5in, and weighs barely 9st. He played for two hours against Hearts In going that would have put a smile on the face of a hippopotamus.

"I thought it would have taken too much out of the wee fellow," said McLean, "I asked if he would like to be rested today. Am I glad he said no.”

He was the composer of all four goals, each of which was a classic. For the first he orchestrated a duet on the right with Rolland, who cut back for Fleming to net from close in. The theme repeated Itself for the second, Payne cutting back a Rolland pass for Bourke to add the finishing note.

That concluded the first-half scoring, but United could easily have had more, Payne, being foiled by a Gallacher reflex save when he attempted to chip over the goalkeeper's head, and Bourke hitting a post.

For the third goal Payne released a pass from inside his own penalty area, straight to Sturrock in the opposing half of the field. Sturrock's powerful shot was merely parried by Gallacher, and Wallace, having sprinted from his own half, netted the loose ball.

The final blow to Clydebank came when Hegarty, timing his run to a Payne corner with flawless precision, used his forehead to bullet the ball past a flat-footed Clydebank defence.

There is little that can be said for the Kilbowie side. Before United got into their stride McCallan headed a Fallon free kick on to the crossbar. They had little to offer but a willingness to run and a refusal to resort to crudity. But against United on Saturday many other Premier League sides might have fallen short of even that.