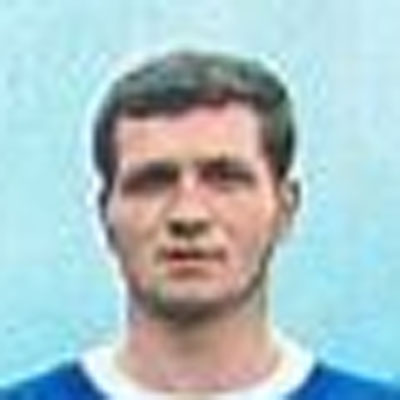 Stan King had been signed from Stranraer in 1967, he had previously been with Queen of the South and made his debut for them as far back as 1956. He was a small stocky muscular man and operated as a competitive inside forward. By the time he joined Clydebank and made his debut he was reaching the veteran stage of his career at 29 years of age.

The strange thing was that in the one season he spent at Clydebank he played almost as many games as he had in his seven seasons with the Palmerston club. Claudio Ranieri was called the “tinkerman” but Clydebank had their own “ tinkerman “ back in the 1960’s. Mr Steedman loved tinkering and Stan King was a player moved about the park, right back, right half and inside right were all positions occupied by Stan.

Stan made his debut, and what a game to make your debut, against Chelsea on 4 August 1967, in a 2-2 draw at Kilbowie. As stated Stan only had one season at Kilbowie but a lot was packed into that season. He scored in the 5-4 derby loss at Boghead against Dumbarton, Clydebank coming out 2-1 winners against the Sons in the Ne’erday game on 1 January 1968. He was sent off in the Battle of Bayview against East Fife when Clydebank went down 6-0 and finished with only eight players and an outfield player in goal (John Baxter). Stan also finished with a bang, his last game was a 5-5 home draw with East Stirling in which Mr “Tinkerman” Steedman had moved Stan to left half, had one of his trialist goalkeepers on display, played a trialist left back, moved a centre forward to centre half, left half Tommy McGhee who had been converted to centre forward was playing outside right and big John Baxter another left half was playing outside left, yes Mr Ranieri would have seen a real tinkerman in action in the 1960’s.

Stan left at the end of the season and returned to Stranraer were he played on for a further four years, hanging up his boots in 1971.