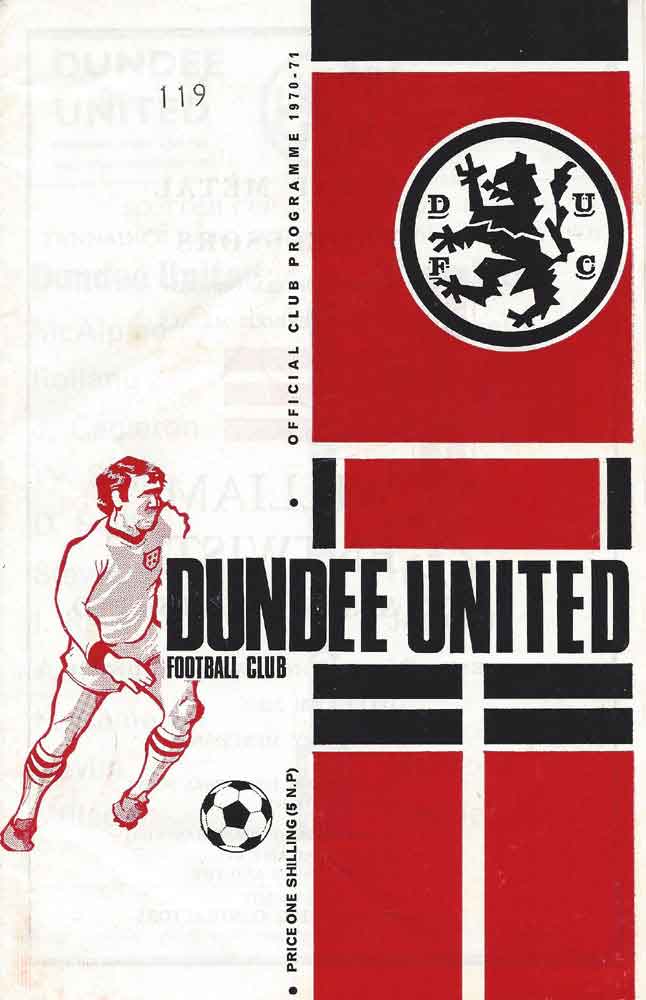 Clydebank were turfed out of the cup by a vastly-different looking United team from that we saw at Kilbowie at the weekend.

Here was a Dundee side bubbling with confidence - especially from the 26th minute, when Alan Gordon "took off" yet again to head home between two defenders, with Mick McDonald stranded.

The cross came from Davy Wilson, and must have been one of the dozens of times Gordon and Ian Reid - United's own "air force” – flew through the air, leaving Bankies' defence helpless.

The players came out for the second half - and for Clydebank, it was also to two minutes of joy, then tragedy, that was to come.

In the 47th minute, Mike Jackson swung a corner into the Tannadice goal-mouth. Jimmy Caskie was nicely positioned at the near post, and flicked the ball on to Alan Munro. The big inside-man sent a powerful header raging into the net.

But in the 49th minute came the body-blow that rocked Clydebank. Ball-playing Alex Reid took a pass in midfield, ran to the right then cut into the middle again before unleashing a drive from 20 yards. McDonald had no chance-and United were in front again.

From here on, the First Division team went through a repertoire of skills, as Clydebank worked hard to come back.

But United's "flyers" were still rising inches above the defence, and more goals came from Wilson (as Bankies appealed for off-side); Jim Henry, who beat three defenders before leaving McDonald standing with a shot from the penalty spot; and the winger joined his inside-mates in leaping to head home for the fifth.

In between the goals, there were some wild Bankie clearances and United hit the woodwork once, as well as having several near misses.

A disappointed Jack Steedman. Bankies manager, said after the game: "That second goal really did it, after we had pulled one back."

Dundee United clinched place in the fourth round of the Scottish Cup and a golden tie with Aberdeen by disposing of a fighting Clydebank at rain swept Tannadice.

Although the First Division men turned on some real power in the second half, with four goals in 18 minutes, the game Kilbowie Park boys deserve full credit for giving United the fright of their lives in the first half.

It must be said United’s great return to scoring form indicates the clash with the Dons could be a North-east bonanza, and already the fans are gleefully awaiting the tie, with a 28,000 limit.

On the Tannadice surface which resembled a glue pot and worsened all the time in rain, the Bankies turned on some crisp stuff early on, and keeper McAlpine was extremely busy.

United ever so slowly came into things and the aerial talents of Alan Gordon obviously upset the visitors. The big fellow was fetching and carrying with great effect, and in the 20th minute he dragged the ball through the defence before leaving Ian Reid with an easy chance. Somehow the young centre shot past.

A goal was not long delayed, however. A Davie Wilson corner was whipped on by Alex Reid, and Gordon jumped to nod into the net past two astonished defenders on the line.

Clydebank fought back gamely, and just on half time Jimmy Caskie ran through to score, only to be pulled up for offside.

Then a minor sensation two minutes after the break. The visitors caught United out with a corner on the right, and Caskie manage to scoop across goal for Munro to head into the net.

For a fleeting moment or two a real sensation was on the cards, But Alex Reid dispelled all home doubts with a brilliant goal in 51 minutes. He took a henry pass in midfield and strode on to crash home a great goal from 25 yards. This literally finished Bankies, and the roof fell in with three goals in seven minutes.

In 62 minutes Davie Wilson nipped past Gray on to a Rolland pass and left McDonald helpless. Five minutes later Jim Henry brushed off two tackles in the box and blasted home number four and in 69 minutes Henry made it five.