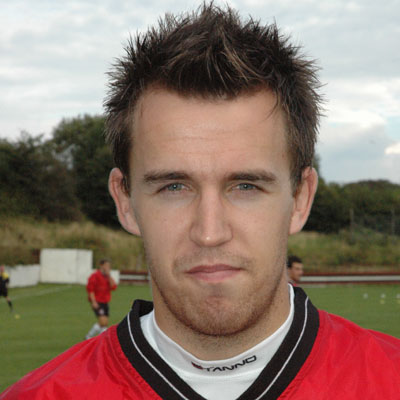 Ged Hoey was a combative midfielder who signed for the club in the summer of 2006. He initially joined on loan from Alloa Athletic, but this quickly became a permanent deal. Ged was a regular starter in his first season scoring twice in 28 games. Ged was a mainstay at the start of 2007-08, but surprised everyone by leaving the club in November of his own volition. Ged ended his Bankies career with four goals in 39 appearances.