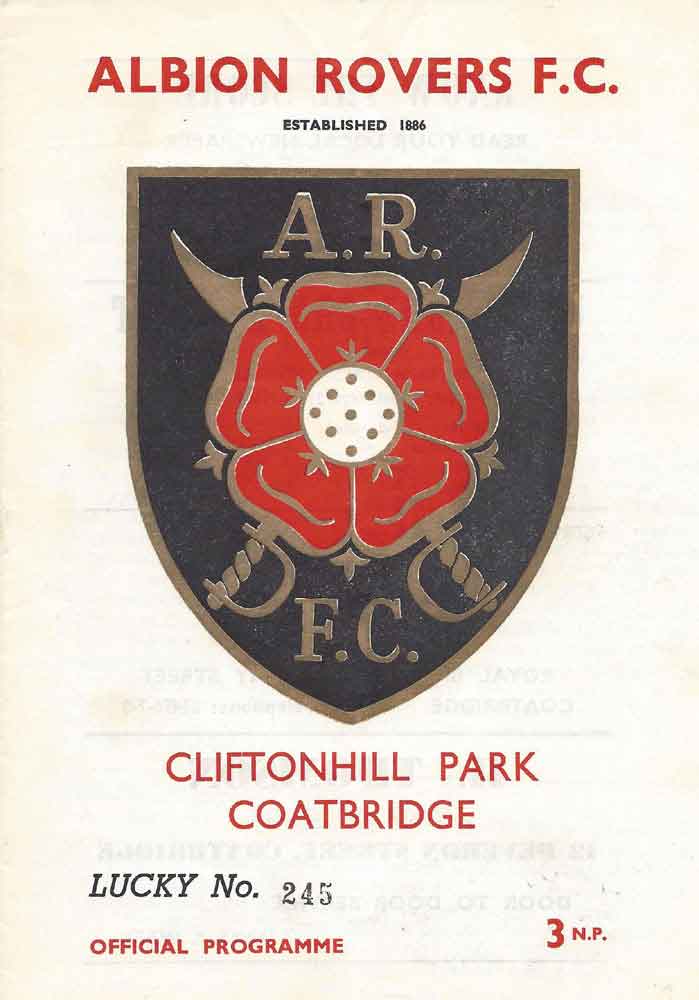 The big question on the lips of the Bankies fans who travelled on Saturday for this match is "what has happened to the Clydebank team which did so well in the League Cup?" For the team which took the field against Albion Rovers was at times so lethargic and slow it seemed impossible it could have reached the League Cup quarter final.

There may have been one or two changes in the line-up since, but essentially i was the same team -the team that beat newly demoted Cowdenbeath at Central Park by the odd goal in seven, the team that slammed five past an unsuspecting Berwick side at Kilbowie, the team which put up such a great show at Parkhead against Celtic in the quarter-finals, despite the 6-2 result.

Yet here was the same team struggling- and I mean struggling against an Albion Rovers team that looked far from mighty.

But if Rovers had really struck their game, the thought of how many goals they would have scored can only add to the misery of the Bankies fans. To add to the day's despondency, Dennis Ruddy received his marching orders in the 17th minute after an incident with Rovers Sage.

Sage fouled big Dennis as he made to clear the ball. Like the whiplash from a torn hawser under load Ruddy turned and seemed to spit in Sage's face. The referee never saw the incident - but the linesman did, and he called over the ref, who booked Ruddy, then, much to the joy of the home lans, sent him off.

Whether this had any bearing on the end result would be very hard to say. It certainly didn't help matters but Bankies' answer to it was to pull Dougie Hay back to Ruddy's position and bring Alan Munro into mid-field.

At the start of the second-half. Norrie Hall came on as substitute with Graham McFarlane going off. Hall took over from Hay, and he resumed in mid-field with Munro returning up front.

Rovers took the lead in the eighth minute through Ferris. As the Bankies looked for an offside decision that never came, Ferris strode on with the ball cut to his right past McDonald and sent a low shot into the net.

Stung in to retaliation, Clydebank could have been two up in the next six minutes.

A header from Munro went over and a few minutes later a strong Hay header was stopped practically on the line by Brown.

Two minutes before the interval. New netted, but the goal was disallowed for offside,

In the 57th minute the Rovers went further ahead through Halliday, who stroked the ball home from close range after Ferris and Ness had made the opening. The stand-side linesman immediately raised his flag for off-side as soon as Halliday got the ball but the referee over-ruled this decision and allowed the goal to stand.

A slack pass from the Rovers defence went straight to Jimmy Caskie, but the winger's first time shot scraped the outside of a post.

All six-foot plus of Mike McDonald was needed in the 73rd minute when Halliday tried to loft the ball over the keeper's head but McDonald stood on his tiptoes and palmed the ball down.

In the dying minutes, Munro missed a golden opportunity when he headed a Caskie cross over a few feet from the line.

The only players who can feel satisfied with their performances are McDonald, Mitchell and Fallon. The rest I am afraid are not going to endear themselves to the fans if they don’t pull up their socks.