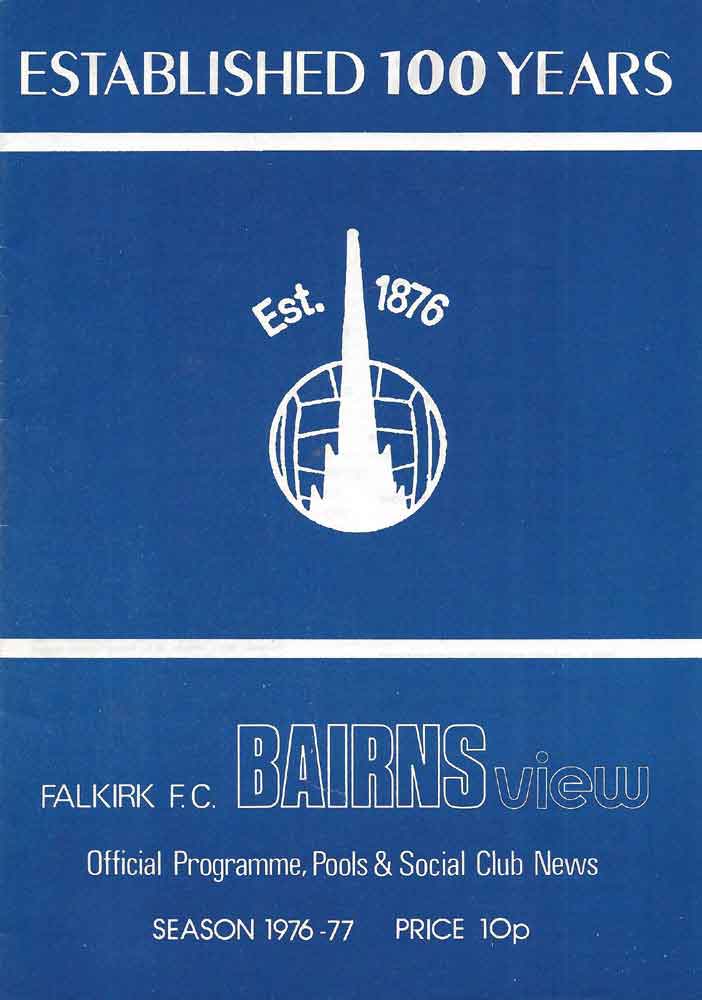 Three goals in the first 25 minutes at Brockville on Saturday were enough to dispose of Clydebank's last "easy" opposition for quite some time.

With more Bankies than Bairns in a sparse crowd, Falkirk applauded the visitors on to the park - then spent the first few minutes proving that they were no respecters of reputations.

Mackie and Leetion both came close as the home side went looking for an early goal.

But, as usual this season, first blood fell to the Bankies. Norrie Hall overlapped, his cross was headed on by Billy McColl, and the inevitable blond head of Joe McCallan sent the ball soaring past Watson in the Falkirk goal.

The goal settled Bankies, and they went further ahead in 22 minutes. Watson fumbled a hard, low McColl cross, and the jet-propelled Mike Larnach fired one of his rockets into the net.

Less than a minute later, Larnach repaid the compliment by sending over a cross which McColl thumped home from eight yards, to put Bankies three up.

Jim Lumsden replaced the injured Dougie Hay, and with Clydebank understandably easing up, Falkirk pulled one back just before half time. A long ball drifted over from the left, and the defence hesitated as Jim Gallacher completely missed the cross. Morrison had the easiest of tasks from a couple of yards out.

After the turn, Falkirk played some neat football, but it got them absolutely nowhere. They were completely punchless up front, which probably explains their lowly position in the league.

Holt replaced Nellies, which helped tighten up the defence, but Bankies still looked dangerous.
Larnach was out of luck after a fine pass from Callaghan, and after a scramble in the area Jim Lumsden saw a curling shot brilliantly held by Watson, low at his left post.

In the 55th minute, Falkirk were unlucky when Leetion shot past after some good leading up play by Clougherty and Cook

On the hour, Larnach scored No. 4 for Bankies after a move involving Hall, Lumsden and Cooper. Davie's pass was perfect for the centre, and Mike ran on, shrugged off a desperate tackle by Dunne, and slotted the ball past Watson.

Dunne was finding Larnach too hot to handle, and was eventually booked for persistent fouling as the centre went all out for his hat trick, and Bankies 90th League goal of the season.

A goal did arrive, but at the other end, as Falkirk pulled one back in the 75th minute. Clougherty was up with his attack to head home a cross from the left, and this seemed to spur the home side on.

Although Bankies were kept busy, it was obvious that they were coasting, and the final whistle brought hoards of Bankies fans on to the pitch to congratulate their heroes.

So Bankies finished this remarkable season with a comfortable win, and the fans went home happy. The news that Raith Rovers had been relegated just seemed to prove how far Bankies have comes this season, and just how much they have improved.

The Red and White Brigade can see how far Bankies have come this season challenging the elite of Scottish football next season and those displays against Rangers in the League Cup prove that visits to Kilbowie will be decidedly uncomfortable for the big boys.